This is an incredibly simple idea, but somehow we’ve never seen it done before. Forget expensive motion controlled timelapse sliders, why not use that old electric toy train you have collecting dust in the attic?

Okay, fine, not everyone has one of these just laying around, but if you have a toy train in storage, the folks at Granite Bay Software can help you turn it into a customizable motion controlled timelapse rig.

Granite Bay are the guys who make GBTimelapse, a desktop timelapse software for Windows that works with Canon EOS DSLRs. And all they had to do to create their toy train timelapse ring was combine their software with a Phidget Interface Kit 2/2/2, a Phidget SSR Relay Board, and a couple of batteries. 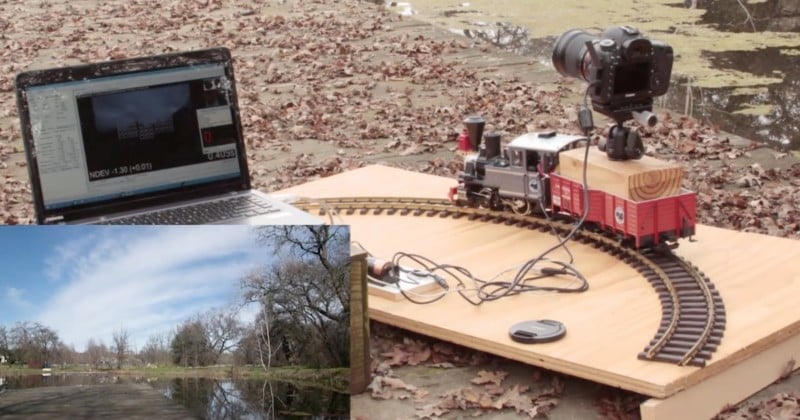 Wire it all up as shown in the video, and you’ve got motion controlled timelapse rig that you can customize to move along whatever path your train tracks can handle. Spin round and round a blooming flower, create a smooth straight slider motion, or get creative and do something totally novel—the possibilities are endless.

Unfortunately the video doesn’t include detailed, step-by-step instructions; however, the setup looks pretty straightforward even for someone who isn’t terribly technical. The only real downside is the compatibility limitations of GBTimelapse (Windows and Canon), but we’re sure one of you DIY experts can take this idea and expand it to work with other cameras/operating systems using a Raspberry Pi or something similar.

What Does Nikon Excel At?