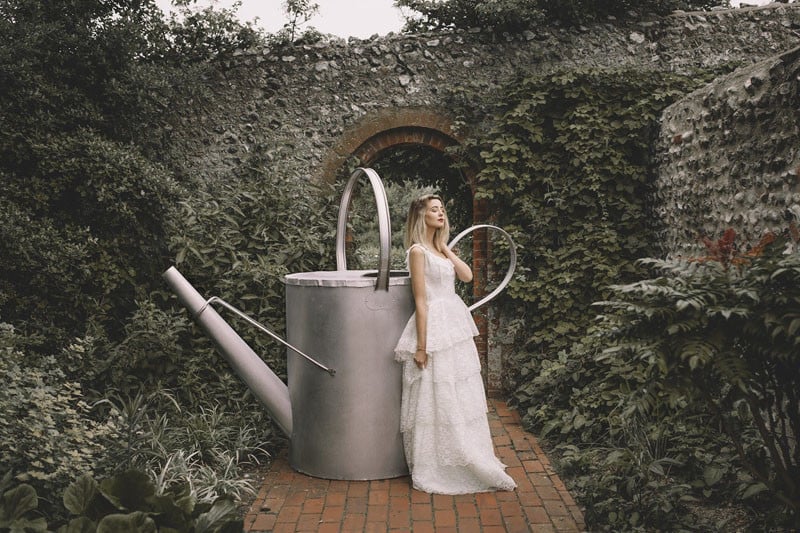 For the past two years, I have been working on a series titled GIANT. I started this project because, well, it seemed like it would be hella fun. And it truly has been — every agonizing moment of it.

I can’t say it’s been hard work. Very little of my life as a photographer has ever really felt like work, even when I’m shooting jobs I’m not really “into.” This series in particular, though, has felt like a dream! 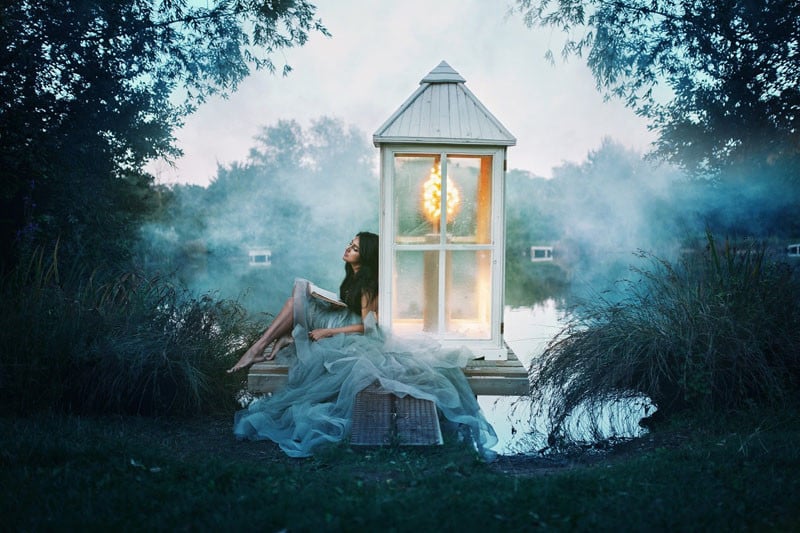 The driving force of the GIANT series was to create dreamlike scenes from my head without the use of extensive Photoshop – unusual, awe-inspiring images which are as real off-camera as they are in the photo. That is no easy feat, as the images that appear in my head are pretty damn ambitious and some are downright near impossible to create in real life. Luckily, two and a half years ago, I met my partner William Conolly, who was on board with the project and was able to build extremely ambitious props that brought my dreams to life. The driving force of the series was always to create an entire real to life scene in front of me, forgoing extensive Photoshop, to make the images as real to life as possible. 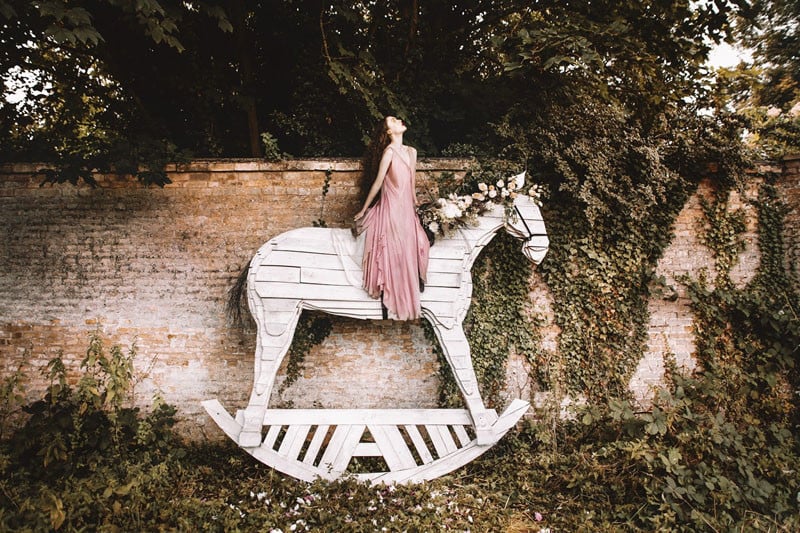 A lot of people ask: “why giant stuff?” Ok, well, it’s not a deep connection to stories I read as a child, or a link to the fact that I’m pretty short. It is, more simply, the unreal element in a real world that I adore!

I wanted a beautiful but realistic scene with an unrealistic element. By having the scene in front of me and having the props physically there, to me it meant the scenes felt more real to look at. 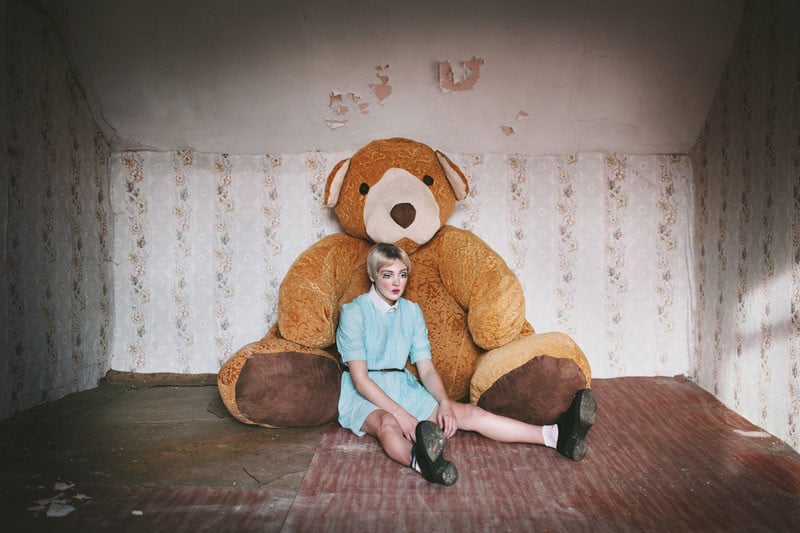 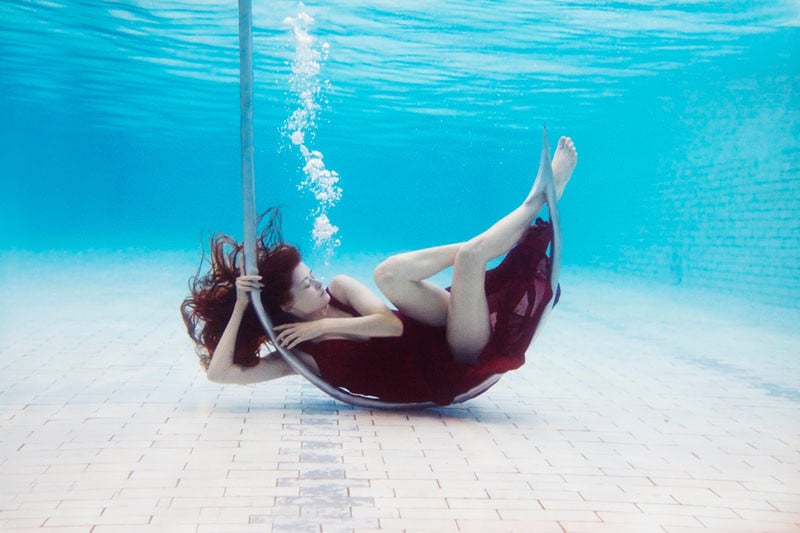 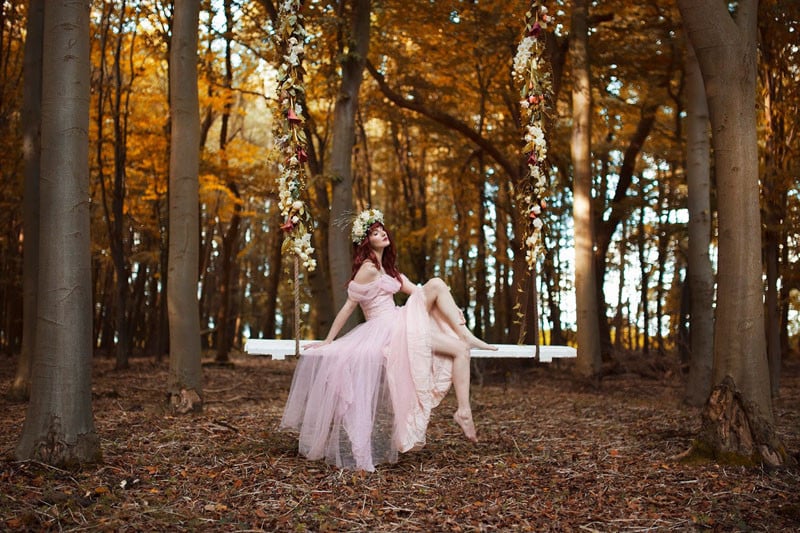 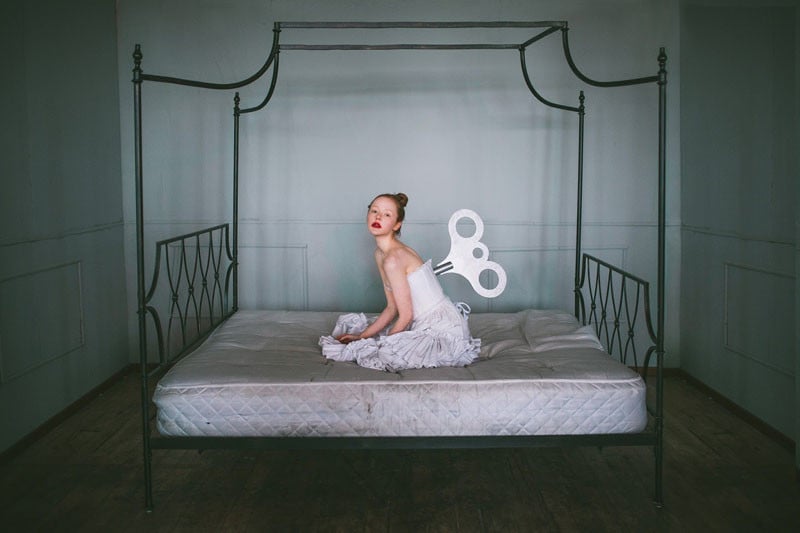 Since viewing (and subsequently fangirling over) the works of Tim Walker, who I of course have to mention, I found that I could lose myself in his images more than other ‘fantasy’ images. I think the fact he created scenes with no Photoshop really gave the real element to his work… it’s almost hard to explain, but his work felt believable and, although it also included strong fantasy elements, his work felt real! 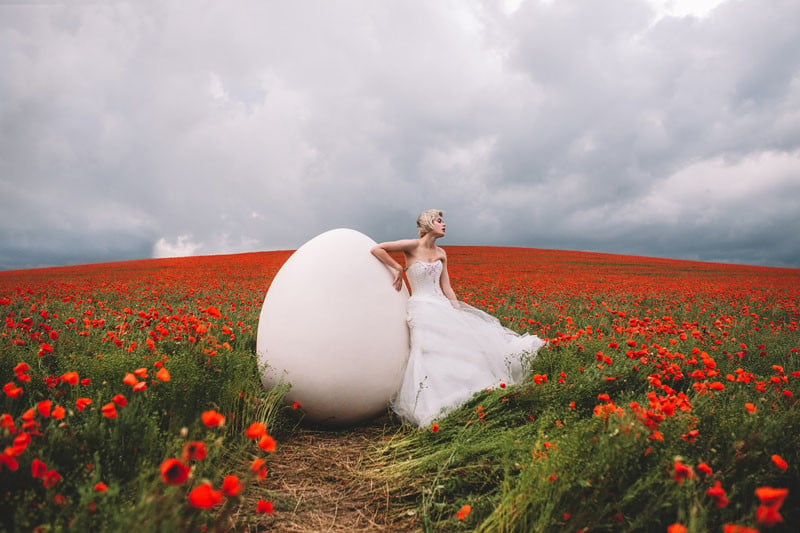 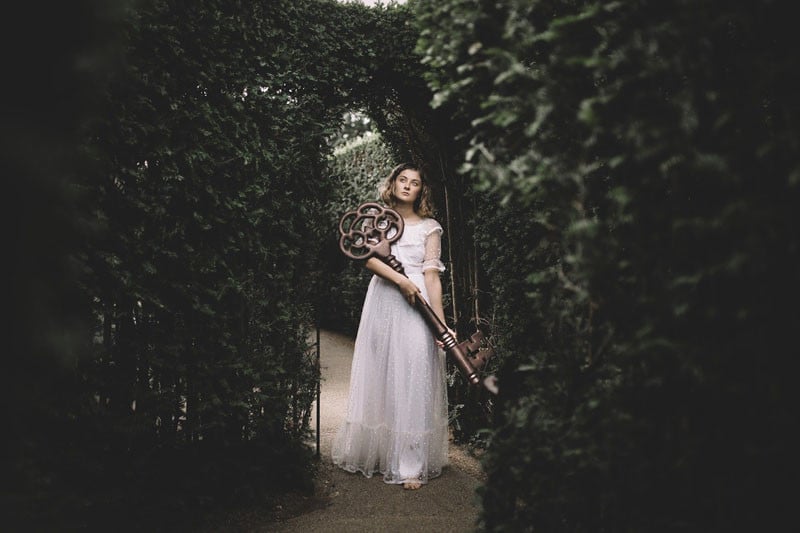 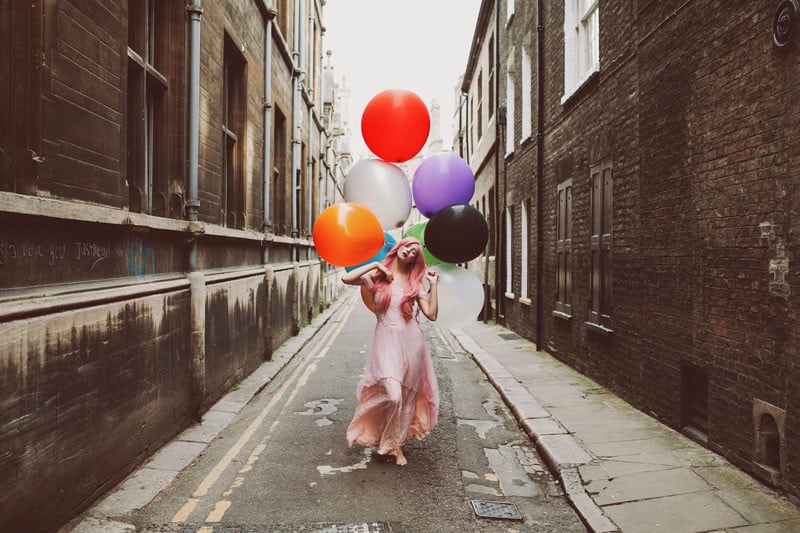 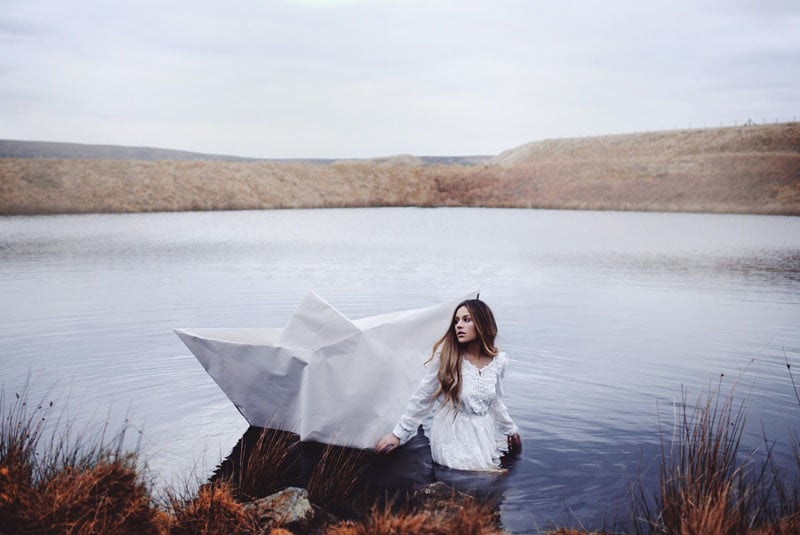 The images I have taken so far for the series are among my favourites of those I have ever taken. It’s seeing the images in my head come to life and the experience of shooting, and especially getting to collaborate with make-up artists, hair stylists, florists, and course my amazing partner William. 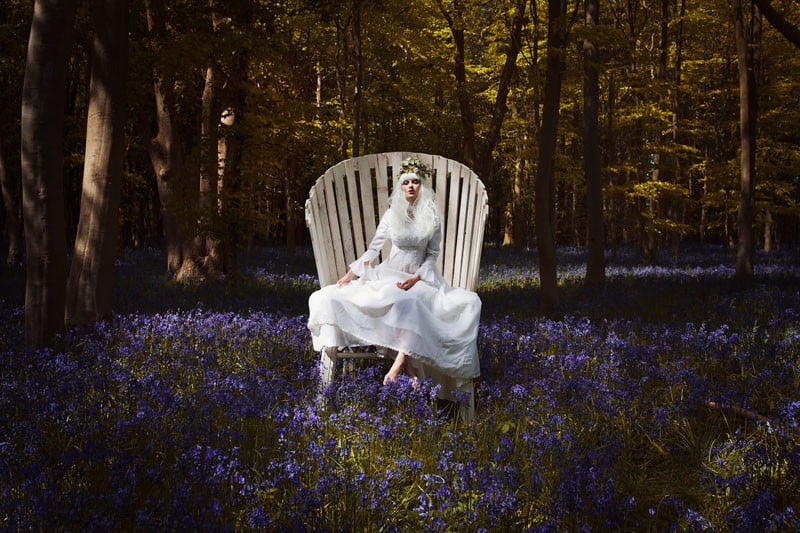 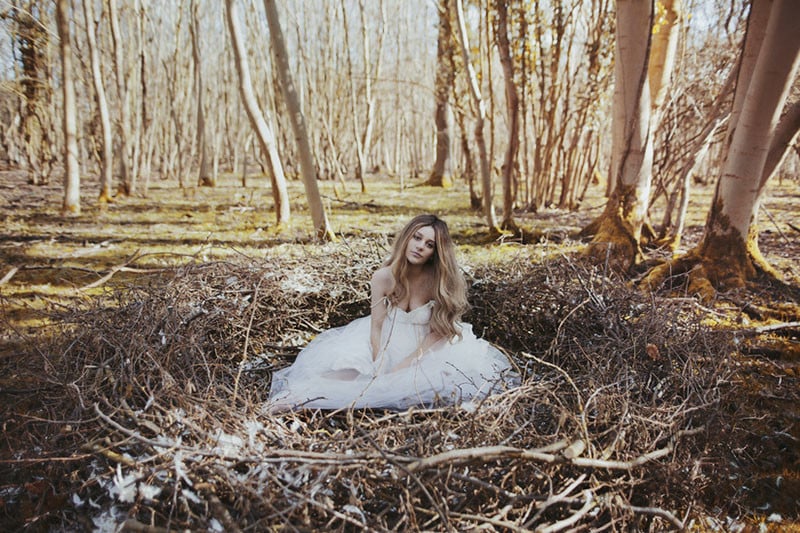 About the author: Alexandra Cameron has been a professional freelancer for over 4 years with experience in weddings, live and promotional band photography, actor headshots, events, fashion, beauty and self-portraiture. Mostly though she is a dreamer. Visit her website here and her blog here. You can also find her on Facebook, Twitter, and Instagram. This article originally appeared here.