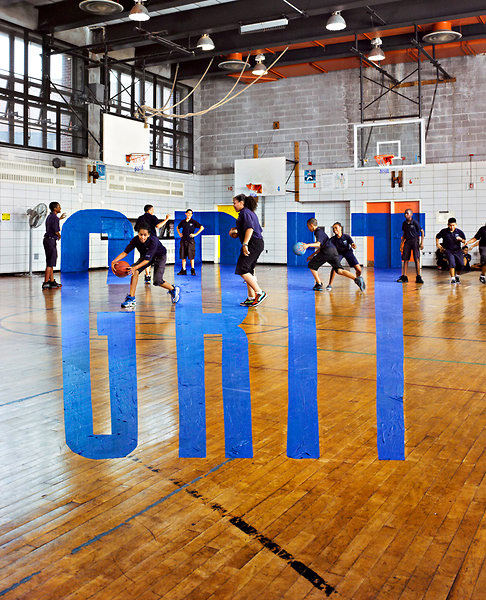 The giant “GRIT” seen in this photograph wasn’t added in post-processing. The secret? Blue painters tape.

Artist Stephen Doyle created the installation for a series of photographs that appeared in a recent New York Times Magazine article titled What if the Secret to Success is Failure?

Here’s a behind-the-scenes video showing how the “wordwork” was created:

What if the Secret to Success Is Failure? (via Colossal)

Photographing Native Mongolians Who Had Never Seen a Photo of Themselves

Nikon Says “I Am Coming”, Counts Down to Mirrorless Unveiling