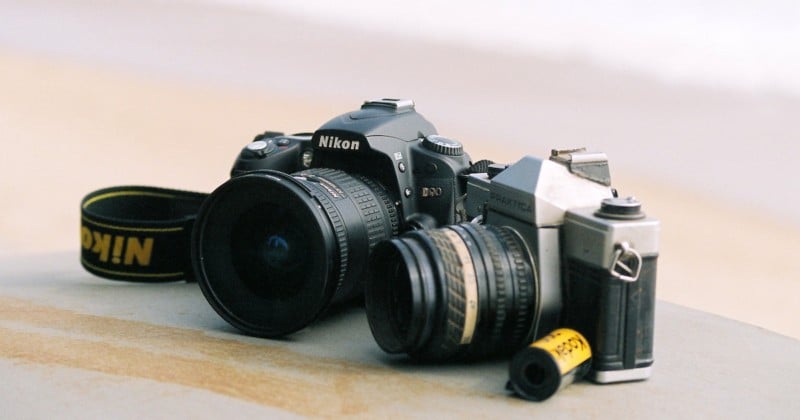 The digital revolution—and a revolution it was—enabled photographers to immediately start saving money after new equipment purchases. Sure, the quality sucked initially (and convenience was overstated) but after a few years, the whole thing really started to work properly, for the most part.

So that’s all good, except that we photographers ripped ourselves off in a few ways over the past 15 years:

Going to Digital Too Early

The first one is history, and we can’t do anything about it. Film was overall better than digital until about, say, the Nikon D3/D700 (though it’s outdated, its resolution is ample even for today).

We can learn though: despite the fact that I always recommend a mirrorless system to others, I maintain that DSLRs dominate a niche for a reason, and if you’re shooting fast moving sports you’d be better off with a DSLR for now (although I’ve seen great sports photos with the Leica M, which no doubt will keep some people up past their bedtime trying to argue against).

The second will always afflict us. We got our kicks by buying more film to feed into cameras which were often older than we were. But now we don’t have anything to buy except… new cameras. And more of them. Where’s the saving?

The third still afflicts us, and it’s not just the overweight DSLR bodies, either, with their redundant reflex systems (Leica must be pissed off that they have to support the S system for a while longer). Even mirrorless cameras carry this legacy, although to a lesser degree. While we acknowledge that mirrors are redundant, we haven’t quite acknowledged that, to a large degree, system cameras are also redundant.

The future of digital photography is seen in two cameras: the Lytro Illum and the Sony RX10 II.

The Lytro Illum has not been well-received by many. It makes not only SLRs redundant, it makes AF redundant. AF is, for now, the last feature that DSLRs have which can be said to be superior to other systems.

The Sony RX10 II has not only improved its image quality over its predecessor, it has gained a significant focal length increase at the same time. The image quality is great, right to the corners. It is this camera which will be the choice of most photographers by 2020 in my opinion.

One great thing about digital technology is that it allows more flexibility in sensor sizes. For most uses, the Micro 4/3 sensors are more than merely adequate—they’re excellent. You can’t get that level of detail with the same film size. You can say that film looks better, but you can’t say that it resolves more or that it’s cleaner.

The RX10 II uses a slightly smaller sensor than the Micro 4/3 standard (which is, if you didn’t know, one quarter the area of 8-perf 35mm). We refer to it as the 1-inch sensor. But technology has progressed so much that even a sensor this small can deliver excellent image quality.

When you look at the size, cost, and weight of a ‘full frame’ DSLR system—or even a mirrorless one—and you compare that to the RX10, something is going to click in your mind. Why do you need to have a separate camera, and separate lenses, all of which are rather large?

Not much will change overnight, but by 2020 I predict that a lot of photographers, even those who shoot sports, will be using the latest incarnation of the RX10. I’d be very surprised if press photographers aren’t using it at the Tokyo Olympic Games. Then again, some people just like to signal to others that they’re pros, and oversized cameras are a way of signaling that you are more serious about what you do than the average iPhone owner.

Sony knows that it’s cannibalizing its A and F/E systems (and also the equivalents from its competitors), but it doesn’t seem to care… which is good news for us. Think back to when Apple replaced the iPod mini with the iPod nano. Remember that the iPod mini was the best selling MP3 player at the time. Would you have preferred that Apple delayed progress, or are you glad that they accelerated it?

About the author: Karim Ghantous is a Melbourne, Australia-based photographer and blogger. The opinions in this post are solely those of the author. To read more by Karim, follow him on Photo.net or check him out on Flickr. This article was originally published as a forum post here.

Portraits of Refugees with Their Most Precious Possession