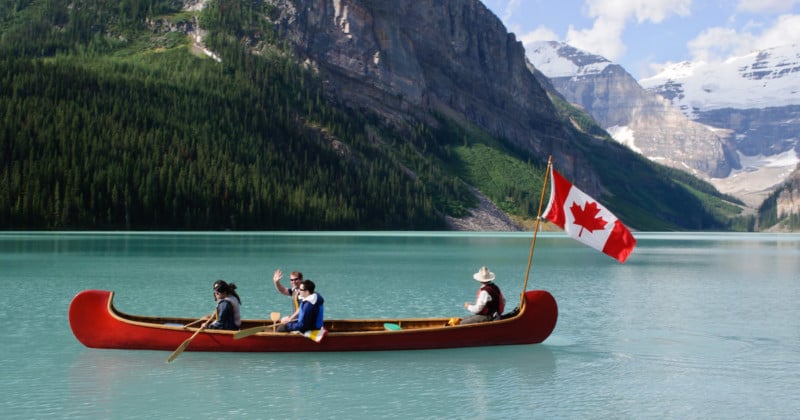 Parks Canada has been forced to make it illegal to carry a special type of radio receiver into three parks in Alberta and British Columbia, because wildlife photographers have been using them to locate collared animals in search of better photos.

These Very High Frequency (VHF) telemetry devices can be used to locate wild animals that have been tagged for the purposes of scientific research, but Parks Canada suspects that photographers have been using them to find animals like bears and wolves for photography purposes.

“We’ve had a few incidents where we’ve suspected that people, presumably after photos, have been using scanners within their vehicles to locate wildlife,” Bill Hunt, resource conservation manager for the Banff Field Unit, told the CBC. “We just wanted to put this in place to make sure that people understand that that’s considered harassing wildlife and is no longer lawful in those parks.”

“Those parks” include Banff, Kootenay and Yoho National Parks. As of today, if you’re caught bringing a VHF telemetry device into one of these parks, you can be found in violation of the National Parks Act and charged a fine of up to $25,000.

In the past, charging a photographer with harassing wildlife has been incredibly difficult because rangers had to show the link. Now, with the new rule in place, all they have to do is find one of these devices in your car.

Then again, if you’re harassing wildlife in search of photos, you have no right to call yourself a “wildlife photographer.”

Searching for a New Look at the Rio Olympics