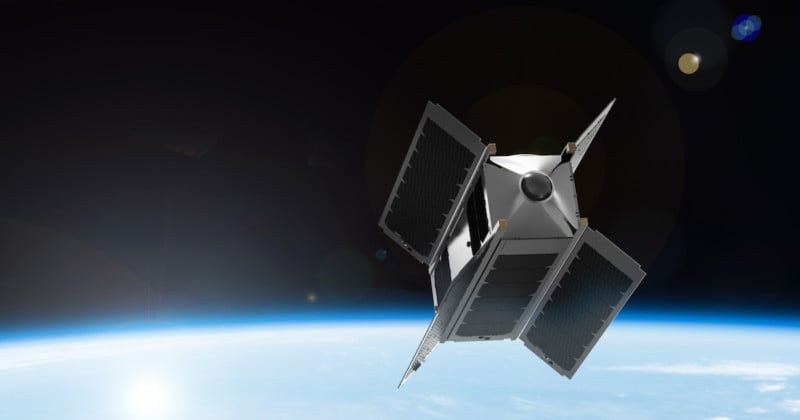 Virtual reality… from space. That, in a nut shell, is the appropriately named startup SpaceVR‘s goal. And in 2017, they will have achieved that goal when they launch the Overview 1 virtual reality satellite into low-Earth orbit.

The company has been working at this for a long time, and they’re finally reaping the fruits of their labor. After one failed Kickstarter and one successful Kickstarter helped them nab $100,000 towards their goal, they secured $1.25 million more in seed funding and have been off to the races ever since.

Earlier today, they all but sealed the deal when they signed a launch agreement with NanoRacks LLC to send the world’s first virtual reality camera satellite, the Overview 1, into space aboard the SpaceX CRS-12 Mission to the International Space Station.

“SpaceVR aims to give everyone the opportunity to experience the truly infinite, boundless Universe through virtual reality,” explains the company. “Its debut satellite, Overview 1, will use 4K sensors to capture extremely high resolution, fully immersive, 360-degree video of every breathtaking moment that occurs on our home planet.”

Plans have changed a lot since SpaceVR founder and CEO Ryan Holmes first came up with the idea to send a virtual reality satellite into space at a hackathon a year and a half ago, but it seems Holmes dream is finally set to come true. In 2017, the world’s first virtual reality camera satellite is scheduled to blast off into space… get your VR headsets ready.

(via SpaceVR via Digital Trends)

Gina LeVay Traveled Around the World to Photograph First-Time Olympians