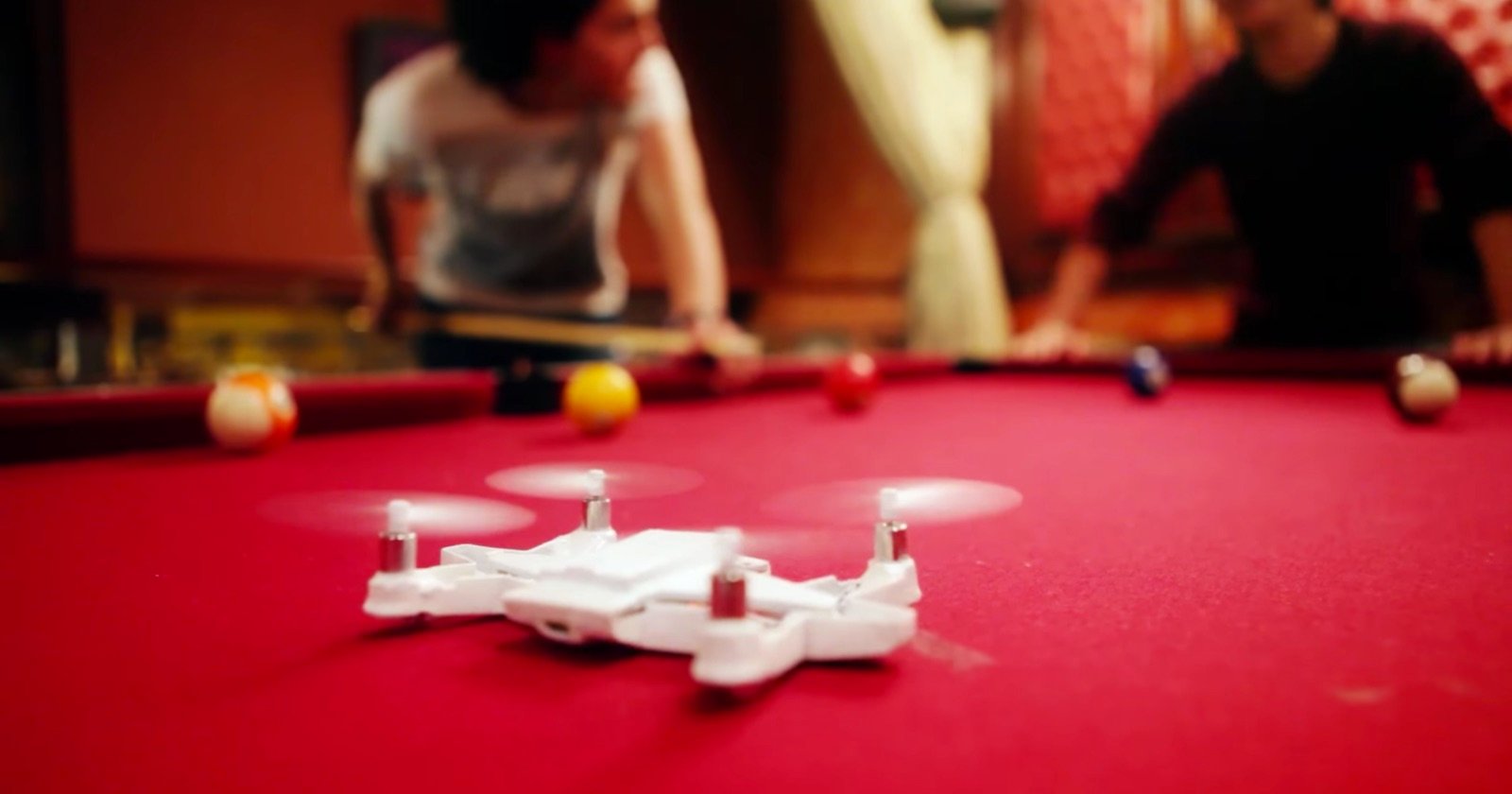 We’re a little weary about drone Kickstarter campaigns these days, but that hasn’t stopped people from flocking to a new campaign to fund the Selfly: a “Smart Autonomous Flying Phone-Case” that’s already raised over $150,000 by promising to put an autonomous drone in your pocket.

Selfly has taken the tech world by storm. The affordable, lightweight pocket selfie drone was created by Hagay Klein, an Israeli orthodontist who found his true calling creating gadgets instead of installing braces. Working in the office one day a week and building things the other six, Klein eventually came up with the idea for the Selfly: a pocket-sized camera drone that snaps flush into a smartphone case when it’s not in use.

Any time you want to snap an aerial photo or capture some video from above, the foldable rotors make it possible to simply pop the drone off your smartphone and launch it from the palm of your hand. The Selfly can then be operated from a smartphone app, capturing 8MP photos and 1080/30p video from the air while you and your friends pose.

Here’s an intro to the Selfly that Klein created for his Kickstarter campaign:

Unlike the doomed Lily Drone, Klein already has a working prototype he’s been showing off to interested reporters, so proof of concept is there. The little folding rotor drone can fly, it can capture video/photos, and it can snap right onto a universal case that fits any 4 to 6-inch smartphone.

There are also dedicated cases already planned for the iPhone 6/+, iPhone 7/+, Galaxy S6/7 Edge, Galaxy 7, and the Nexus 6. The drone-case isn’t what we would call “thin” per se, but at 9mm thick it can still slide comfortably into your pocket.

Here’s a demo of the drone given at The Verge offices in NYC:

In order to take the Selfly from concept to reality, Klein put the idea on Kickstarter where he’s already raised $154,000, nearly $30K more than his original goal. Barring any unforseen production challenges, this should mean the Selfly will indeed become a reality.

To find out more about the pocket-sized camera case drone or pledge your money towards a Selfly of your own, head over to Kickstarter by clicking here. The Early Bird deal will let you snag one for just $90, but even when those run out, a Selfly “camera kit” will only cost you $100.

Why I Got Rid of My Photography Gear