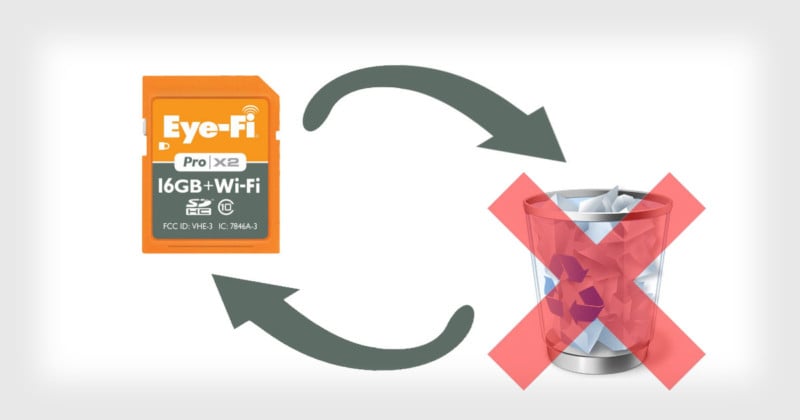 Eye-Fi, the Mountain View, California-based company that helped pioneer Wi-Fi memory cards, announced back in June that its older cards would be rendered largely useless after September 2016. Now, after the outcry of many angry customers, the company is now changing course: the cards will be stayin’ alive.

In an update posted on its website, Eye-Fi says they’re creating software that will allow photographers to keep using their older memory cards.

“We have started work on a new desktop software utility designed to enable impacted cards to continue operating beyond the previously announced EOL date of September 15, 2016,” Eye-Fi says. “The new software is called the ‘Eye-Fi X2 Utility’ (X2U) and will be provided free of charge as a download.”

Downloading X2U will allow the older memory cards to be more than bricks for photographer after September 15th “End Of Life” date. X2U lets those cards transfer photos to a desktop computer using an Infrastructure or Direct Network connection.

It’s not all good news, though: first, the functionality will be bare-bones and you won’t have the full features of Eye-Fi Center and/or Eye-Fi View. Secondly, the software will be a one-time release, so there will be no further improvements of functionality or fixes of bugs once it’s out. Finally, Eye-Fi is only committed to offering the software on Mac OS X at this time.

“We are also exploring the feasibility of offering the X2U on the Windows platform but are unable to commit to availability at this time,” the company says. If you only use Windows and Eye-Fi never releases for you, you’re out of luck.

If you’re interested in downloading Eye-Fi X2 Utility when it’s released, keep your eye on the Eye-Fi community page.

DIY Tip: Use Your Bathtub for Better Product Shots on the Cheap