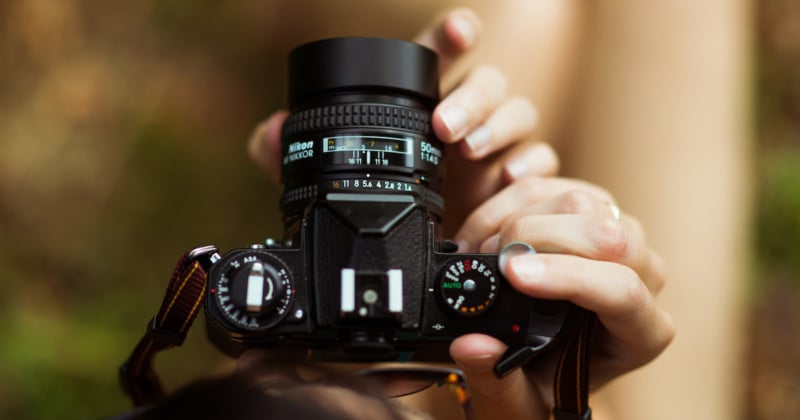 Welcome to the world of photography, where geeky scientists make great lenses… and use all their secret codes to confuse consumers. Fret not, this guide will explain those EF-S, STM stuff to you, and a small history lesson to help you better understand. 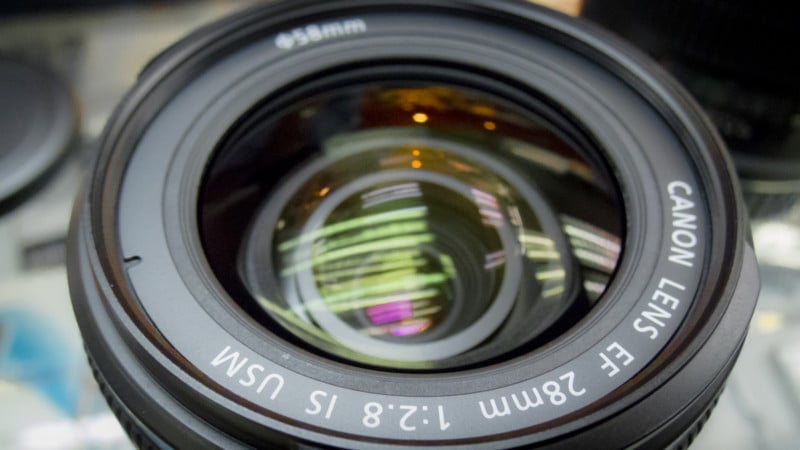 Unlike Nikon which has stuck to their “F-mount” for a long time, Canon has a history of changing their mount systems.

1987: EF Mount (EOS series). All previous R, FL and FD mounts can no longer be used on an EF camera. But adapters are easily available.

2003: EF-S Mount. These lenses are designed for Canon’s crop-sensor APS-C cameras, which allow the rear element to protrude farther into the body of the camera. Because of this, crop sensor cameras can use EF lens, but not the other way: an EF-S lens cannot be mounted onto a full-frame Canon camera.

2012: EF-M Mount. A new standard for the Canon mirrorless systems, nope, these don’t mount onto the EF-S systems. Not without an adapter.

Canon seem to love glorifying their auto-focus motors. I don’t understand either, but here goes.

AFD: Arc-Form Drive. The first autofocus motor used in Canon EF lens. Slower, louder and not that fast to react… does not have manual focus override either. Which can be a pain sometimes when shooting in low light.

MM: Micro Motor. Basically, this is the smaller version of the AFD motor. Similarly, does not have manual focus override. The noise is audible, but not that annoying.

STM: Stepper Motor. Gradually becoming the “default motor” for the more budget Canon lens. Designed to be a little faster than the AFD, and uses a special motor for smooth and silent focusing during video recording.

PZ: Power Zoom. The lens has a dedicated motor for zooming (or changing the focal length). I am not too sure about this… who is too lazy to turn a ring? There’s even an adapter for power zoom. Power Zoom makes sense for pancake or extending lens, but for a “longer lens” which has space for a zoom ring, it’s just weird.

Macro: A lens designed to be able of focusing very close up to the subject.

Compact Macro: Not too sure if there are other compact macro lens other than the EF 50mm f/2.5. Yep, it’s 50mm and it’s macro. But instead of the 1:1 full size macro, the compact is 1:2 half life size macro… a converter is available to make it full size macro though.

MP-E: Very high magnification lens, up to 5:1. You can call it a microscope. Again, not sure if there are other Canon lens with MP-E other than the Mp-E 62mm f/2.8.

TS-E: Tilt-shift. This lens is unique, expensive, and manual focus only.

SSC: Super Spectral Coating. Basically a special lens coating that minimizes reflections and boosts contrast. All modern Canon lens are multicoated “by default”, so you will only find SSC marked on the older Canon lens.

DO: Diffractive Optics. Technical features aside, lenses with the DO marking feature multiple special lens elements with “diffractive gratings” (parallel grooves) that change the direction of light rays. These lenses are smaller, lighter, and very good at cancelling out chromatic aberration when paired with a refractive convex lens element. DO lens are marked by a green band.

Softfocus: These lenses produce soft images deliberately. Well, it’s all about that retro dreamy creamy effect. No longer popular, they are not produced anymore. You might be interested in buying a cheap softening filter instead… or just rub some Vaseline on your UV filter. L: Luxury. Spot that red ring on the lens? It is Canon’s way of saying it’s a “cream of the crop” lens. Red rings are typically more expensive than their “normal” counterparts. But you can rest assure you are getting quality optics with that ring… and price.

Roman Numerals (I, II, III, etc…): Canon makes their lens and cameras like space ships. These Roman Numerals are simply the “revision number” or upgraded version (e.g. Canon EF 24-70mm f/2.8L II USM). That “II” means it is the “mark 2” of the lens, supposedly with better optics and stuff. These same roman numerals are applied to Canon cameras as well (e.g. Canon EOS 5D III). 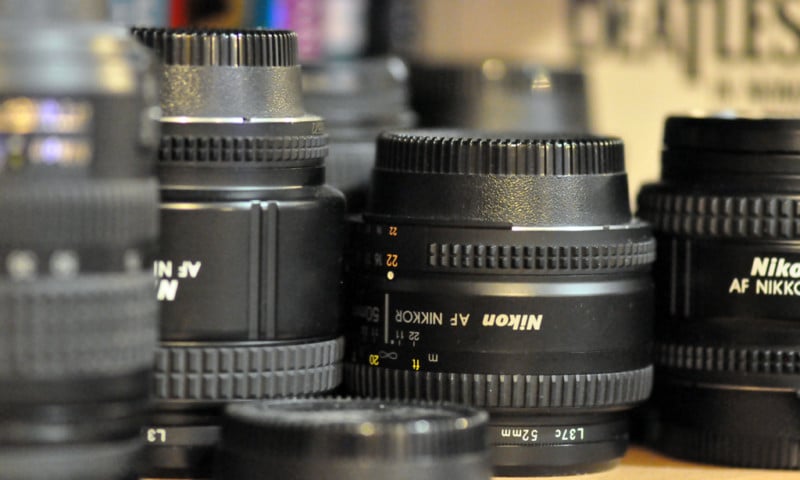 When dinosaurs walked the Earth, lenses were totally manual—not just in terms of focusing, but also in terms of exposure metering. There was no auto-focus or “auto”, “aperture priority”, “shutter priority” or “program” modes.

It was not until 1977 that Nikon made a huge advancement with “Automatic Maximum Aperture Indexing… or just “Auto Indexing (AI)” for short. The AI system itself, in layman terms, made the lens “smarter” and allowed cameras to have those “auto exposures” mode. The AI system had many upgrades over the years.

While later, Nikkor lens no longer have “AI” decorated on them, the AI technology is present in all of them “by default” in a way.

In 1986, Nikon debuted the “next big thing” in their lenses. That is: auto-focusing.

AF: Auto Focus, yep, the raw basics that this lens has auto-focus mechanism.

The one thing you need to note about Nikon lens is the integrated focus motor. Yep, some Nikon lens have auto-focus but do not have their own motor—you need a Nikon camera with a built-in motor or that lens is as good as manual focus.

Now for a few more note-worthy things in regards to auto-focus (and the related terms).

IF: Internal Focusing. A feature of optical construction that allows the lens to focus without the lens barrel changing length or the front element rotating.

AF and AF-S lens are further categorized… or rather, they have evolved over the years.

G-Type: All modern and later lens built beyond this point no longer have an aperture ring. Since technology has grown so much, and the aperture is controlled via the camera instead now.

Nikon lens use the “F-mount” standard since 1959, and it has not changed. But please note that not all camera bodies and lenses are backwards compatible—mounting some older lenses on a newer camera body may even result in damage. So please do your research before you slap an old lens on.

Also, lenses built for the Nikon mirrorless systems are different and will not mount on “F-mount” systems. See “CX” below.

FX: Lens built for “full-frame”, or the 35mm film equivalent. FX will never be scripted on the lens, because all F-mount lens are FX “by default”… Unless indicated by “DX” below.

DX: This lens is specifically designed for APS-C DX camera bodies (or crop sensor). DX lens will work on FX cameras. But you need to set the shoot mode to “DX lens”, and you will get less resolution due to cropping.

CX: This lens is made for the mirrorless systems. Again, CX will not be scripted on the lens. But if you see a lens with the title “1 NIKKOR”, that is a CX lens.

Nikon calls their stabilizing system Vibration Reduction (VR), and the later upgrade VR II. Nothing too fanciful, but most tripod users tend to switch the VR off instead.

Micro: Or call it Macro, designed to be capable of focusing very close up to the subject.

DC: Defocus Control lens allow the control of the out-of-focus parts of the focus. AKA Bokeh. The results are subtle though.

ASP or AS: This lens has at least one aspherical lens element, which is good for correcting coma and other aberrations.

ED: Extra-low Dispersion. Glass that do not disperse the light as it enters the lens, better sharpness and reduces chromatic aberration. Used in most modern top line Nikon lens.

FL: Fluorite Lens. These lenses feature lens elements made of Fluorite, a “monocrystal optical material” that is significantly lighter than optical glass while also being better able to deal with chromatic aberration. Not to be confused with “fluorine coat,” a coating Nikon puts on some lenses to repel dust, water droplets, grease, and dirt while also contributing an anti-reflective effect.

PF: Phase Fresnel. Nikon’s version of Canon’s DO lens elements. Like DO elements, PF elements feature parallel grooves or “diffractive gratings” to alter the path of light rays. When paired with a refractive lens element, the two together cancel out chromatic aberration. 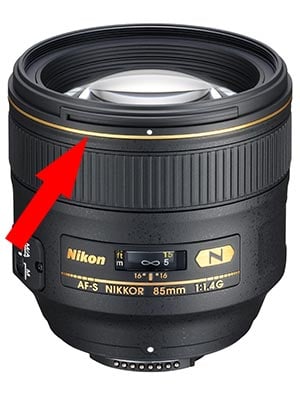 Editor’s note: There were a few inaccuracies (and omissions) in the article above at publication that have now been corrected. Thank you to all the readers who pointed things out!

About the author: W.S. Toh is a self-taught photographer from Singapore with an increasingly heavy gear bag and, consequently, an increasingly light wallet. You can find more of his work on his website. This article is a combination of two posts published here and here.

Image credits: Nikon D800, meet Nikon FE by Chase Elliott Clark; Into the Lens by stratman2; Some Lenses by poppy.

This Plane Trails Photo Was Made by Stacking 2,655 Photos

Turning a Mountain Biking Trail Into an Outdoor Photo Gallery