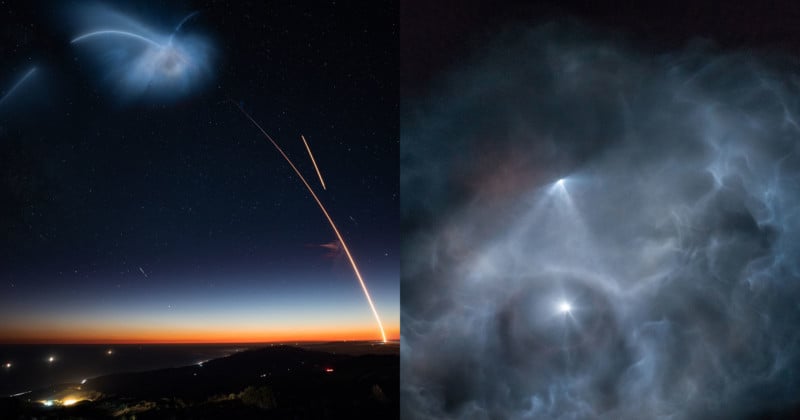 A bright a dazzling light show appeared in the Southern California sky last night, and social media was flooded with snapshots by people who wondered if they were seeing an alien invasion. It was actually a SpaceX rocket — the first time billionaire Elon Musk’s company has landed the Falcon 9 rocket’s reusable first stage on the West Coast.

All previous Falcon 9 launches had been from Cape Canaveral, Florida.

The rocket was launched at 7:21 p.m. PST from Vandenberg Air Force Base about 160 miles northwest of Los Angeles, and the first stage returned and landed at the bast roughly 8 minutes after the rocket took off (the second stage delivered an Argentinian to space). The separation of the first stage and the rest of the rocket created a large, illuminated “nebula” plume in the sky that people on the ground could see from great distances.

What you’re looking at is the first launch and landing of the @SpaceX Falcon 9 rocket on the West Coast. The rocket took off from Vandenberg Air Force Base at 7:21 p.m. and landed safely back on Earth. 🚀 pic.twitter.com/8AKjGptpps

Here are SpaceX’s official photos showing a light trail view of the launch as well as the nebula in the sky: 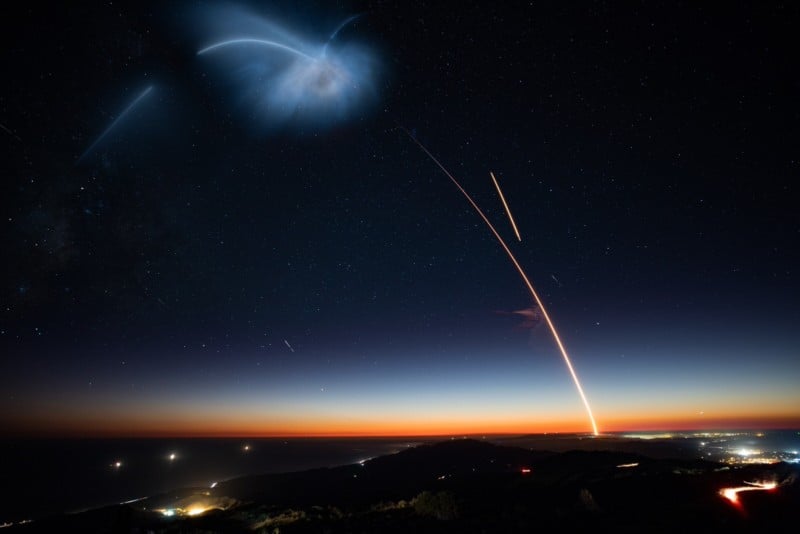 Today we’re seeing other beautiful photos, videos, and time-lapses emerge that show the launch in different ways and from different perspectives.

View from my backyard of the @SpaceX Falcon 9 launch. pic.twitter.com/i4RtzLziSz

A SpaceX launch of a Falcon 9 rocket from Vandenberg Air Force Base lights up the sky 250 miles north in a view from Mount Hamilton. (Karl Mondon/Bay Area News Group) pic.twitter.com/Jjt90V8oDD

Hoping this is #SpaceX pic.twitter.com/wTSpedEuAv

Well this is beautiful #SpaceX pic.twitter.com/lCvGW8Fudc

Here’s a real-time video showing what people saw from the ground:

You can also watch a replay of the full SAOCOM 1A launch in this 31-minute SpaceX video.

On Leaving My Flashes at Home for a Portrait Shoot