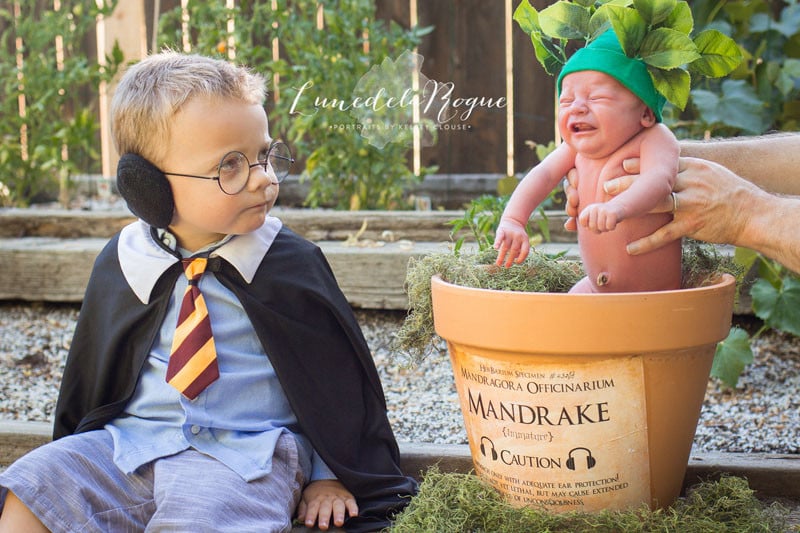 For a Harry Potter-themed newborn shoot she did recently, photographer Kelsey Clouse made portraits of the tiny baby as a screaming mandrake.

In the magical world of Harry Potter, a Mandrake (the Mandragora) is a plant that has a root that looks like a human. The cry of a mature mandrake is fatal to anyone who hears it, but the scream of a baby mandrake will just knock you out for several hours. 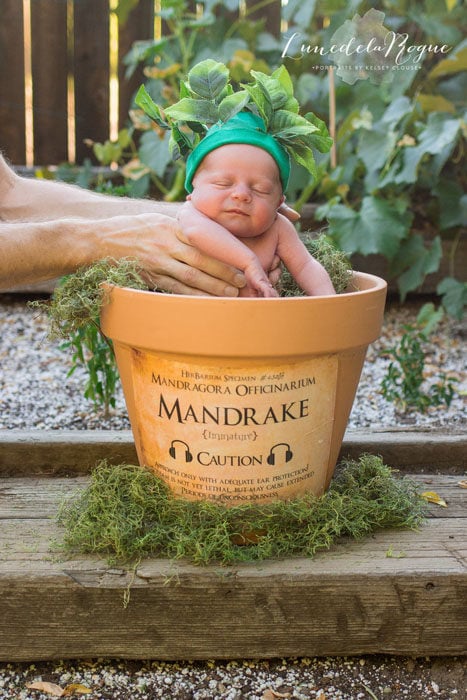 Shooting Basejumpers from a Chopper and Kayakers with Drone Flashes