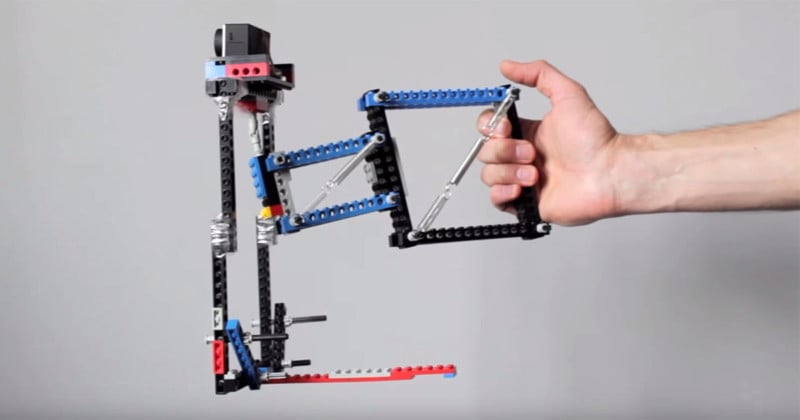 Advanced camera stabilizers are becoming cheaper and cheaper these days, but if you’re the type of person who enjoys building the things you use, here’s a neat tutorial for you. Product Tank released a 7-minute video showing how you can create a DIY stabilizer using LEGO pieces.

“I’ve used a GoPro Camera, but if you own another small video camera or a smart phone, you can easily adapt the design to suit what ever you have, as long as you understand the principles,” Product Tank says.

It’s a fun, low-tech way to add a bit of stability to your shots.

The build you see in the tutorial above is a simplified version of a first version Product Tank created back in 2014.

“I have greatly simplified this build from the previous design, so that it is easier to make and uses less Lego, so will cost less to build than the previous design if you don’t already have enough Lego lying around from your childhood,” he says. “I like making things and I like making camera stabilisers, they appeal to me because of the principles and the fine tuning involved.”

“But if making things is not where your passion lies and you just want to get straight to the filming, camera stabilisers are now so inexpensive, it would make much more sense to just purchase one.”

P.S. Product Tank is the same channel that showed off a prototype tripod last year that can easily be extended, adjusted, and collapsed with one hand.