Fujifilm made much of the speedier performance in the brand new Fuji X-T2. Burst mode (with the attached booster grip) is 11fps, EVF blackout had allegedly been improved “to the extreme,” and AF-C had also seen substantial improvement. But how does the speedier new camera compare to a DSLR when shooting fast action?

That’s what photographers John Lehmann and Jimmy Jeong of YouTube Channel John & Jeong decided to find out in their latest head-to-head challenge video, pitting the X-T2 against the Nikon D810 at a horse race. The Nikon was being shot with the Nikkor 200-400mm f/4G with an attached teleconverter; the Fuji with the XF 100-400mm f/4.5‑5.6. 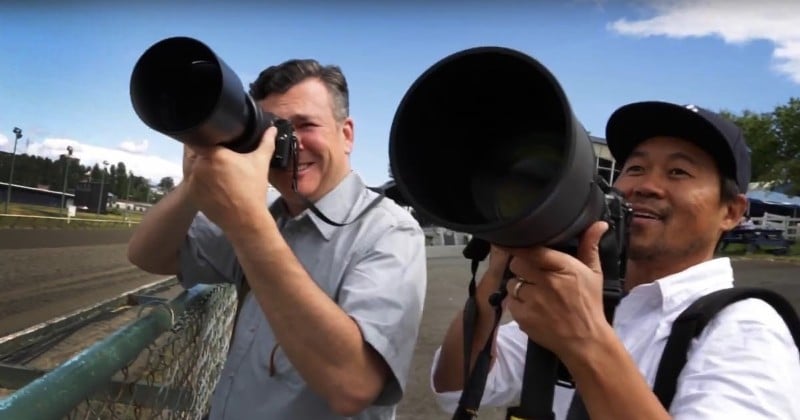 The head-to-head comparison is supposed to highlight any strengths and weaknesses the mirrorless APS-C shooter has when compared with a full-frame DSLR. Neither camera is necessarily made for shooting fast action, but that’s part of the reason it’s a solid comparison: testing the Fuji agains a Nikon D5 or Canon 1D X II would be no-contest.

Instead, John and Jeong wanted to see if the faster AF-C, speedier performance, decrease in EVF blackout and other improvements Fuji made would allow the X-T2 to compete for pro shooters who often find themselves shooting fast action—whether that’s sports, reportage, or wildlife.

Watch the battle for yourself up top, and then let us know what you think in the comments. Would you be willing to switch to the X-T2 from a comparable DSLR based on these results?