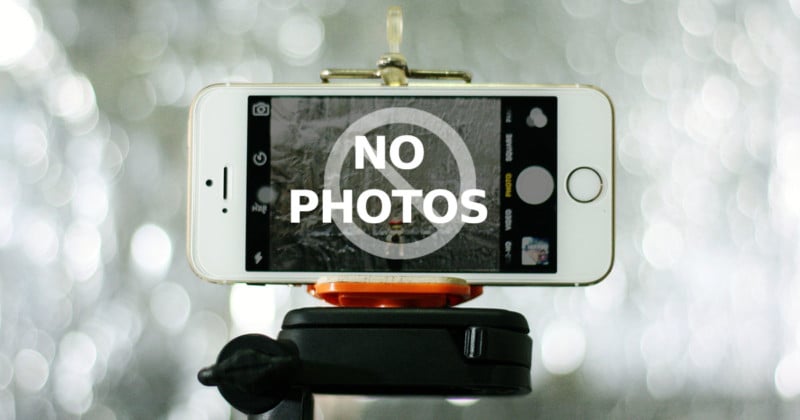 Apple has been awarded a US patent for a system that could disable iPhone cameras with infrared signals, allowing photography to be remotely banned in locations such as concerts and sensitive sites.

The concept first caused controversy when the patent application surfaced back in 2011, with many people worried that the technology could prevent freedom of speech and freedom of the press.

If you love going to concerts and hate the fact that you’re often standing in a sea of iPhone cameras being held up by other concertgoers, you might also love the system described in this patent that Apple now owns.

Future cameras could be designed to detect special infrared signals and respond in certain ways. One special signal could be used to disable the iPhones camera, preventing both still photography and video recording.

“For example, [the transmitter] can be located in an area where photography is prohibited and [the infrared signal] can include encoded data that represents a command to disable recording functions,” the patent reads. “In some embodiments, a transmitter can be located in areas where capturing pictures and videos is prohibited (e.g., a concert or a classified facility) and the transmitters can generate infrared signals with encoded data that includes commands temporarily disabling recording functions.”

An illustration in the patent shows what when the camera is disabled, your camera app will simply display the message “RECORDING DISABLED.” What’s concerning is that the same technology could be used in all kinds of locations and situations. If abused, the feature could also presumably be used to interfere with the public’s rights to legally photograph and shoot video.

So far there’s no word of any such system being implemented in the real world… yet. With the patent in hand, however, Apple could start making the concept a reality in the near future. If you’re interested in reading the patent for yourself, you can find it on the USPTO website.

These Gunshot Photos Were Shot with Bullets, Not Cameras