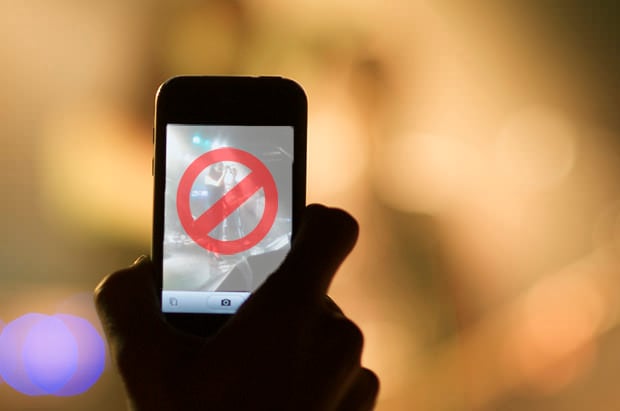 In June of last year, we reported on an unsettling patent filed by Apple that would allow certain infrared signals to remotely disable the camera on iPhones. It showed the potential downsides of bringing cameras into the world of wireless connectivity, which appears to be the next big thing in the camera industry. Now, a newly published patent is rekindling the fears of those who don’t want “Big Brother” controlling their devices.


U.S. Patent No. 8,254,902, published on Tuesday, is titled, “Apparatus and methods for enforcement of policies upon a wireless device.” 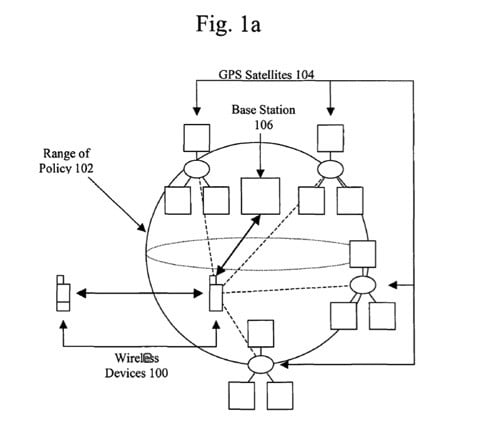 Apparatus and methods for changing one or more functional or operational aspects of a wireless device, such as upon the occurrence of a certain event. In one embodiment, the event comprises detecting that the wireless device is within range of one or more other devices. In another variant, the event comprises the wireless device associating with a certain access point. In this manner, various aspects of device functionality may be enabled or restricted (device “policies”). This policy enforcement capability is useful for a variety of reasons, including for example to disable noise and/or light emanating from wireless devices (such as at a movie theater), for preventing wireless devices from communicating with other wireless devices (such as in academic settings), and for forcing certain electronic devices to enter “sleep mode” when entering a sensitive area.

If this type of technology became widely adopted and baked into cameras, photography could be prevented by simply setting a “geofence” around a particular location, whether it’s a movie theater, celebrity hangout spot, protest site, or the top secret rooms at 1 Infinite Loop, Cupertino, California.

Companies often file patents for all kinds of random technologies that never end up seeing the light of day, so you shouldn’t be too concerned about this latest document. It’s just a warning of what the future could potentially hold.