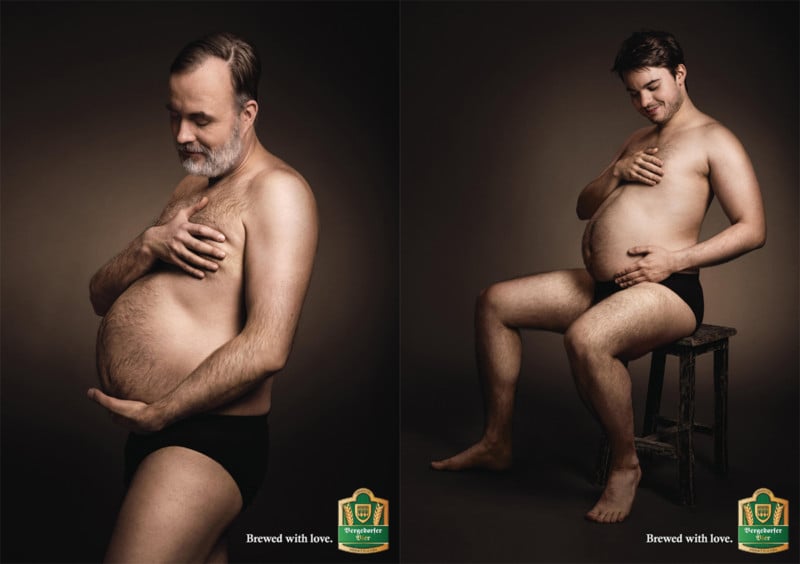 There’s something incredibly touching about a photograph of a mother-to-be cradling her belly and gazing sweetly at her unborn child. Unfortunately, thanks to these beer ads, you’re never going to be able to look at those photos the same way again.

German brewery Bergedorfer Bier’s slogan is “brewed with love,” and together with Hamburg-based ad agency Jung von Matt/Alster they decided to capture that slogan through the magic of what might be called “beer belly paternity photography.”

Each of the three ads they created shows a man holding and gazing lovingly at his beer belly—a tender moment between man and gut. 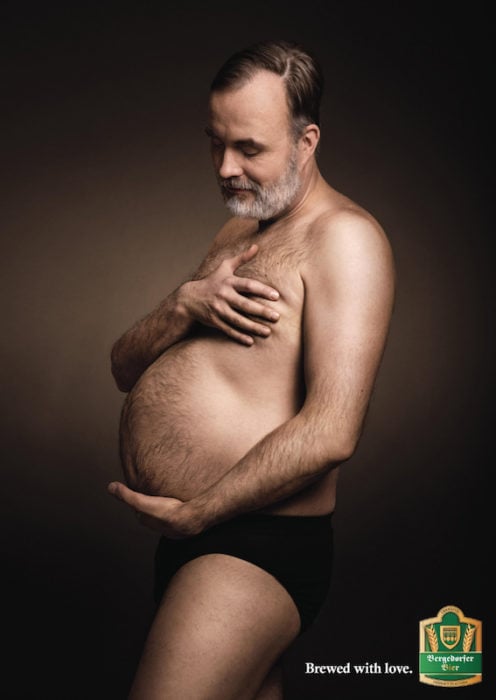 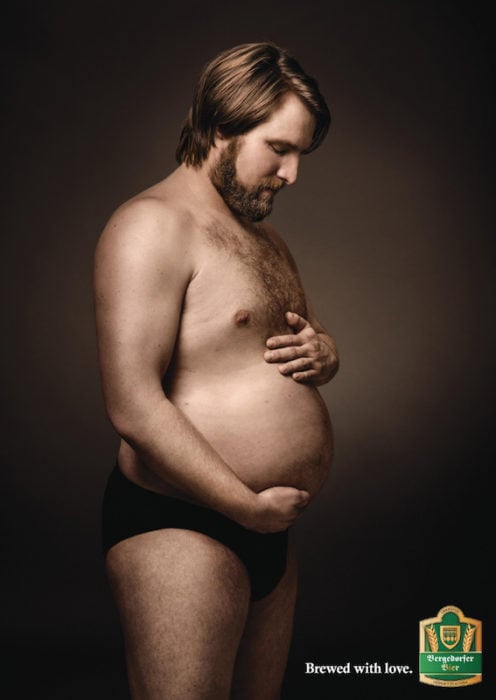 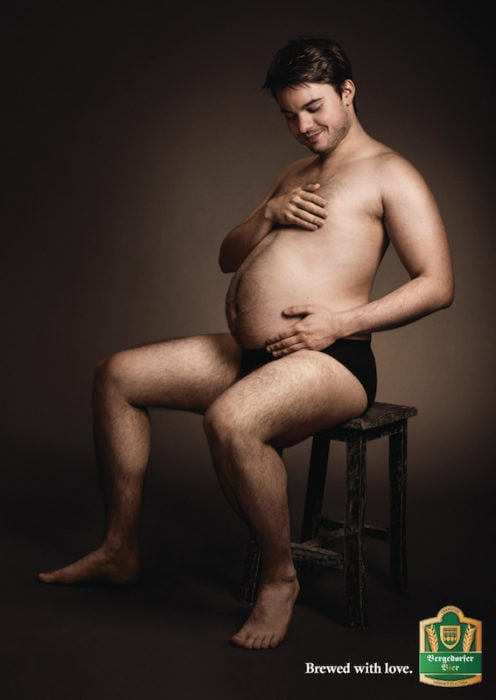 (via Adeevee via Bokeh)