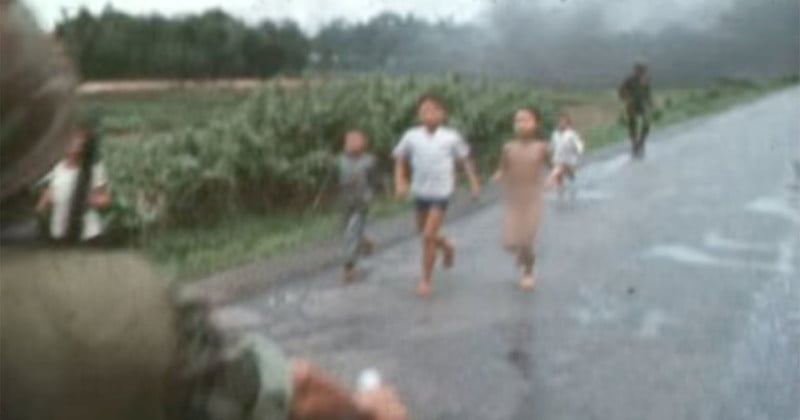 Nick Ut’s ‘Napalm Girl’ photograph is one of the most iconic conflict images of all time, and this short video shows you the horrifying moments before and after the photograph was taken. (Warning: The footage in this video is graphic and upsetting — proceed at your own risk.)

The old British ITN News film shows everything from the South Vietnamese planes dropping napalm on the village near Saigon, to the moment women and children began streaming up the road, badly burnt and crying for help.

We’ve already provided one warning, but before embedding the YouTube video I feel compelled to say once more: this video is not for the faint of heart.

If you watch closely, you can see the moment right before Ut snapped the iconic photograph—from about 0:54 to 0:58. Comparing that footage and the original Pulitzer Prize-winning image from the AP, we’d guess the camera cuts away right before the famous photo was shot. 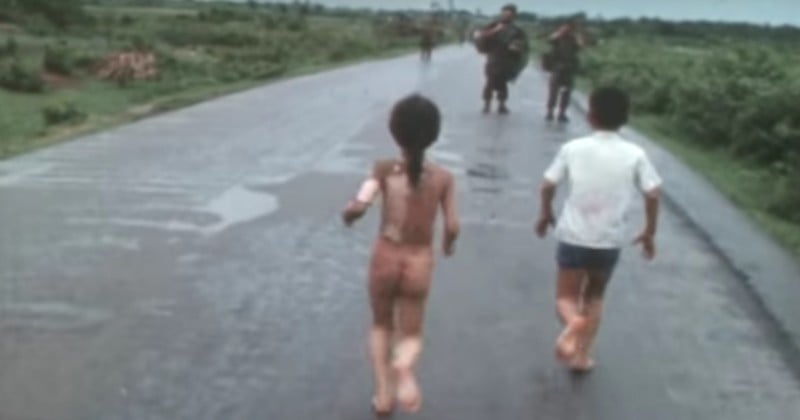 Iconic conflict photographs like these often feel like realities in and of themselves, removed from the moving world around them, horrifying context filled in only by captions and (to whatever extent we allow it) our imagination. This video gives you the context in the form raw footage, and it’s startling.