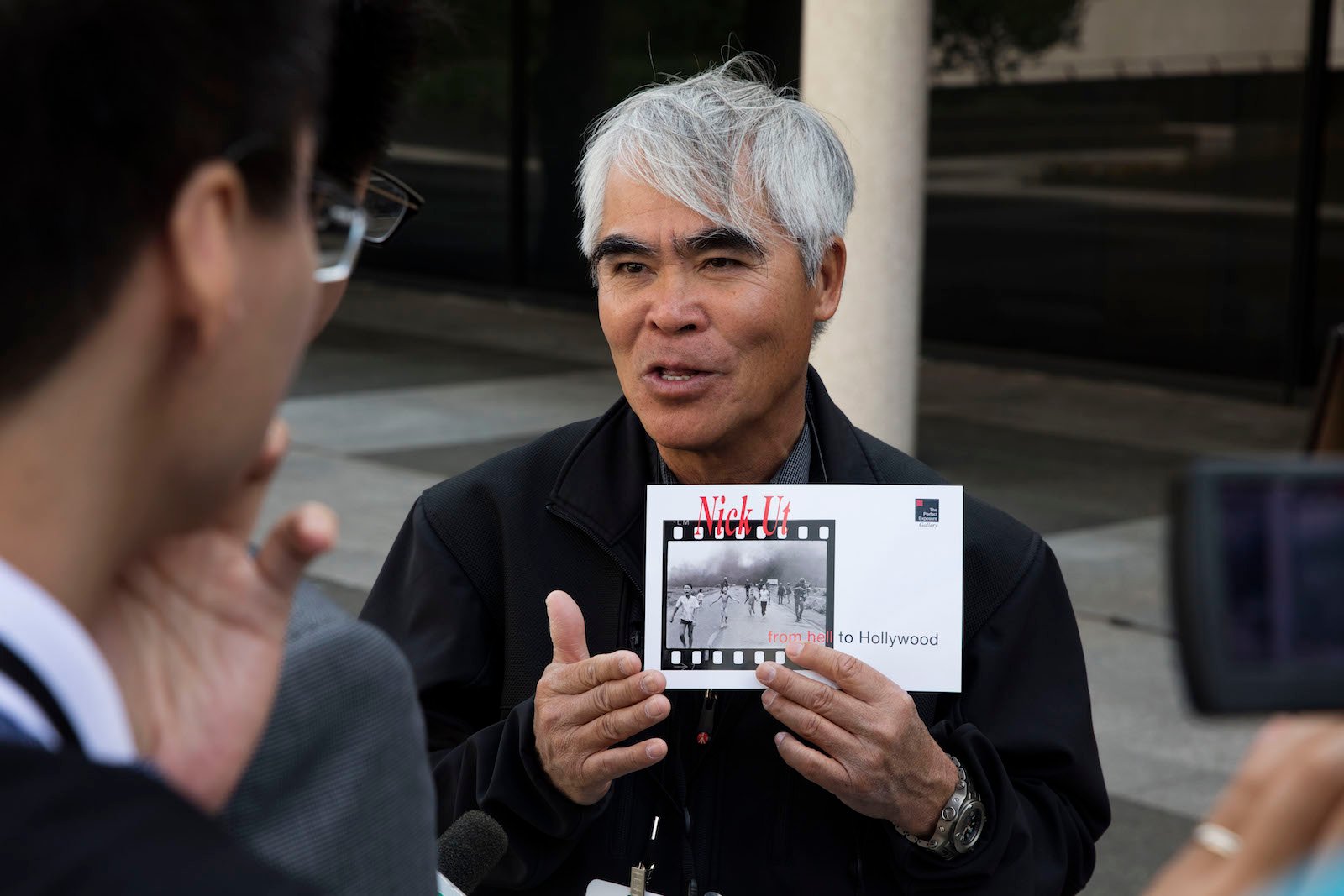 Nick Ut, the Pulitzer Prize-winning photojournalist behind the iconic photo “The Terror of War” known by many as “The Napalm Girl,” has announced that he is officially retiring.

Ut was just 21 years old when his most famous photo was published in the Summer of 1972. Now 65 years old, he caps off an incredible 51-year career with the Associated Press that included much more than the one image he’s best known for. In fact, much of his illustrious career involved capturing celebrities in their most difficult moments—from a photograph of O.J. Simpson and his lawyer sitting in court, to Michael Jackson standing on a limo waving to fans after his arraignment on charges of child molestation.

PetaPixel founder Michael Zhang actually had the chance to interview Ut back in 2012 after a chance encounter in a hotel lobby, and like every conversation Ut has with a journalist, the talk revolved around his most iconic image: Napalm Girl.

But despite the horrors he’s seen, the combat injuries he suffered, and the modern-day tragedies he chronicled, the jovial 65-year-old is still described as “boyish” by the media. In a world filled with trouble and tragedy, Ut maintains a joie de vivre that’s immediately obvious in each and every interview.

Ut’s career and legacy will, very likely, continue to be summed up by that one tragic snapshot and the story of how he saved young Phan Thị Kim Phúc’s life… and that’s okay. But don’t believe for a second that the world of photojournalism isn’t losing a prolific source of amazing imagery.

Not that this means he’s done taking photos. As he tells the the CBC, “My camera is like my doctor, my medicine […] I’ll take pictures until I die.”

The Pros and Cons Of Speedlight Flash Photography