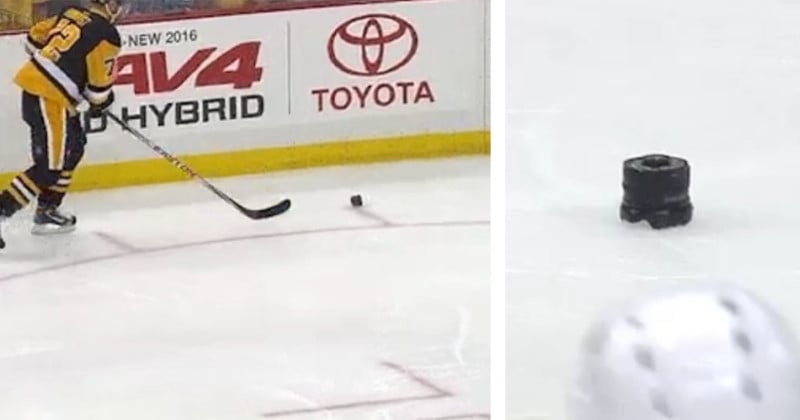 During the Stanley Cup Finals match between the Pittsburgh Penguins and the San Jose Sharks last night, some poor photographer accidentally dropped his camera lens onto the rink through the special hole cut into the glass. The lens was then whacked like a puck before it was removed.

Here are a couple of short clips showing the incident:

According to Getty Images hockey photographer Bruce Bennett, the lens was a Canon 15mm f/2.8 fisheye — a lens that costs $650 used because it’s no longer being manufactured. Bennett says the lens was “blasted off the camera” that was pointed out from the hole.

@PhotoJouMATT @PeteBlackburn A Canon 15mm fisheye blasted off the camera in the hole. $650 To get a used one as this isn't made anymore.

From the closeup shot of the lens, it looks as though it was completely separated from its mount — the guts appear to be exposed.

This comes just months after another photographer accidentally dropped his lens hood onto the ice at another NHL game, causing confusion as players suddenly began chasing two different pucks.