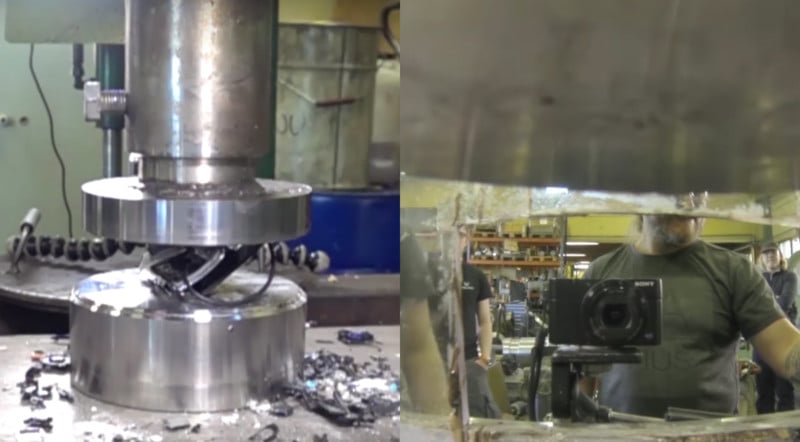 The Hydraulic Press Channel is a staple of many people’s online video diet. Every few days another gadget, foodstuff, or toy gets crushed on video while millions watch on, and this week it was time to surrender a few “tough” action cameras into its clutches.

The action cams were donated by the folks behind the Dudesons channel, and it’s not just their old GoPro that falls prey to the Hydraulic Press in this episode—an old camcorder, a Contour camera, and a Sony action cam are all among the contenders. But the GoPro is special because it actually recorded its own demise and nearly escaped.

Check out the episode below to see what we’re talking about, but be warned: some perfectly good action cameras were harmed in the making of this video:

Action cameras are supposed to be tough, but subject them to the kind of squashing power of a hydraulic press and they quickly become very expensive pancakes. Now if only they had waited to make this episode until tomorrow, so they could have included the new, ultra-tough Olympus TG-Tracker…

What Holds You Back from Taking a Photograph?