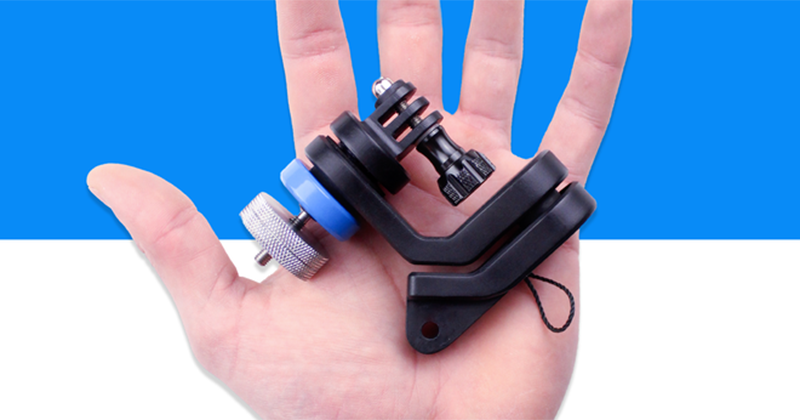 An intriguing little camera stabilizer has blown up on Kickstarter over the past couple of weeks, raising over $270K with more than two weeks left in the campaign. It’s called the ‘GravGrip‘ and it’s a pocket-sized, hydraulic-based stabilizer for action cameras and smartphones.

There are a lot of smartphone stabilizers available from the big guys out there like DJI and Zhiyun Tech, but unlike pretty much everything else we’ve seen, the GravGrip isn’t a battery-powered gimbal. Instead, it takes the same hydraulic technology that dampens a car’s glove box mechanism, and packs it into a pocket-sized accessory with a 1/4-20 thread on one end, and a simple balancing system on the other.

Here’s a quick intro to the GravGrip from the product’s Kickstarter campaign:

There’s no much more to say about the GravGrip, it’s an ingenious little creation that seems obvious in retrospect. Sure, it won’t be able to stabilize even a small “real” camera, but for smartphone shooters and GoPro aficionados, it’s way more convenient than carrying around a proper 3-axis gimbal.

Based on the response so far through Kickstarer, backers agree.

The little stabilizer has raised over $270,000 as of this writing on a goal of just $20K, and was fully funded in two hours. If you want to pick one up for yourself, you can get a GravGrip for a pledge of $35 (retail will be $50), the GravGrip + a Hand Grip for $40, or a GravGrip plus an extension pole holder for $55. All of the pledge levels come with mounts for both a smartphone and an action camera. 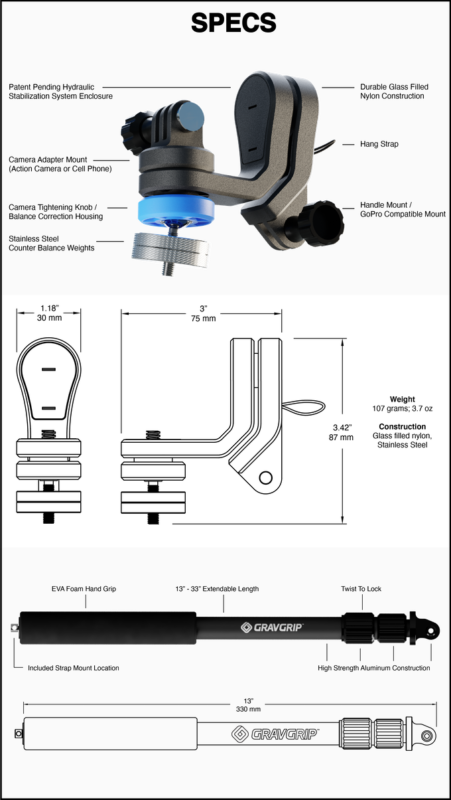 As with any Kickstarter campaign, the usual warnings apply: this is not a pre-order, and there’s still the chance that the GravGrip will become a piece of vaporware that never materializes. But the creators of GravGrip assure backers that they are working closerly with US-based manufacturers to ensure “a quality product and decrease the likelihood of distribution problems.”

Given the sheer number of orders they’ve received, with 17 days left to raise even more money, we sure hope they deliver.

To learn more about this interesting creation, or if you want to put down a pledge of your own, head over to the GravGrip Kickstarter page. The creators hope to start mass production in July, and begin shipping product to backers in August.