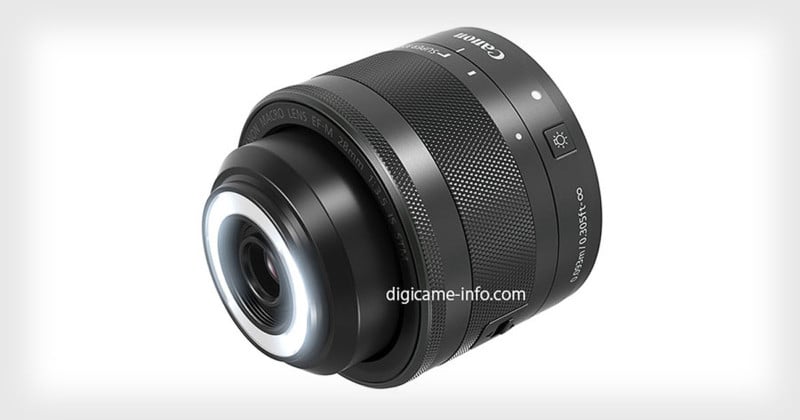 Canon will soon be announcing a new Canon EF-M 28mm STM Macro lens. Photos and specs of the lens leaded today, revealing that it will be the first Canon lens to boast a built-in LED ring light.

For the first time, Canon will also be including a built-in LED light in a lens. The front of the lens features a ring light for macro photography, and a light bulb button is seen on the side of the lens body. 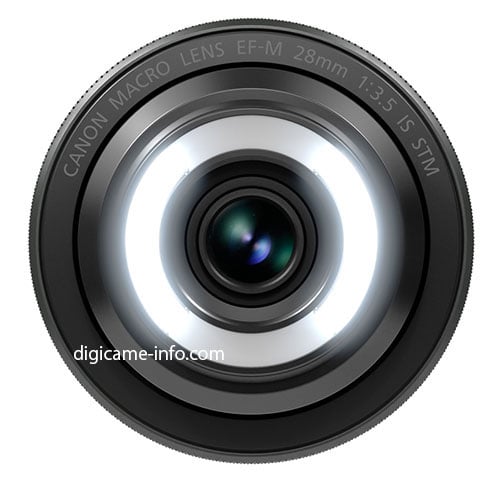 On a Canon EOS M camera, which uses a crop frame APS-C sensor, the lens is the equivalent of a 48mm lens in 35mm terms. Digicame-info, which first published the photos, points out that the mount of the lens is plastic, suggesting that this will be a relatively affordable lens for entry-level photographers.

We’ll likely be seeing an official announcement with final details (including pricing and availability) very soon, so stay tuned.