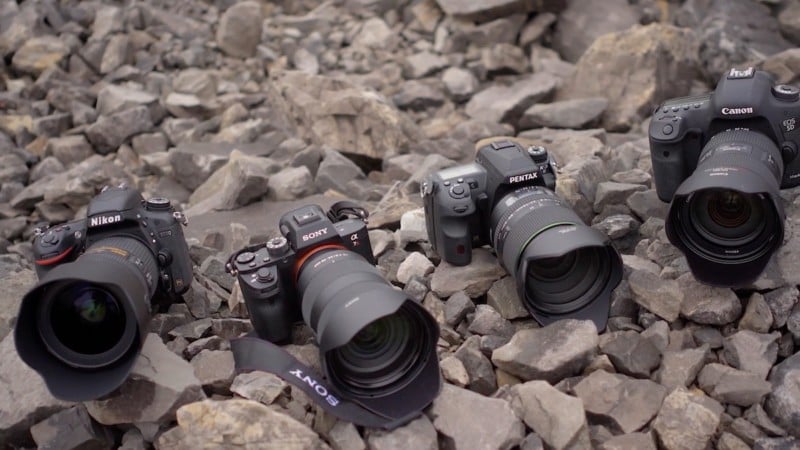 The 24-70mm f/2.8 is often referred to as a “workhorse” lens. Many photographers swear by it, even those who prefer shooting primes, and the Camera Store TV wanted to see which company makes the best 24-70. Is it Nikon, Canon, Pentax, or Sony?

For this shootout, the CTV team took a trip to Crowsnest Pass in Alberta where they met up with photographer Jeremy Fokkens. Fokkens typically shoots Nikon, but for this test he would be pitting the Nikkor 24-70 against Sony’s new G Master 24-70, Canon’s 24-70 L, and Pentax’s 24-70 DFA.

Check out the video and see how they did below:

If you don’t have time to watch the full 17 minute video now, we definitely suggest you bookmark it, but we will spill the beans and tell you which lens they felt was the best overall.

It’s important to note that each individual lens did better in one area or another—the Nikkor, for example, performed best shooting Macro subjects—but the Sony G Master was both the sharpest and had the most pleasing bokeh of the bunch. Of course, it’s also the most expensive… go figure.

Definitely check out the full video above if you want to see the full shootout and find out how each lens performed in the slew of situations CTV threw at them.

Between The Frames: My Last Photo of a Friend