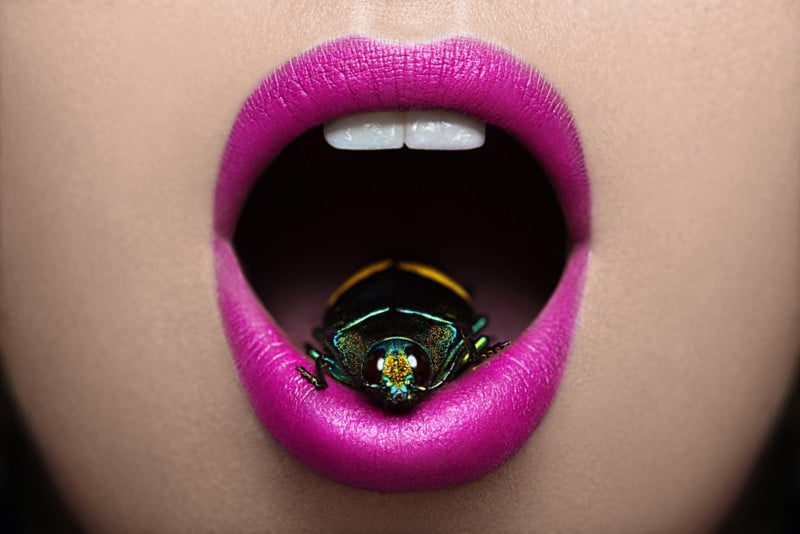 It’s not Photoshop. That’s a real bug (not alive… thankfully), and that’s a real model. It’s part of photographer Marc Lamey‘s series “The Beauty is Inside”: a series that combines beauty and macro photography into a strange hybrid photo series that’s somehow captivating.

“I find bugs as beautiful as jewelry,” Marc tells PetaPixel. “We often talk about internal beauty, this was the driving force behind this series.”

Out of a beautiful face emerges a stunning insect—a contrast between the red and pink tones of the lips and skin with the vibrant colors of a perfectly preserved beetle of some sort. 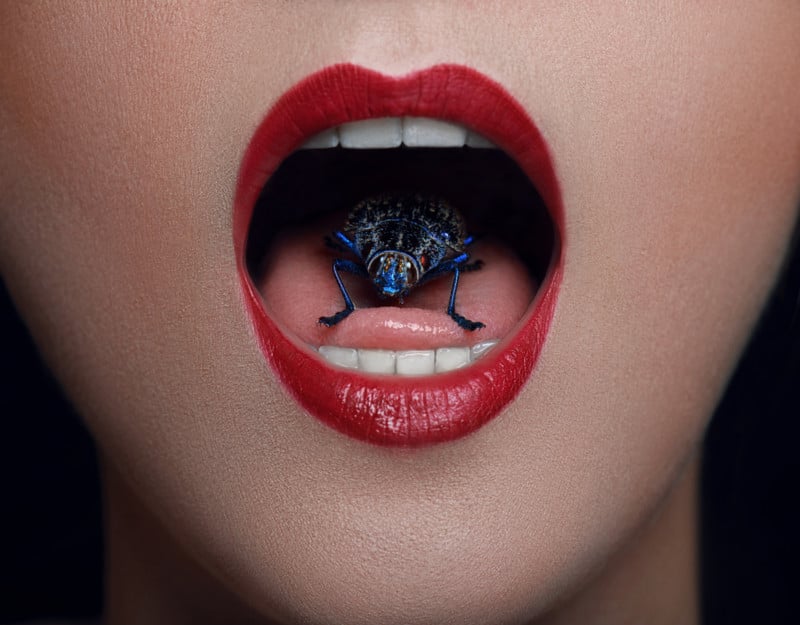 “I know a few models that are always game to try my crazy ideas, but I was worried I wouldn’t find enough to create this series,” he explained to us over email. “But it ended up being surprisingly easy. After the first few examples were shot, I was getting requests from models to be part of the project.”

“The fear was not there,” he continued, “even if putting a bug with hair, stingers, and taste of taxidermy in one’s mouth was at times a challenge.”

The final project is an “intermediate of macro photography and beauty photography” captured the way Marc would do a beauty shoot. For him, there’s no better way to capture the fact that “Beauty is Inside.” 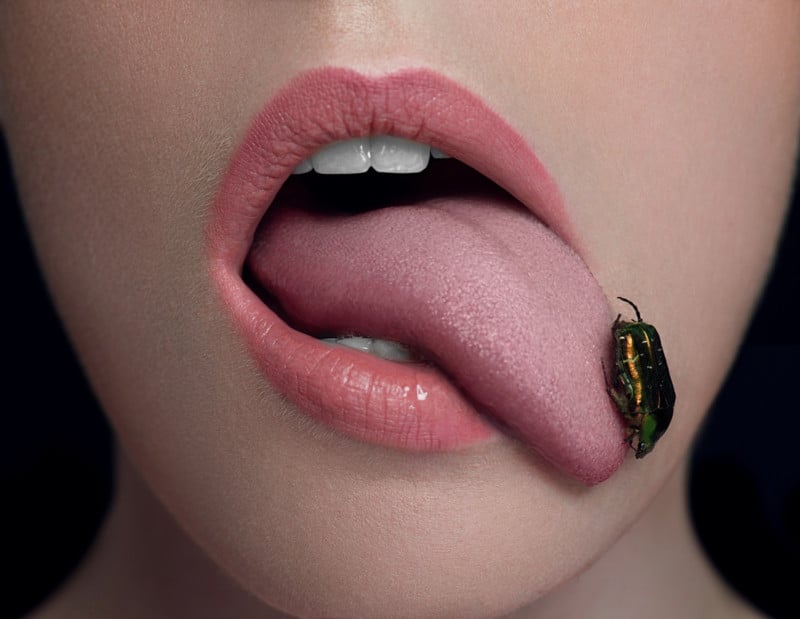 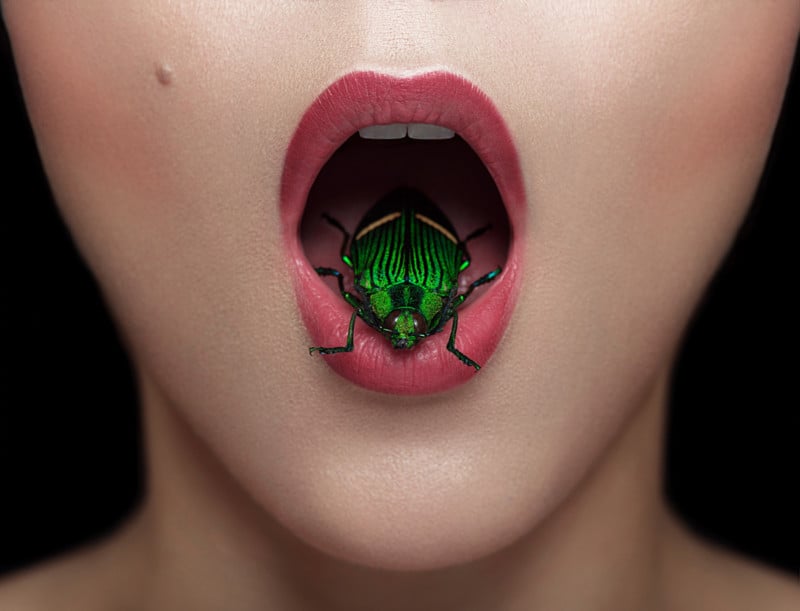 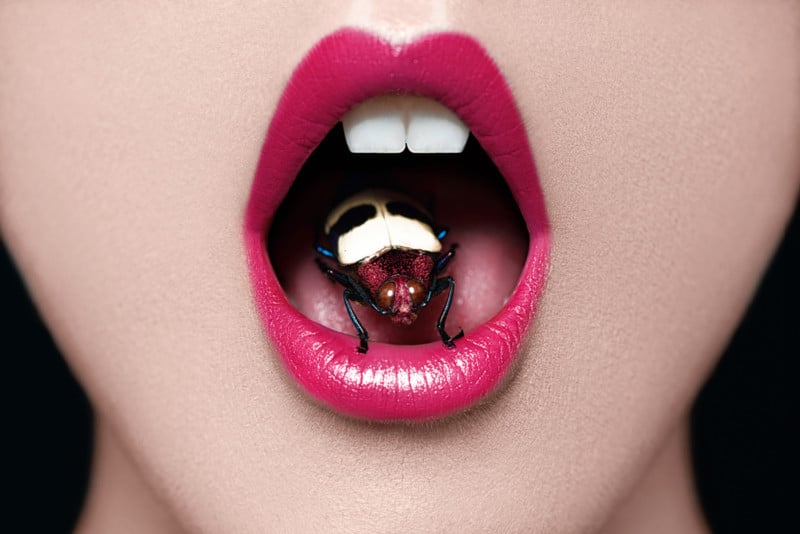 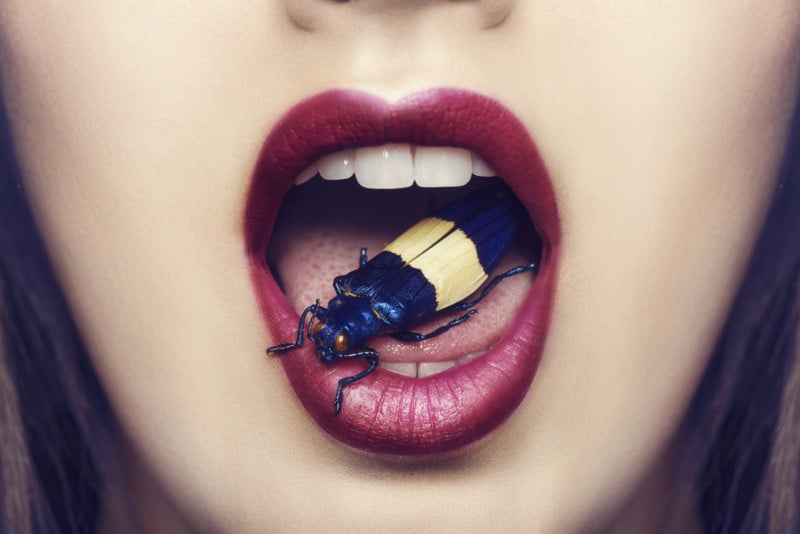 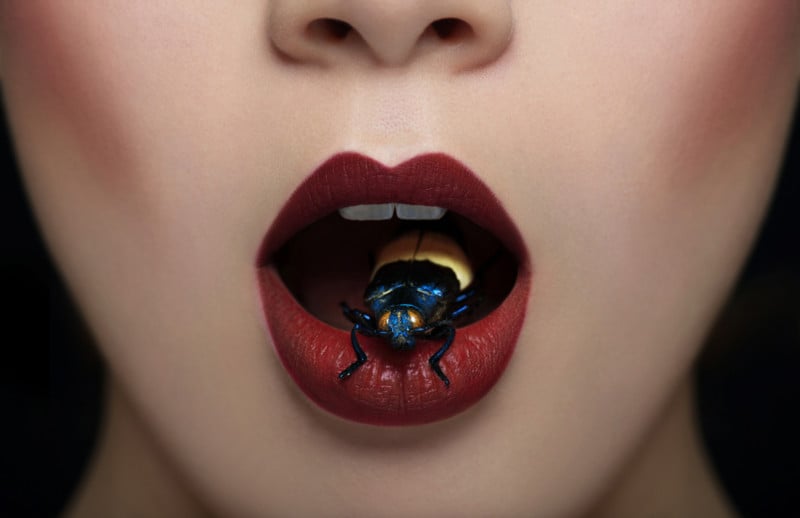 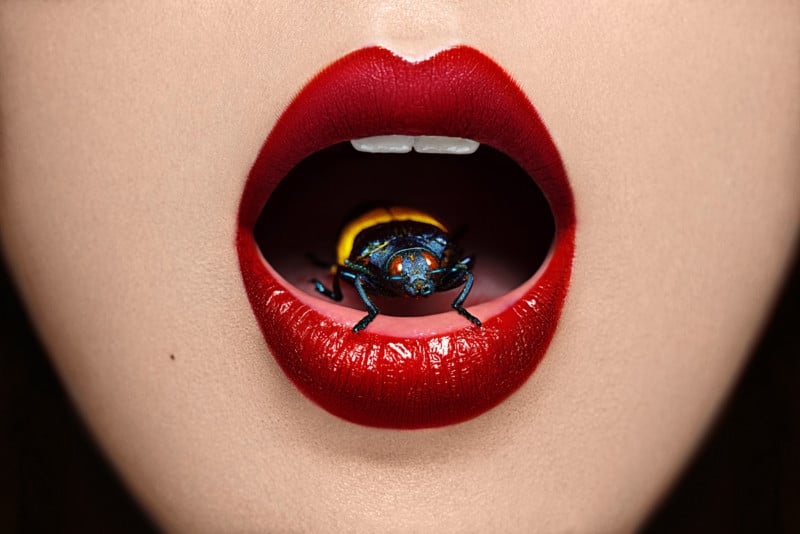 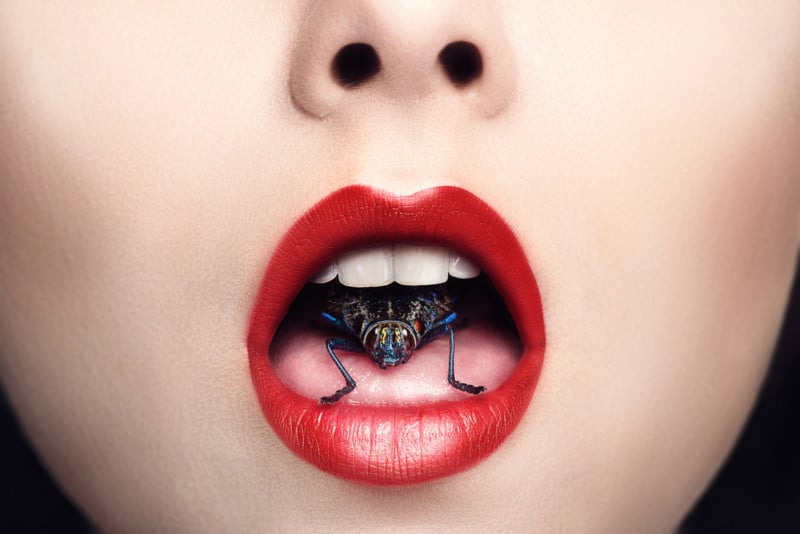 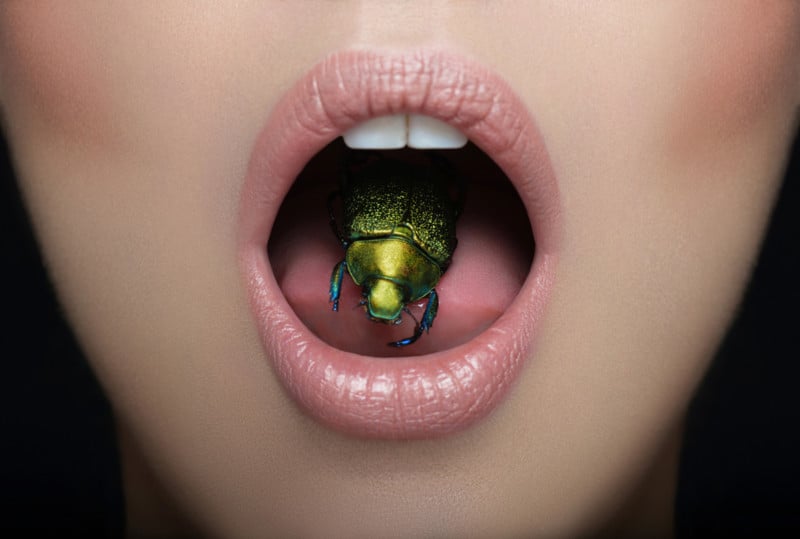 Image credits: Photos by Marc Lamey and used with permission.

Nikon Users Reporting Another Shutter Issue with the D750