Berlin-based professional adventure photographer Benjamin Jaworskyj was recently flying to a workshop in Norway when he got a chance to test the low-light capabilities of his Sony a7S II: filming the dim Northern Lights in the skies outside.

Asked to by Jaworskyj’s thoughtful neighbor, the flight crew dimmed the lights in the cabin so Jaworskyj could shoot the aurora with minimal glare. All the footage in the video above was captured with the Sony a7S II at ISO 51000 and in 4K resolution. 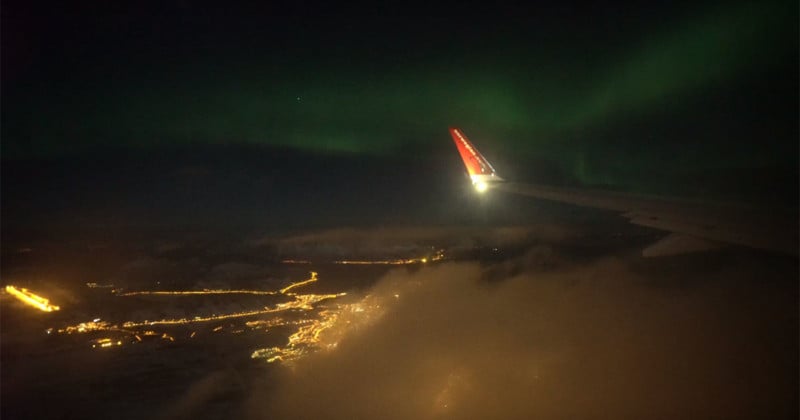 “This shot is nearly not possible with a normal camera,” the photographer says. “You couldn’t see the Northern Lights with your eyes because the light of the wing was to bright.”

This Ad Imagines What Cameras Would Be Like as People

These Wedding Ring Photos Have Reflections of the Newlyweds