I’ve been wrestling with this for a while now. I wasn’t going to write a post like this but things have reached a certain point where I don’t feel I can take anything on any further, so for now a little social media post will have to suffice in lieu of actual justice.

About 2 months ago, I started getting messages online from friends and fans pointing out some similarities in my work and that of another photographer who was a part of the most recent My Calvin’s campaign. In the beginning, I only saw some behind the scenes photos and didn’t think too much of it, but once the campaign was released I had this video emailed and sent to me multiple times pointing out the striking resemblances to a shot I had created nearly a year ago. 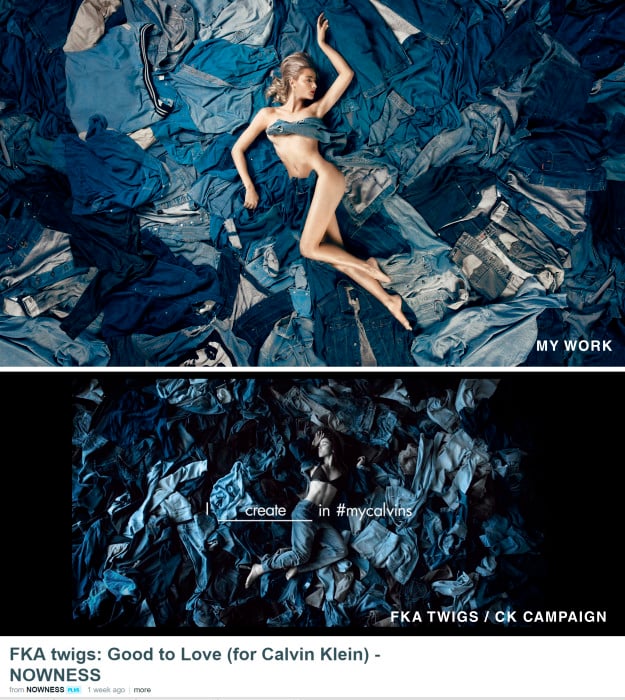 So I started to look into it, and it’s a mess. Essentially, I spoke to multiple intellectual property lawyers and even tried to get onto the photographer himself and Calvin Klein with no luck, other than a rude bit of middle management ignoring me.

Lawyers tell me I have a real case, as the image holds more than a 90% resemblance. Plus, the original image and its counterpart test image were shared globally across the Levi’s brand through their international channels when it went online, so there’s no arguing CK coulnd’t have seen it.

The image has done the rounds well and truly and gathered its own fan base that has largely left my name, and I have been ok with that because it’s been people sharing an image of what they love and not doing any damage. But when a big brand or big-name professional or even big-boy agency takes your idea and hard work, that is something different completely. 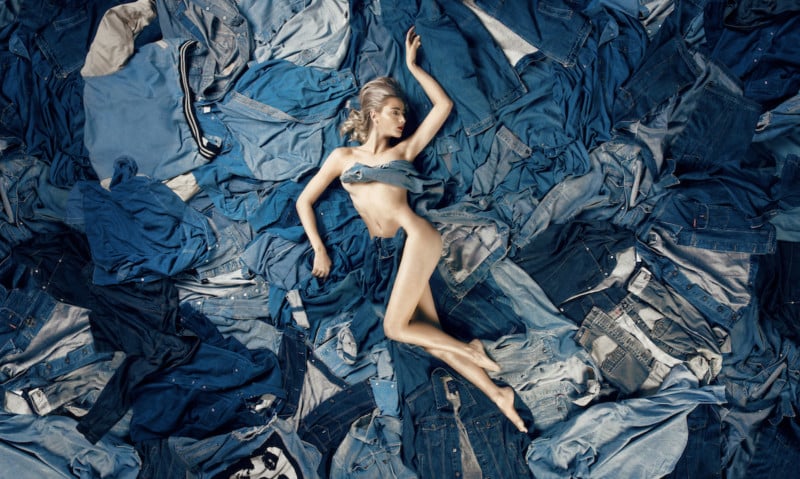 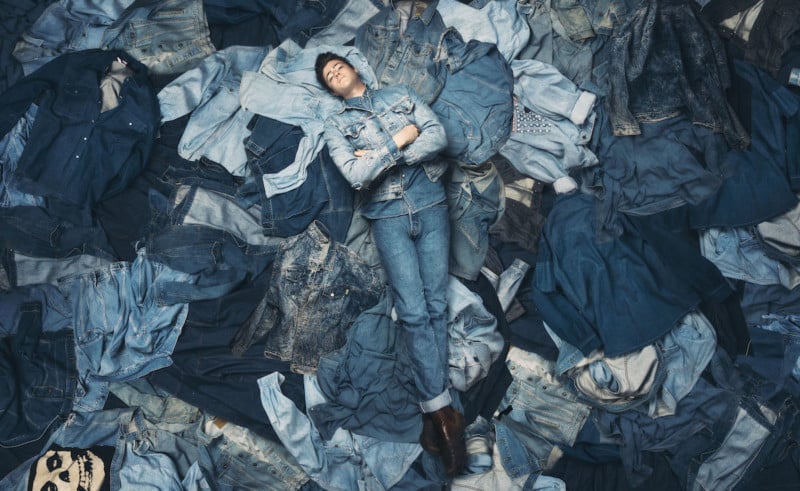 This was an image I had in my mind for a long time, it has a mood board that is nearly two years old now. I had never seen something like it before: using denim with a call back to “American Beauty”. My major inspiration, of course, being the film of the same name, but the still from that film and my image are at least different. And though I took clear inspiration from that films imagery, I didn’t directly lift the visuals, pose, and surrounding props.

Either way, the lawyers who I have worked with for the last few weeks have come to a fork in the road where they would like to draft a letter and open a case; they feel we could actually take the big boys to task here.

But alas, drafting these letters and the further legal work in intellectual property isn’t cheap, and I I just can’t afford the quoted couple of thousand dollars required to even start that process… and I don’t know if the stigma of being “that guy” in the industry is even worth it. It is all a little heartbreaking.

The system is broken. If one of the big boys takes something of yours, you can’t doing anything about it unless you’re already a big player yourself and can afford the expensive legal fees. Depressing I know. 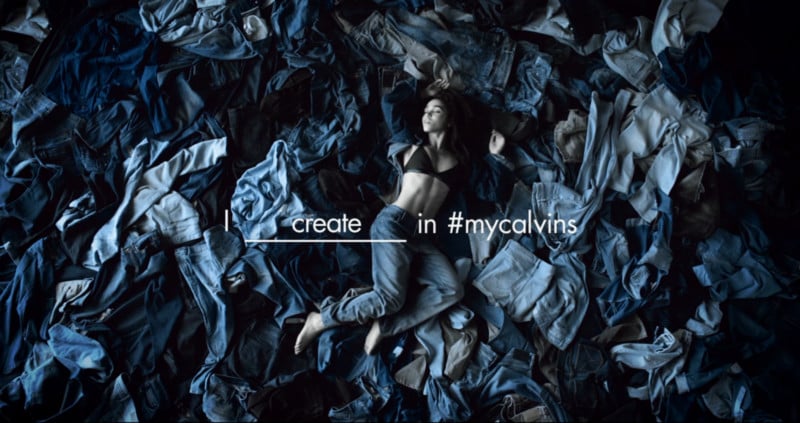 In the end, I just wanted to put something up, some sort of acknowledgement of whatever has happened. It sucks that, as a small player, the mass populous can presume I stole their image because of the size and reach of the brand involved.

To be clear, I’m not pointing fingers or placing blame here, because it’s hard to know what happened. Who knows, this could have been in a mood board from an agency, or in the notepad of a Calvin Klein creative, or in the photographers inspiration folder. But either way it feels crappy to have hard work and passion taken away from you and shamelessly credited to someone else.

This was for me an image that marked a certain point in my career and, more importantly, in my work. It showed me what I could achieve if I took the ideas in my head and just ran with them fearlessly. When something like this happens, it beats you down as a creative.

We are naturally sensitive creatures and no matter how think your skin may be on the outside seeing your passion and hard work not only credited to someone else but also be loved by millions and no one ever knowing of your efforts makes you second guess yourself.

I don’t mean to attack anyone in this whole thing, rather I just want to bring up the conversation of intellectual property and images being lifted. That and how difficult it is to do anything if your work is taken, because of lawyers and the big boys that run the fashion and advertising industry. It’s a David and Goliath type situation, except that I haven’t got a bada** slingshot.

I won’t be taking this any further because of the price of legal, but thank you for reading and hopefully sharing this story.