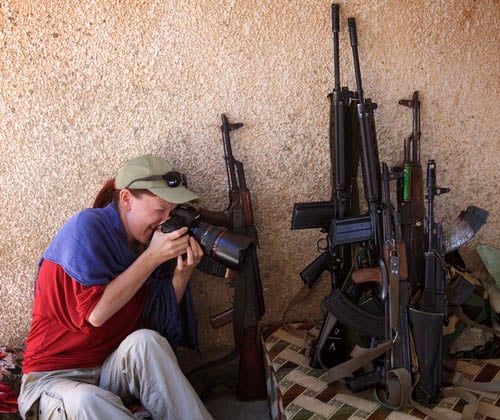 While on assignment in the Middle East, war photographer Tracey Shelton had her gear stolen during an attempted kidnapping back in August 2011. As a freelance photojournalist, she didn’t have a newspaper’s funding to lean back on, and found herself out of several thousand dollars worth of camera gear.

Her work in the Middle East has been nothing short of an inspiration to photojournalists everywhere, but since the theft she’s had to borrow gear and use sub par equipment to do her job. And so two recent journalism school graduates have decided to turn to crowdfunding to try and get her properly equipped to do what she does best. 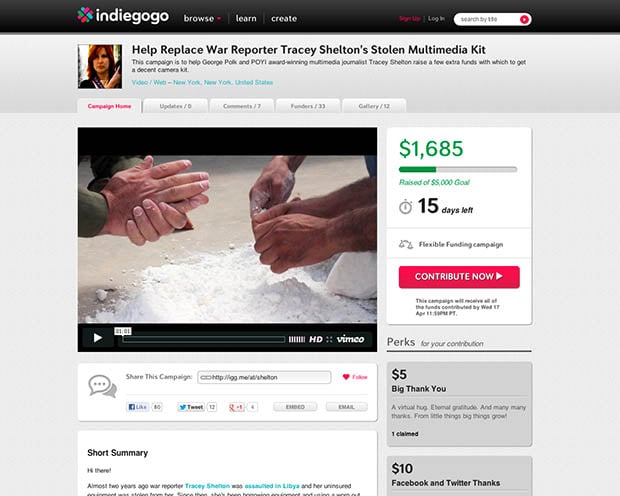 The campaign was put together by Mayeta Clark and Nic Stone and is being run through Indiegogo. The goal is to raise $5,000 so that Shelton can get all of the gear she needs and not just keep borrowing the bare minimum.

For your generosity you’ll receive gifts ranging from a hearty thank you to a donation in your name to RISC (free emergency medical training for journalists going into combat zones) to Skype updates from Shelton herself in the field.

Tracy goes back out April 13th, so the campaign really is last minute. If you want to help out a photojournalist in need and put some good karma out into the universe, click here to visit the Indiegogo page and offer your support.