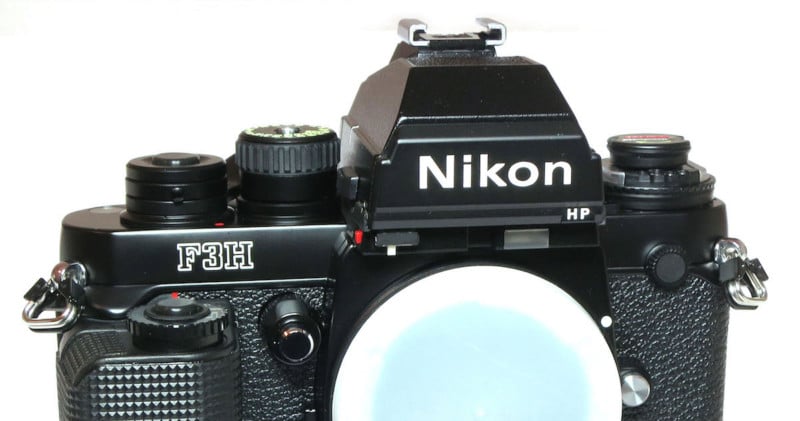 The F3H was not a camera just anyone could get their hands on. According to Wikipedia, it was a modified F3 with a fixed pellicle semi-transparent mirror, and originally meant for press photographers shooting the 1998 olympics. Only about 800 cameras were ever made (if you go by serial numbers).

In the video below, photographer Ron Volmershausen pits the old F3H against a camera released a decade after it in 2007, the Nikon D3. The D3 isn’t the newest camera tech by today’s standards, but the much newer camera was actually 2 fps slower than that film SLR—13fps vs 11fps—and that’s with the D3 in DX mode, not shooting full-frame. See for yourself:

Even compared to the newest, fastest camera in the Nikon pantheon, the Nikon D5, the F3H is technically faster.

We say technically because the D5 maxes out at 12fps if you’re still using the mirror, but can autofocus between shots and sports a buffer that goes 200 14-bit RAW+JPG files deep. The F3H was out of frames in a little under 3 seconds once it burned through the 36-frame roll you just loaded. Hence, “technically.”

(via Nikon Rumors via Bokeh)

A Macro Photography Break: How to Stop and Appreciate the Little Things