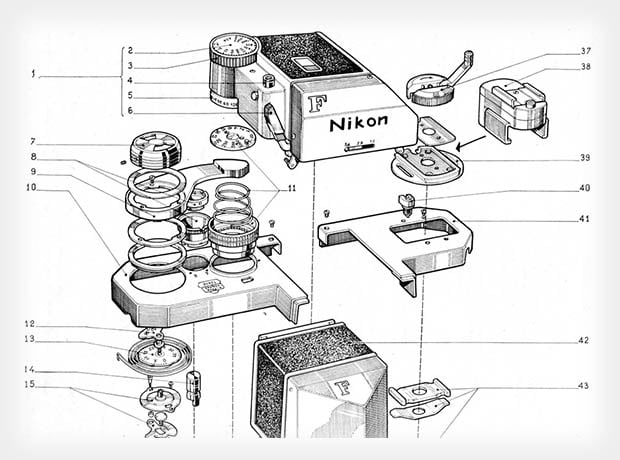 Want to see how old film single-lens reflex cameras were put together? Clare (Wyoh on Tumblr) recently found a number of camera schematics inside an old French magazine from decades ago. The schematics show exploded views of the Nikon F, Nikon F2, Nikon FM, and Nikon FA SLRs. Each camera is shown in its most basic parts, which are numbered and labeled (in French).


Here are the four pages Clare scanned. You can click any of the schematics to check out a higher-resolution version of that illustration. We’ve also included photographs of what the actual camera looks like in real life.

The Nikon F was Nikon’s very first SLR camera. It was one of the most advanced cameras at the time, and shook up the photo industry by quickly becoming a top seller–it was the first SLR system that photographers across the world took up for their work. Many portions of the F’s design have persisted in all the SLR cameras Nikon has released since then. 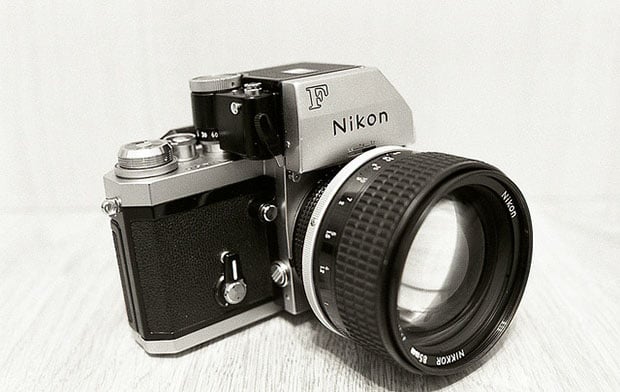 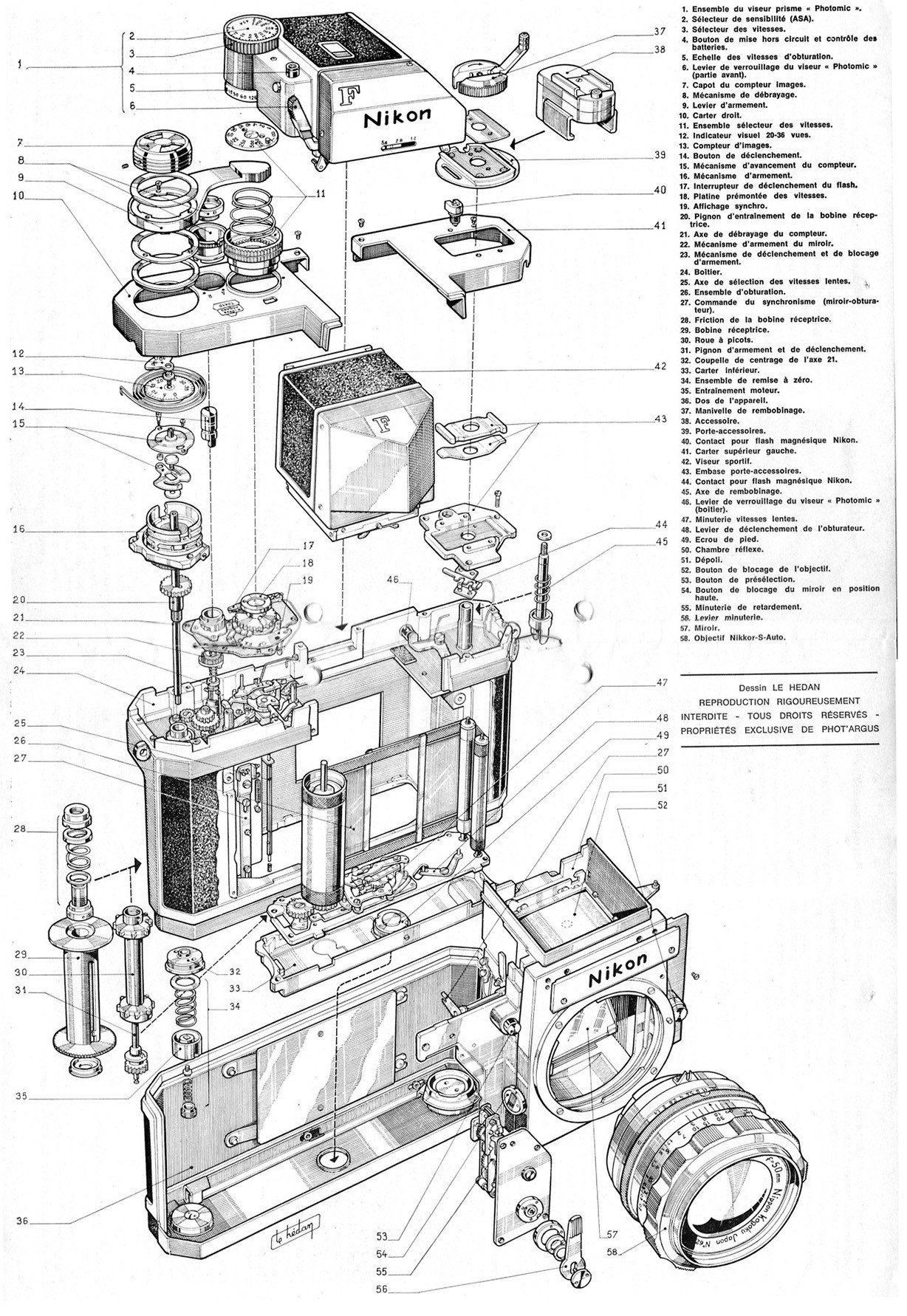 The Nikon F2 was released nearly 20 years after its pioneering F counterpart. Over 800,000 of these cameras were manufactured, so there are still many of these cameras floating around in the world today for relatively low prices. 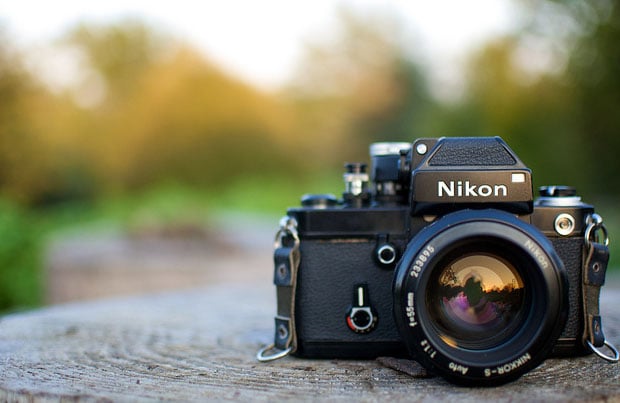 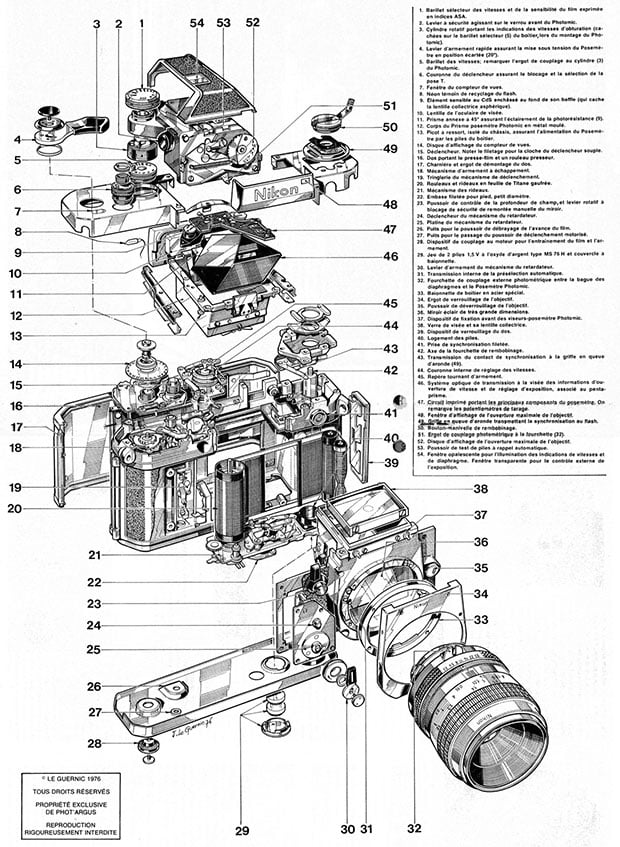 The FM marked an overhaul of the Nikon SLR camera line. It was one of the most reliable 35mm SLR bodies ever built, with “high strength machined metal parts, hardened metal gears, a bearing-mounted film and shutter transport, and a camera assembled to precise tolerances. [#]” 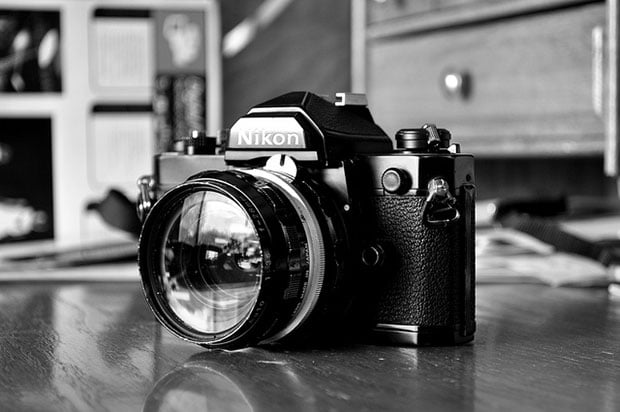 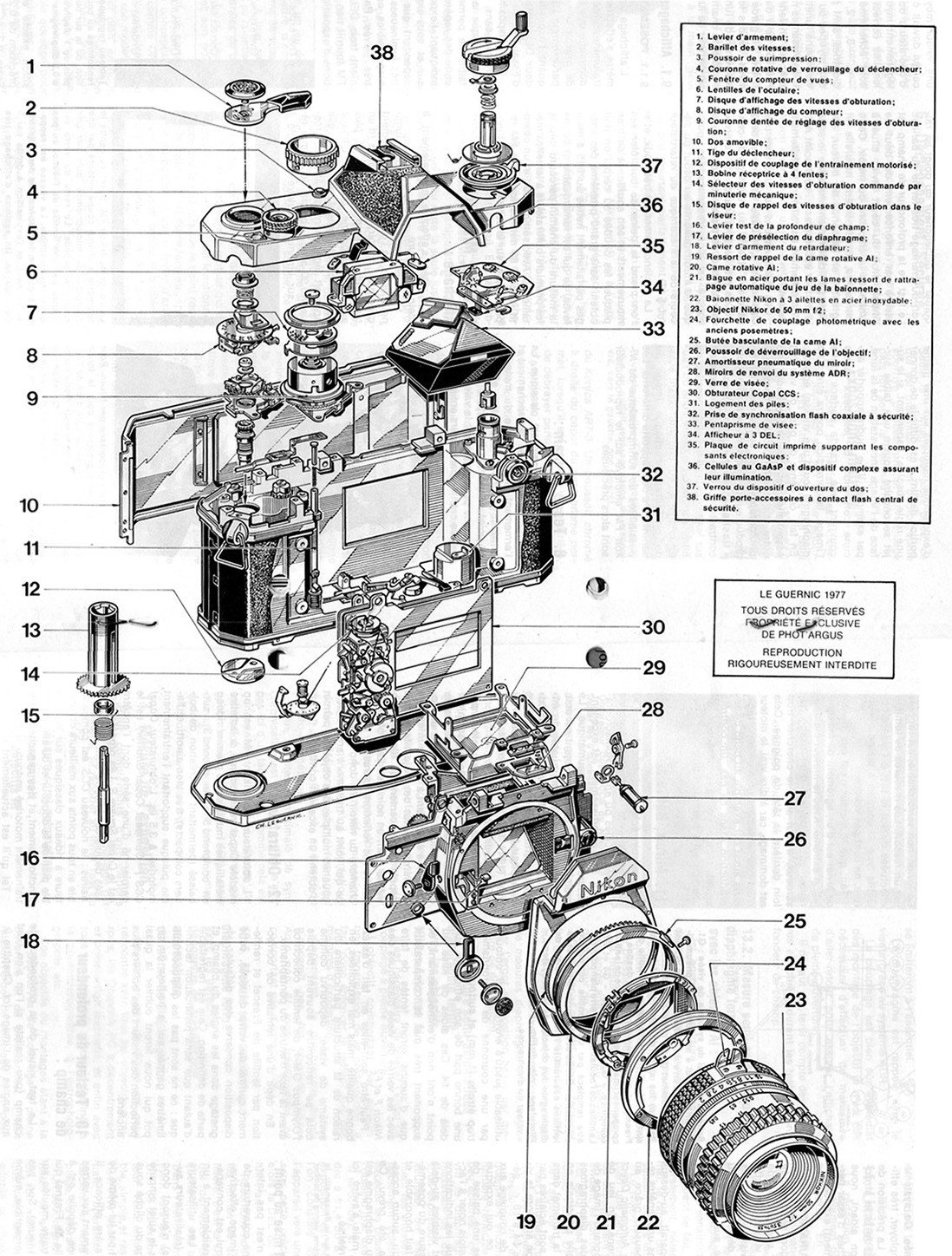 The FA was the most technologically advanced camera in Nikon’s F-series lineup. It introduced a new evaluative exposure light meter and a built-in microprocessing computer–technologies still found in DSLRs today. 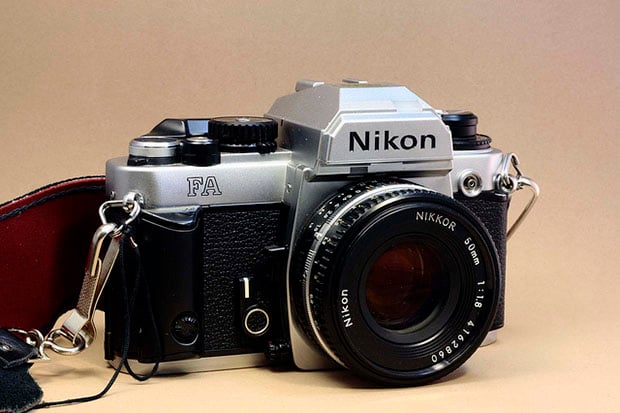 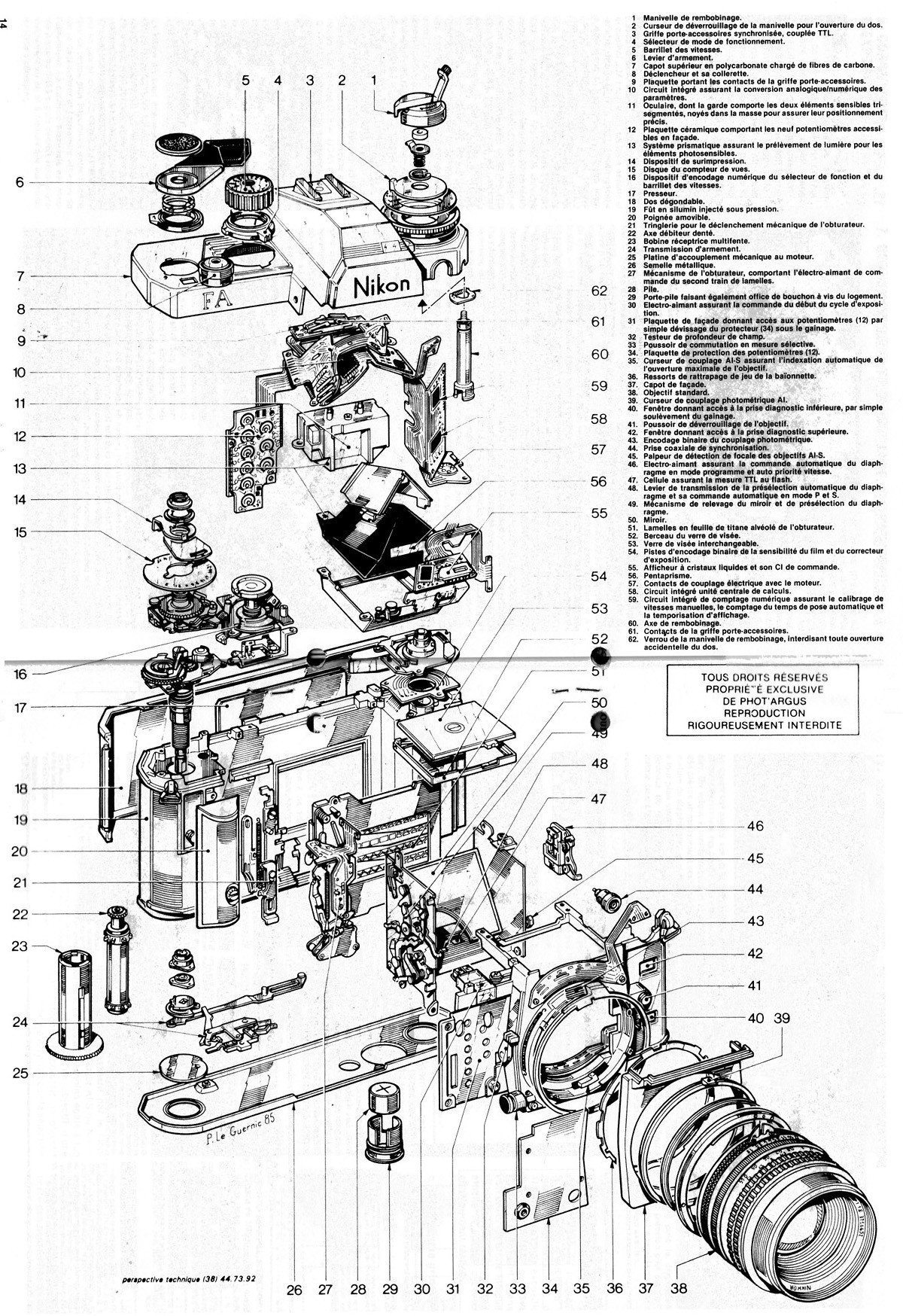 P.S. We’ve also shared a number of teardowns in the past that have revealed what various cameras look like on the inside.