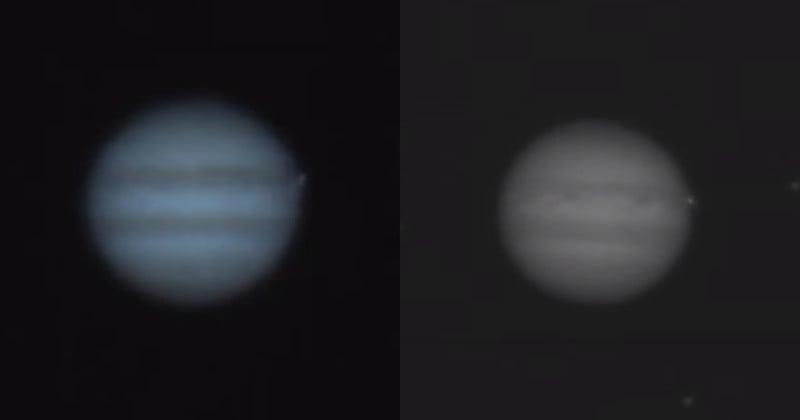 Two amateur astronomers have captured what appears to be an explosion on Jupiter that resulted from a large asteroid impacting the planet.

Gerrit Kernbauer and John Mckeon both had their telescopes and cameras pointed at Jupiter on March 17th, 2016, when they caught something curious: a brief but relatively large explosion on the side of the planet.

“I was observing and filming Jupiter with my Skywatcher Newton 200/1000 Telescope,” writes Kernbauer. “The seeing was not the best, so I hesitated to process the videos.”

“Nevertheless, 10 days later I looked through the videos and I found this strange light spot that appeared for less than one second on the edge of the planetary disc. Thinking back to Shoemaker-Levy 9, my only explanation for this is an asteroid or comet that enters Jupiters high atmosphere and burned up/exploded very fast.”

It’s amazing to think that we now live in an age when amateurs can use relatively affordable telescopes and cameras to capture a meteor impacting Jupiter over 365 million miles away.