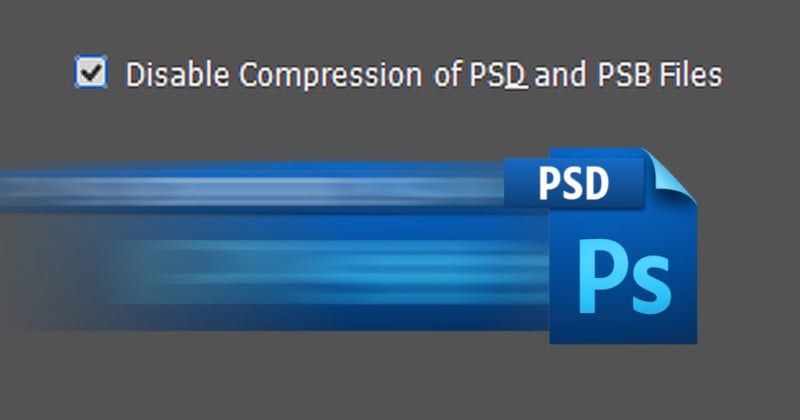 If you often work with very large layered files in Photoshop, you may have found that saving those files can take a while. Here’s some good news: if you’re short on time but rich on storage space, you can change a setting to make those PSD files save up to 20x faster.


The reason has to do with how Photoshop compresses files. When you’re saving those large files, Photoshop does image compression on them when saving to save you disk space… at the expense of slowing down your workflow.

If you have plenty of disk space to spare, you can actually turn off compression to save large files in a much shorter time. Back in 2011, for Photoshop CS5, Adobe released an official plugin for Windows and Mac called DisallowFlateCompressedPSD.plugin that turns off compression for large PSD and PSB images.

With newer versions of Photoshop, you don’t need to install any plugin — turning off compression can be done with a single click of a checkbox in your preferences. It’s found in Preferences->File Handling->File Compatibility. Check the box that reads: “Disable Compression of PSD and PSB Files”: 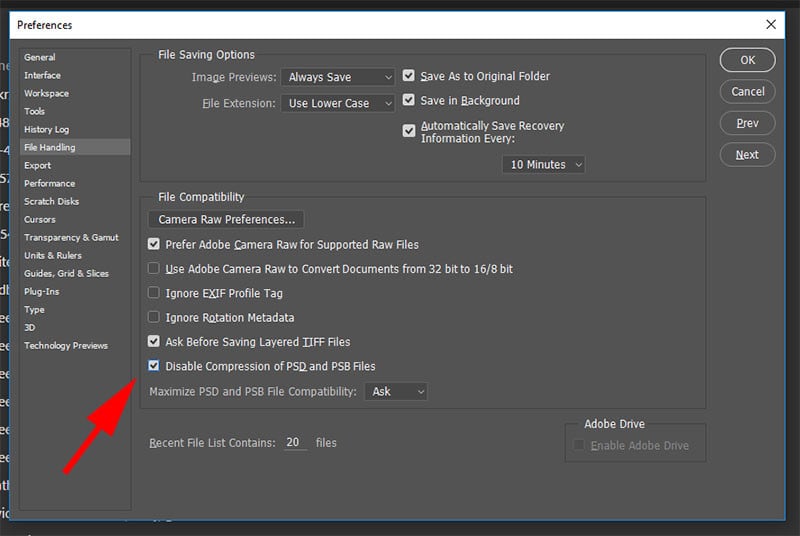 Voila! You should see an instant speed boost when saving photos in PSDs.

When Mac Performance Guide did tests with the original plugin of 2011, it found that saving a 11.33GB file on an extremely powerful Mac was sped up from 495 seconds to just 25 seconds — a ~20X improvement.