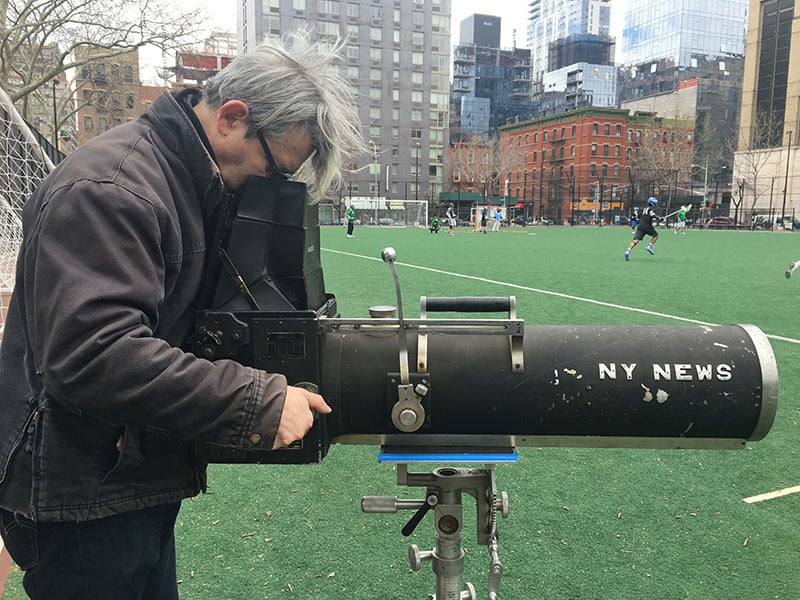 Between the 1940s and the 1970s, one of the big cameras used by sports photographers was the Graflex “Big Bertha,” a giant 120 lb camera that shoots 5×7 photos. At least one of these cameras is still seeing action.

Photographers Geoffrey Berliner and Andrew Moore of the Penumbra Foundation took the giant bazooka-style camera out of a playing field this past weekend and photographed a lacrosse game.

“These old Graflexes have limited shutter speeds because the tension springs are tired with age,” Berliner writes. “I was able to shoot at 650/sec at f8. The lens has a focal length of 1000mm.”

He’s currently getting his film processed and scanned, but here’s a test negative he shot with his iPhone and then inverted: “These cameras were designed for sports photography and used for baseball, football and other sports events,” Berliner tells PetaPixel. “Every newspaper had one of these. Even the Metropolitan Opera was shot using one of these beasts. I’ll be shooting it much more for sports events. I’m working on getting it in use in major sports venues.”

“They were very popular from the 1940s till the 1970s, perhaps longer,” says Berliner. “As technology advanced, these cameras were no longer necessary or convenient to use.”

(via Geoffrey Berliner via Shutterbug)

Update on 3/23/16: Here are three scanned photos the two photographers shot during the lacrosse match: 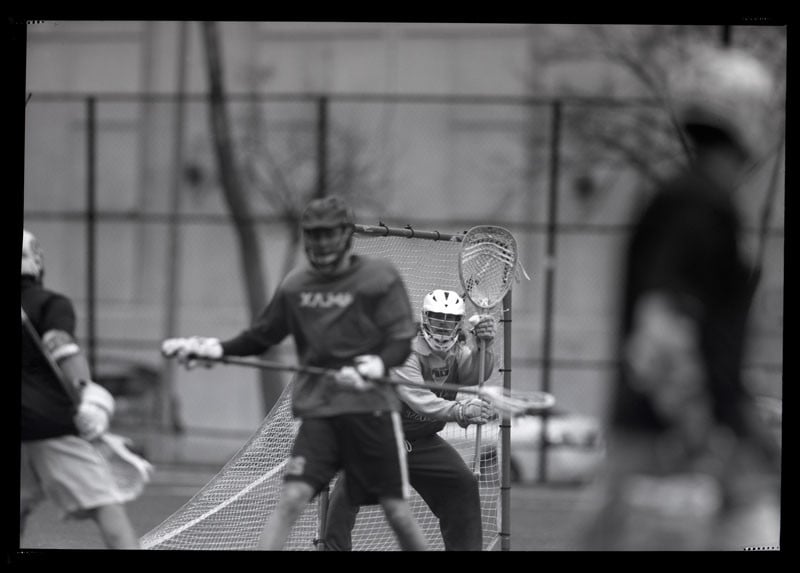 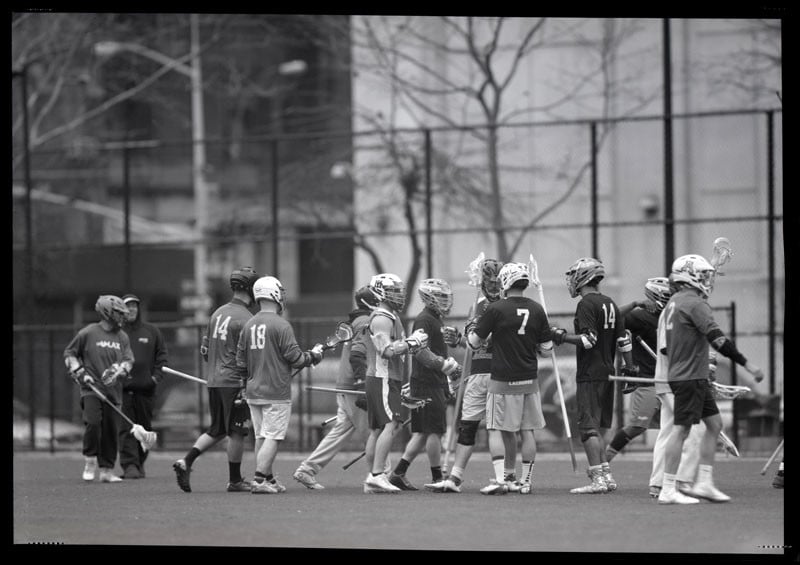