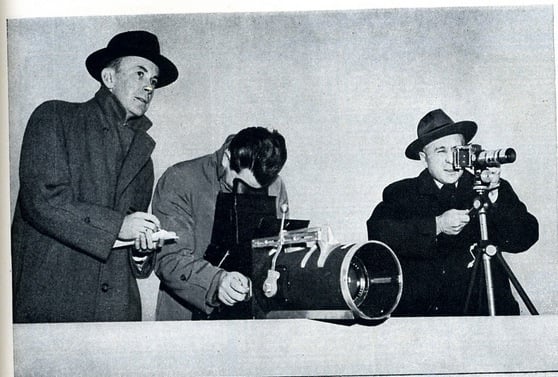 So, you think carrying around your pro-series body and 300mm f/2.8 all day at a sporting event sucks? Well, don’t go complaining to the sports photographers of yesteryear or they might pull out a photo of them using the beast known as ‘Big Bertha.’

Recently covered in some depth over on Gizmodo, ‘Big Bertha’ — also referred to as the “howitzer of early action photography’ by Kodakery — was a franken-camera combination of a Graflex Speed Graphic large format folding camera and a huge telephoto lens that could often weigh upwards of 120lbs. 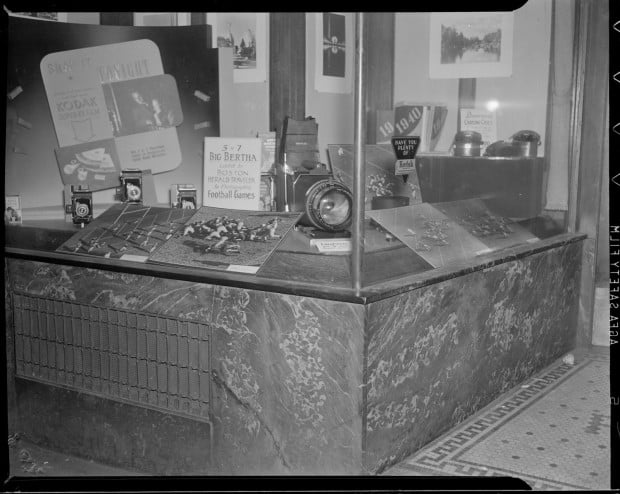 It shot 5×7 film and was mostly used to capture Football, Baseball and racing. It actually became such a resource for covering action that many ‘Big Berthas’ started making their way onto the market and into camera shops. As with most cameras, ‘Big Bertha’ received substantial improvements throughout its various iterations, including better focusing mechanisms, a whopping framerate of 3fps and a much better-looking design.

We’ve come a long way since the days of ‘Big Bertha,’ but it’s always good to know where you came from, so be sure to check out the full story and more photos of this beauty over on Gizmodo and Kodakery.

BTS: Clark Little Shares His Passion for the Ocean and Shorebreak Photography