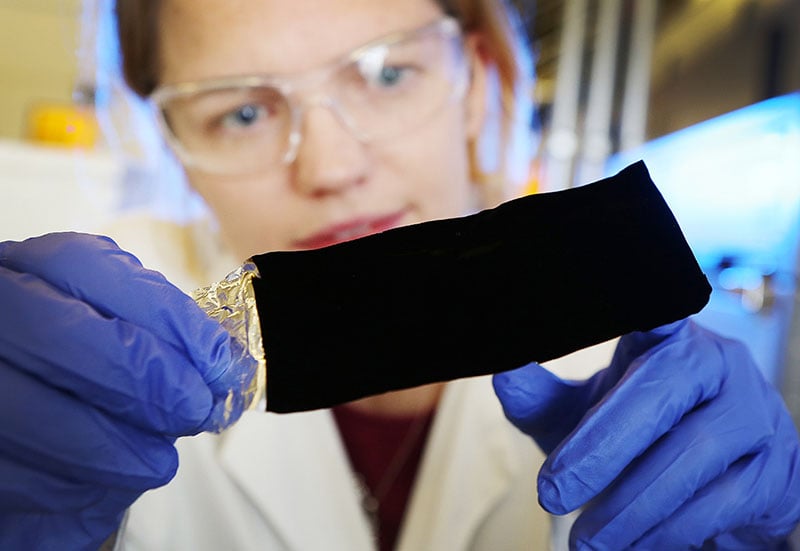 When the darkest material on Earth was announced back in 2014, photographers suggested that it could be used for everything from the ultimate non-reflective black backdrop to an art gallery in which the photos “pop.” Well, that darkest material just got even darker.

The latest version of the Vantablack doesn’t even have a percentage figure for its light absorption. Why? Because it absorbs so much light now that the company’s spectrometers can’t measure it anymore.

This is what it looks like when a laser pointer’s red dot is passed across the surface:

Vantablack is made up of vertical carbon nanotubes, which traps light instead of reflecting it. The light is bounced around between the tubes until it becomes heat. The technology absorbs so much light that when applied to a crumpled piece of aluminum foil, it looks like a flat, black hole with no indication of an uneven surface. 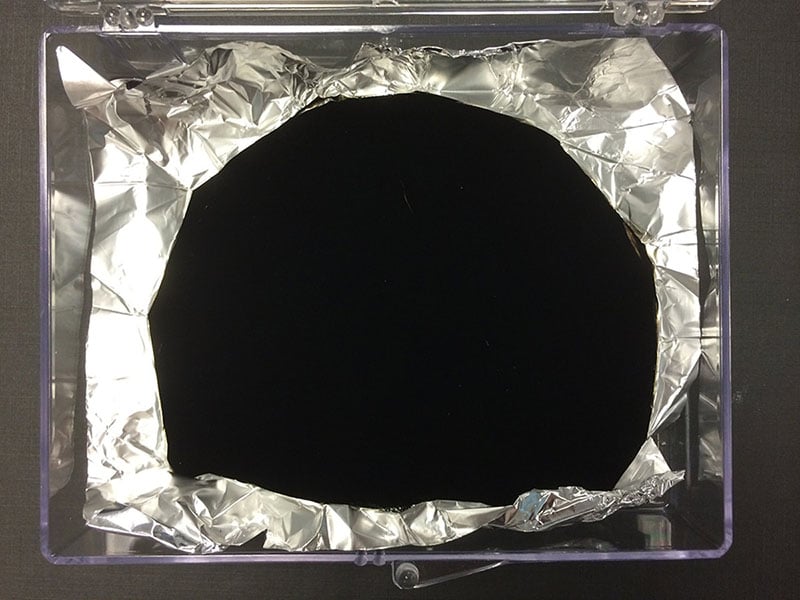 Exclusive rights for using Vantablack in art has reportedly been given to sculptor Anish Kapoor. No word yet on if or when we might start seeing this type of technology materialize in the photography industry. Just keep your fingers crossed.

(via Surrey NanoSystems via Engadget)