The Golden State Warriors are having a historic year in the NBA, and Adobe is taking advantage of that by promoting Photoshop at the home pages in Oakland.


During some timeouts, the arena features what’s known as the “Adobe Photoshop Fan Cam,” during which Adobe demonstrates Photoshop on the big screen by Photoshopping a photo of some of the fans in attendance.

The video above was the Photoshop Fan Cam at a game back in April 2015, when Adobe was celebrating 25 years of Photoshop. A retoucher put a fan’s head on a dunking player and replaced another fan with a Golden State Warrior. 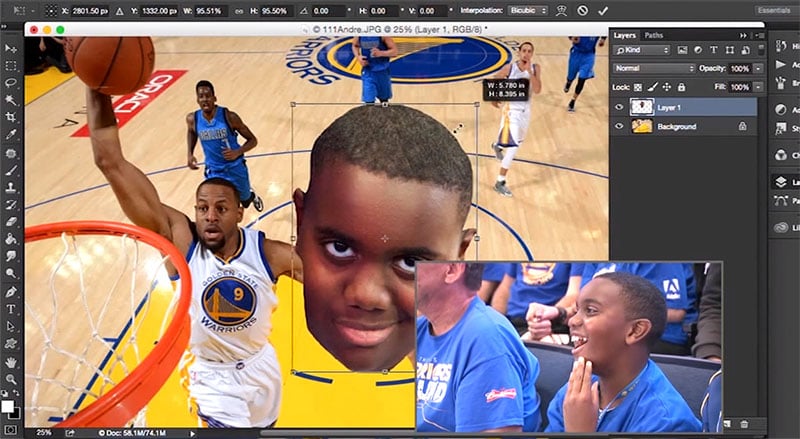 The promo has been a hit with the crowds. Here’s a video that captures fan reaction: