Recently I’ve been trying to get better at bracketing, where you take overexposed and underexposed photos and then merge them together. It can create a very neat effect when done correctly. It can also be abused, as many photographers tend to do, which results in unrealistic looking photography.

A few days ago, I was out playing with this feature in my hometown of Cheswick, Pennsylvania, to better understand it when I was stopped by police.


It seems like every time I shoot with my tripod and camera setup there’s always some wingnut who calls 911 to report “suspicious behavior.” The cops are usually really pleasant, including last night, and tell me that they think it’s a bogus call. Still, they have to look into every call made.

I explained to the officer that this was at least the 20th time in the last year that a cop stopped me for “suspicious behavior” for simply having a tripod and DSLR camera.

I was going sidewalk to sidewalk getting long exposure photography of car lights traveling down a street in my hometown. At no time was I on private property. Furthermore, I have the respect and common sense not to shoot into people’s houses/windows. At the time of being stopped, I was on the sidewalk by our local post office. Someone at Sheetz (a Pennsylvania-based gas station chain serving the Northeast) reported that my camera was “aimed at Sheetz.” The officer told me that I’m not allowed to take photos of Sheetz. 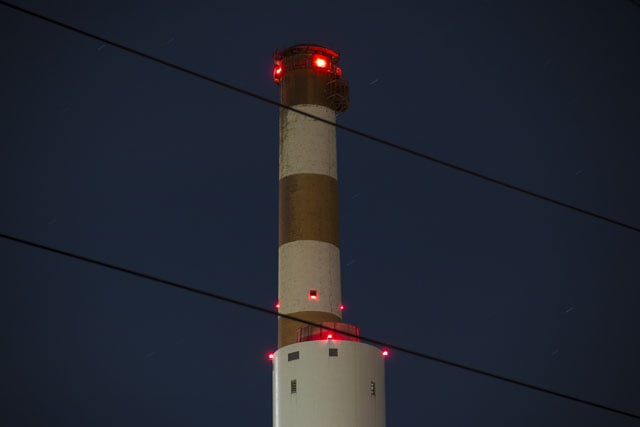 Sheetz wasn’t the subject of my photography yesterday, but they were in some shots. Like with the other 20+ officers I have encountered, I diplomatically explained my understanding of photography laws. I can, with absolute certainty, take photos of Sheetz (or any private building) from a public sidewalk.

If it is visible from a public location, I can take a picture of it. What I’m not allowed to do is go on private property to take photos without the owner’s permission. The mall, for instance, doesn’t allow DSLR photography inside. They are allowed to do that, since the entire building is private property. I do understand that when shooting from a public space, there can still be some trademark issues when trying to sell prints of a building that is copyrighted – some notable examples are PPG Place in downtown Pittsburgh and The Rock and Roll Hall of Fame. But, the law does not prohibit me from taking those photos. Sheetz, PPG, etc. can very well litigate against me. Photography laws are still on my side at that point, but it ultimately becomes a battle of who has more money to fight in court.

The cop was really nice, they almost always are; please don’t get the wrong impression from this post. Usually I can even get the cops to flip on their lights for some long exposure shots, too. So, it’s mostly worked out for me in the past. Other times, though, it hasn’t been as pleasant.

About the author: James Watt is an IT expert and amateur photographer. You can follow along with his photography work through his Facebook page. This article was also published here.