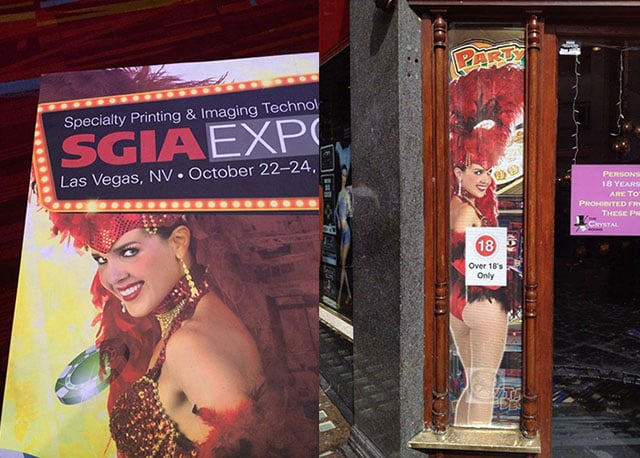 As photographers in the United States, we hold the majority of power when it comes to our images. We automatically own the copyright to all photos we take, we are the ones who register our photos with the U.S. Copyright office, and we are the ones who license our images to clients, publications, and even the models in the photos.

That copyright, in addition to the model releases we obtain from our photographic subjects, allows us to have a substantial amount of control over what we can do with those photos. This can sometimes create a moral ambiguity as to how we decide to publish those photos, blurring the lines between what is right and what is ethical.

Five years ago, one of my good friends, Sarah, decided to enter the fray into professional modeling. She had a knack for costuming and was starting to land some gigs as a trade-show model here in Las Vegas. Knowing she would need to have some sort of portfolio to start getting a wider variety of paying modeling jobs, she sought out several local photographers and offered to do some trade shoots with them as she had some new, creative outfits she wanted to be photographed in.

One such photographer took her up on her offer and they did a photo shoot together with her wearing a custom-made showgirl outfit. When she showed up to the shoot, two things happened. She was first asked to sign a model release, which she did. The second was that she was never given any form of usage license agreement.

She was new to the industry and didn’t know what to ask for from the photographer and she never bothered to ask where the photos were going to be used. She just assumed it would go into his portfolio like they would in hers. They did the shoot and the resulting images were satisfactory.

A few weeks later, she received a handful of retouched images and she thought that was the end of it. What she didn’t know was that long thereafter, the photographer opened up accounts on some stock photography sites and put the photos up on them for sale.

Over the next year, Sarah Jane put her writing skills to good use and started a blog, which quickly started to get a huge following around the world, of people who were infatuated with the crazy stories of a Las Vegas model. That’s when the emails started pouring in from her fans.

The first was a photo of her in her showgirl outfit, surfaced from, of all places, London, England. A fan saw her photo appear on a sign advertising a local casino. She couldn’t believe it! How did her photo appear in a sign for a casino over 5,000 miles away? 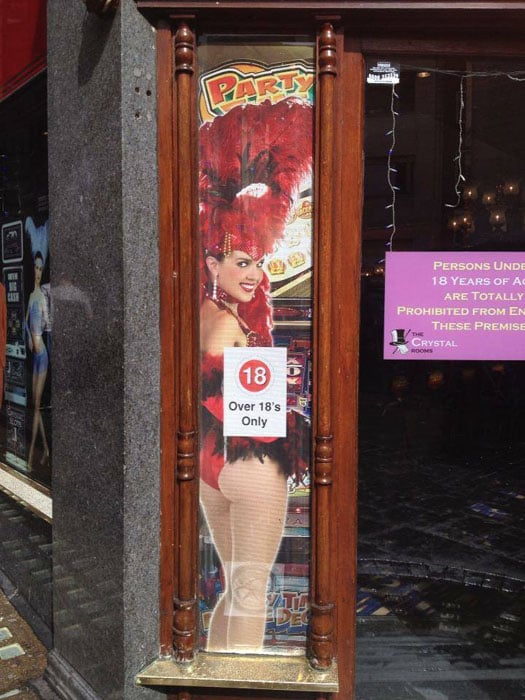 Then it happened again! Another fan sent her a screenshot of an iPhone app with her likeness on it in the same showgirl outfit.

Astonished, she realized that the photographer was selling her images online through a stock photo website. Being new to the industry, she had naïvely assumed that since she had not been compensated for the shoot, he would not be able to monetize the resulting images — her assumption was that stock models are usually paid at least a nominal fee for their services.

This is obviously not the case, and had she taken the time to read the model release the photographer had her sign at the beginning of the shoot, she would have realized that even in the case of Trade For (TF) work, where neither party is paying the other, a photographer has every right to use the resulting images commercially.

Over the course of the next five years, she kept seeing her photo show up in the strangest of places: on a DVD cover for a low-budget film, on an Amazon E-Book cover, and countless other places. 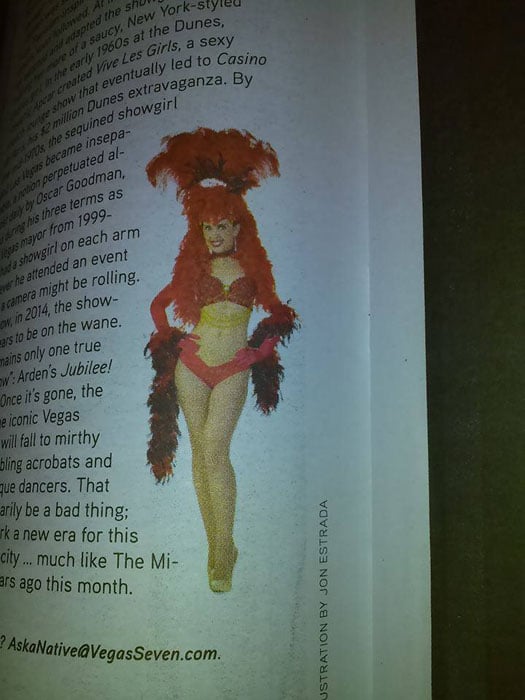 Every time she saw it, she cursed her stupidity in having failed to read that modeling release… but nothing would prepare her for the coup de grace yet to come.

Now I’ve known about this story for quite some time, and I’ve even joked with Sarah that we should do our own shoot and let me submit our better quality photos to all the big stock sites just for spite and she always laughingly said it was a brilliant idea, and that we would split the profits. We had this project on a back burner for the better part of a year, but then something very unexpected happened. There was a major trade-show in Las Vegas that both of us were working for different clients. In one case I was taking photos for a trade-show booth and in her case, she was greeting attendees in another.

We happened to see one another in the parking lot and decided to walk in together. As we entered the massive Las Vegas Convention Center we were greeted by a 3-story tall banner with her showgirl image emblazoned on it, welcoming the attendees to the convention. 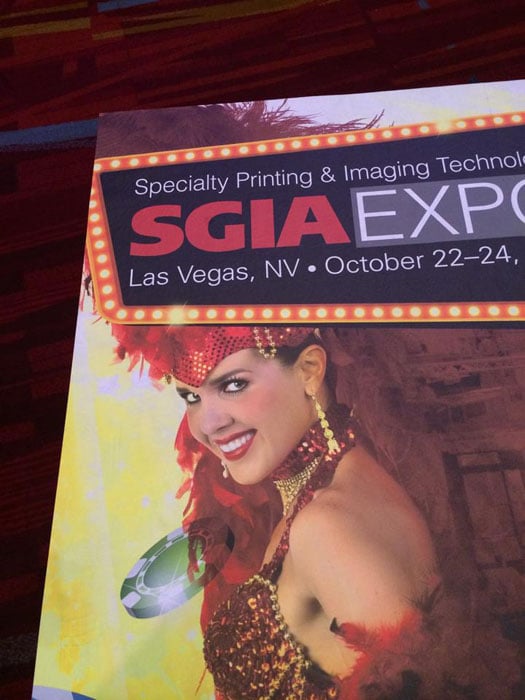 As I was laughing, she was screaming a wide variety of four-letter words and immediately afterward, she turned to me and said, “OK, that does it…we need to do that photo shoot NOW!”

A week later we went into the studio and we got some amazing images. This time we did a much larger variety of photos involving different props, poses, etc. It was an awesome shoot, and I’m now happy to say that our photos are now on several awesome stock sites and sales are doing well. 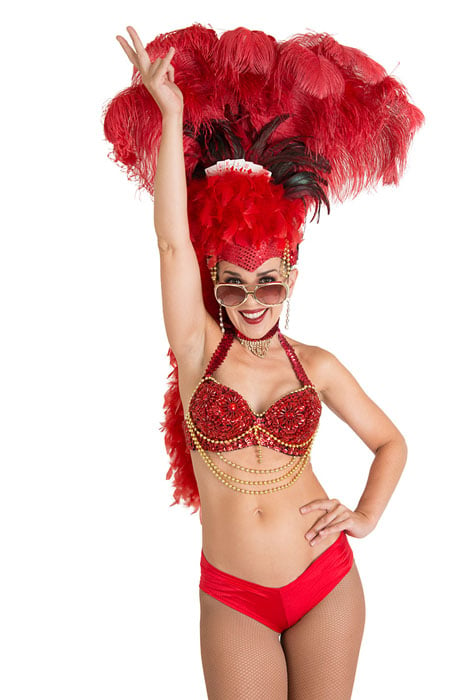 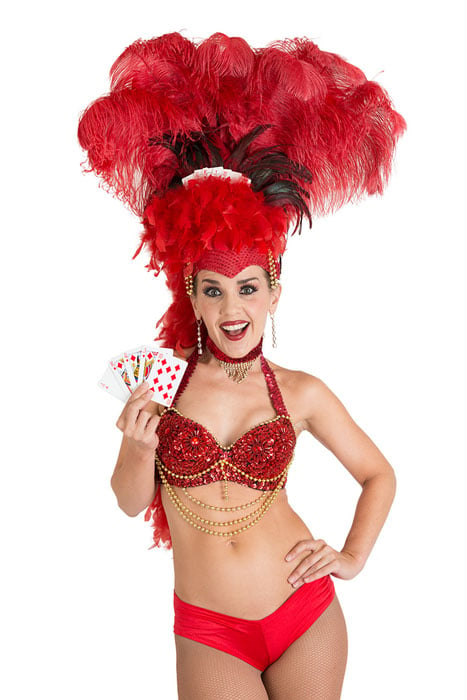 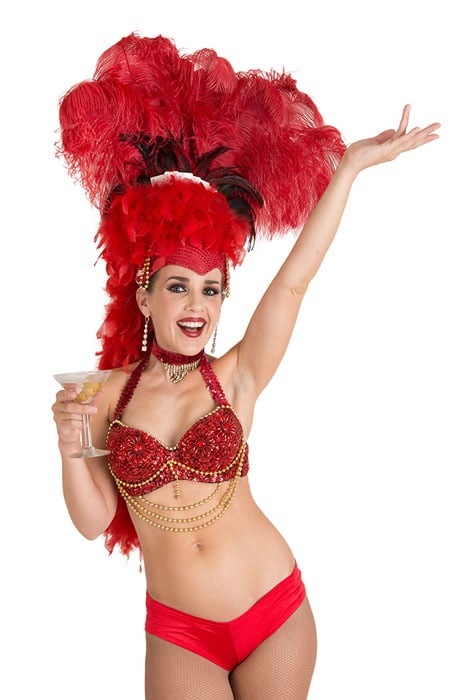 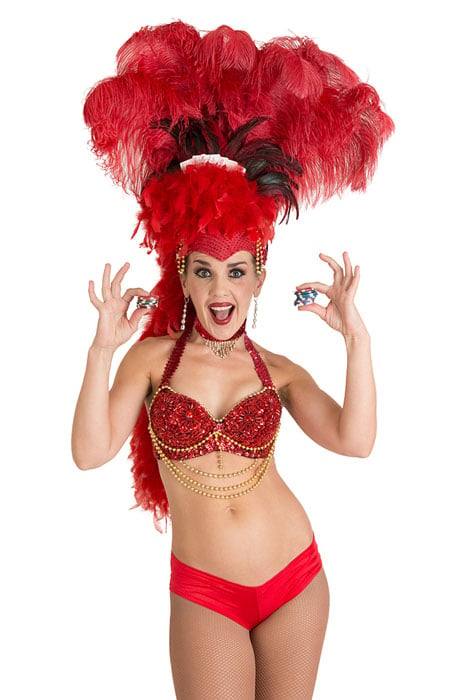 Even if the sales were non-existent though, it was still worth the work just to have this story to tell, but this gets me back to my original point behind the article. The original photographer with whom she worked had all the legal rights to sell the photos as stock images for profit, as he held the model release, but is what he did the morally right thing to do?

Complicating this particular instance was the fact that the model considered the photographer to be somewhat of a friend, and in her ignorance assumed that their shoot had been nothing more than a fun collaboration, with neither party having commercial usage rights. Any photographer who has ever sold stock images will tell you that it’s pretty unlikely you’ll become a millionaire selling a few stock images online, but from the point of view of the model, she felt like a putz.

If he had paid her a nominal stipend of even $25, she would have felt she had no right to complain… no matter how many bizarre places her photos popped up.

Some can argue he had every right to do what he did, and legally that would be 100% accurate. But was it the right thing to do? That’s up to you and your moral compass to decide. Just remember though that the next time you involve others with your photo shoots, that maybe forsaking a few bucks in profit from selling the photos and sharing some of the pie with your model is the better thing to do than go the greedy route.

You never know, she might just do a better shoot with a different photographer just out of spite!

About the author: Adam Sternberg is a photographer based in Las Vegas, Nevada. He has been working as a professional photographer there for over 15 years, and his photos have been published in a number of major magazines. You can find more of his work on his website and connect with him on Facebook.