PBS NewsHour just published this short interview with photographer Ken Van Sickle as a segment in its “Brief But Spectacular” series. It examines the question “what makes a photographer when everyone is taking pictures?”

Back when Van Sickle was 23 years old and living in Paris, France, he could barely afford rolls of film to do regular photography with. When he attended a performance by jazz legend Chet Baker, Van Sickle only shot 2 photos: one was blurry, and the other one turned out to be a great photo. 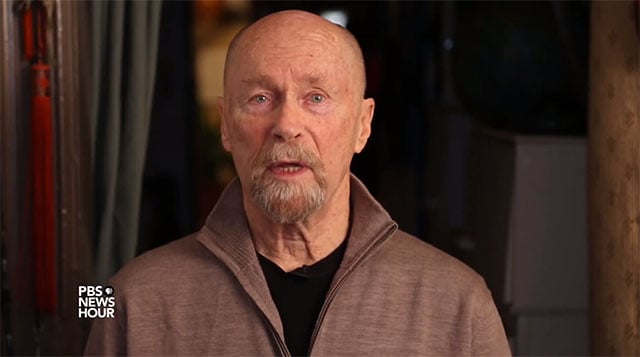 “Technology doesn’t change the way photography is,” Van Sickle says. “It just… makes it available to more people, which means there’s going to be much, much more really terrible pictures taken or pictures that are totally dependent on subject, which is all, all right.”

“My pictures don’t depend on extreme sharpness. They depend on the composition and on the subject and on the way I see it.”

Fujifilm Just Made the Best Argument for Mirrorless Over DSLRs

Photographer Shoots the Beauty and Beast Natures of Ocean Waves