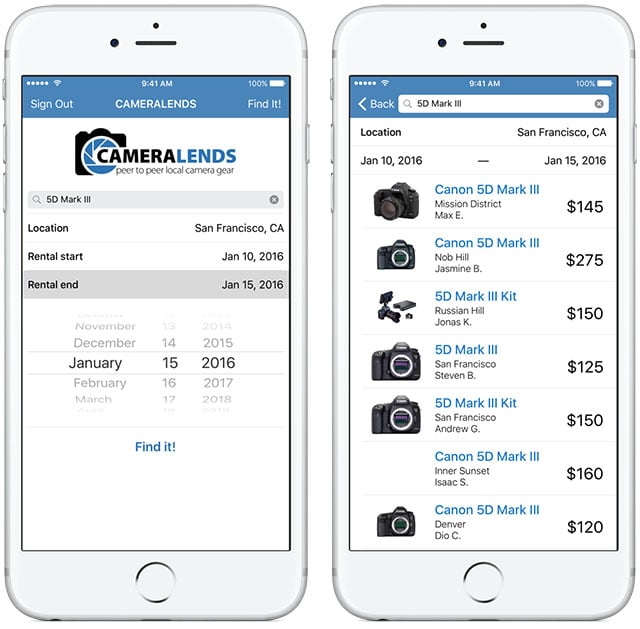 After launching its peer-to-peer camera gear rental network back in 2013, CameraLends is now pushing into new territory: mobile.

The startup just launched an iPhone app that allows photographers to lend and borrow gear to/from other photographers. It’s “the first ever mobile app for renting,” says CameraLends.

CameraLends started small a couple of years ago, but in mid-2015, the 3-person company expanded from a select number of core cities to hundreds of cities across the United States. 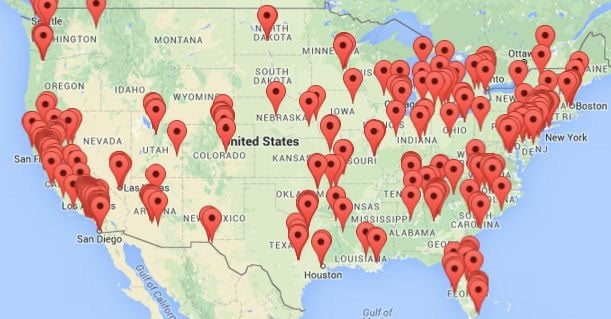 Gear is now available from the network in 600+ cities, and photographers who make their gear available to others have earned tens of thousands of dollars so far, with the average profit per photographer being around $250 per month. CameraLends says that the most active communities at this time are LA, NY, SF, and Seattle.

The new iOS allows photographers to search for available gear to rent in their area — gear that ranges from Leica lenses to drones to DSLRs to mirrorless cameras to high-end RED cinema cameras. 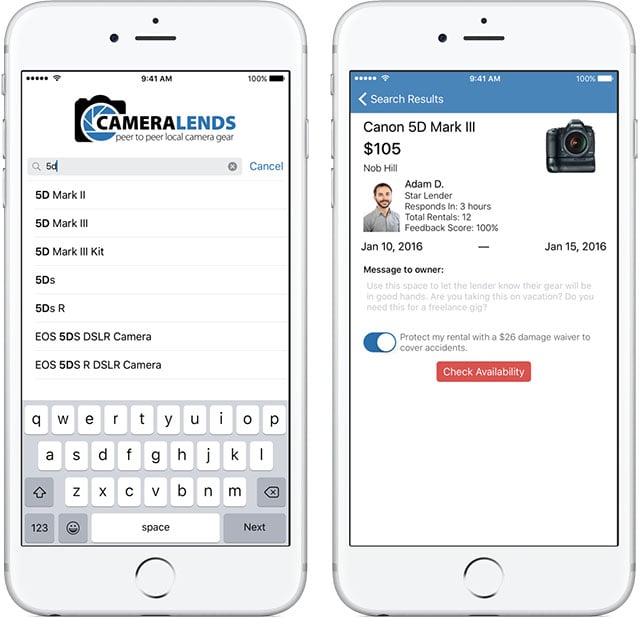 Renting is available 24/7, no deposit is required, and the costs are generally 30-60% less than what you’ll find in local rental shops.

If you’d like to give the new CameraLends mobile app a shot, you can download it for free over from the iTunes App Store.