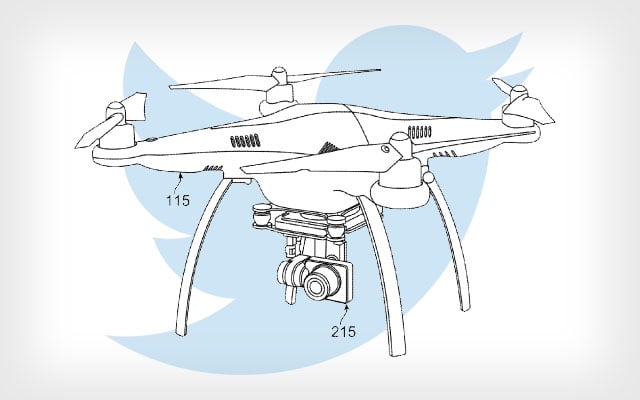 A new patent granted to Twitter last week shows that the social networking service may be planning for Internet-connected camera drones that can share photos and be controlled by Twitter users.

CNBC found the patent, which is titled “Messaging-Enabled Unmanned Aerial Vehicle.” The document describes a system in which a camera drone can shoot and share photos and videos on Twitter accounts, and in which users can control and stream the drone remotely.

Twitter is mum about its plans, but it did offer CNBC an enigmatic statement: “Two words: Drone selfies,” the spokesperson said.

One illustration in the patent, shown above, appears to show a DJI Phantom camera drone. Another shows how the drone is loaded with a receiver, controller, camera, transmitter, and payload: 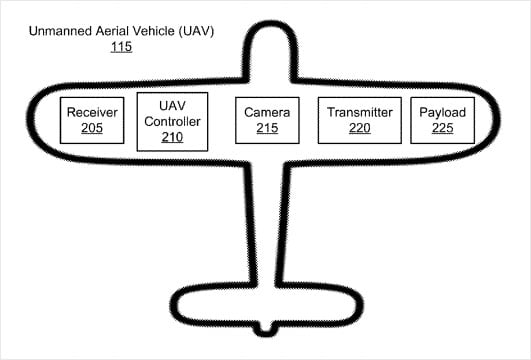 Twitter has fallen on hard times as of late as it struggles to continue expanding its user base and figure out how to make serious money from its service. It’ll be interesting to see if/how camera drones will play a role in the company’s future.

Long-Exposure Photos of the Historic SpaceX Rocket Launch and Landing

Hockey Photographer’s Lens Hood Falls Onto the Ice, Gets Confused for a Puck