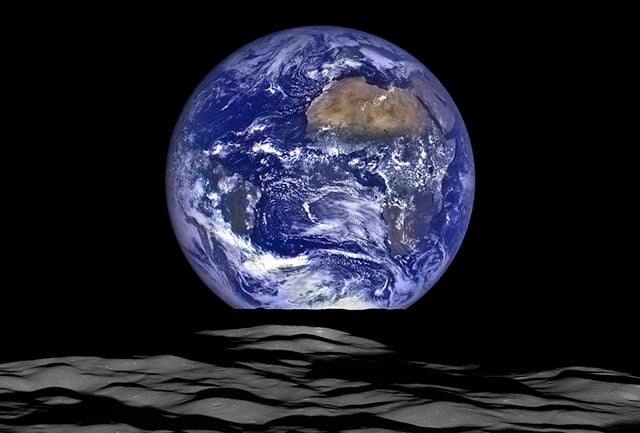 NASA just released an amazing new high-resolution photo of the Earth “rising” above the horizon of the Moon. It was captured by the camera onboard the Lunar Reconnaissance Orbiter from its orbit around the moon.

“LRO experiences 12 earthrises every day; however the spacecraft is almost always busy imaging the lunar surface so only rarely does an opportunity arise such that its camera instrument can capture a view of Earth,” NASA writes.

The picture is a composite stitched from photos captured back on October 12th. The spacecraft is rolled onto its side to allow it to photograph the lunar horizon while zipping around the moon at 3,580 miles per hour.

Special processing was used to combine the info from low-res color photos with high-res black-and-white ones to create what you see above.

This latest photo is reminiscent of the iconic “Earthrise” photo that was captured on December 24, 1968 from lunar orbit by astronaut William Anders: 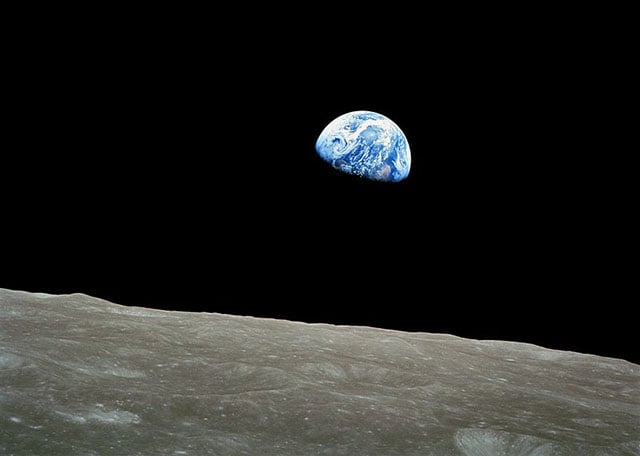 After seeing this view from the Apollo 8 spacecraft, Command Module Pilot Jim Lovell said: “The vast loneliness is awe-inspiring and it makes you realize just what you have back there on Earth.”

The Federal Drone Registry Will Make Your Name and Address Public