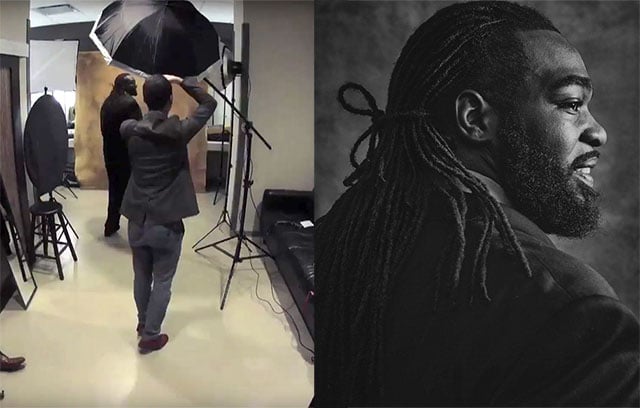 I have found it difficult to specialize in one genre of photography as a full-time photographer in Winnipeg, Manitoba, Canada. Winnipeg is considered the smallest big city in Canada, and I find myself doing a whole lot of everything, including but not limited to: portraits, food, architecture, events, and a lot of other random gigs.

Though I completely enjoy the diversity of assignments I shoot, I have been actively trying to specialize in portrait work, and you may remember some of my guest posts like “7 Things I Learned From Shooting One Portrait a Day for a Whole Year” and “Lighting a Portrait of IKEA Canada’s President with an IKEA Storage Case Diffuser.”

At the end of November, the Grey Cup, which is the Canadian equivalent of the Super Bowl, was hosted in Winnipeg. I was initially booked to shoot action at the Championship game for the Canadian Football League (CFL). As the week got closer, the CFL also asked me to photograph several other events that week.

I was super pumped when they asked me to put together a proposal to set up an Instagram portrait studio at the 2015 CFL Awards night. They were looking for me to create classy portraits of the winners backstage, similar to the what Mark Seliger has done at the Oscars over the past few years.

Getting ready for a big night shooting portraits of CFL players, check em out on @cfl_official

Similar to the Oscar portrait studio, I would be tasked with shooting portraits of the winners right after they accepted their award on stage. The CFL partnered with Facebook and Instagram to get the images out fast, straight to social media.

After putting together a proposal with options, and a week or so of back and forth with people from the CFL, Facebook, and the agency hiring me, I was pretty much given complete creative freedom to make striking portraits of football players dressed to the 9s. The only real requirement, was that I photographed each winner with and without the trophy/award.

I’ve been a professional photographer for over 10 years now, and I’ve found it pretty rare to receive an assignment to shoot portraits for a client without strict guidelines and with pretty much complete creative control (maybe other than head shots).

The night before the awards, our team consisting of Sean and Max from the league, Marc from Facebook, and myself headed to the venue at the Casino, and set up the mobile studio in a green room backstage, and proceeded to shoot some test frames.

It was a relatively simple setup consisting of a tan coloured 8×7-foot canvas backdrop I sourced from a fellow photographer in the city, a medium sized Photek Softlighter on a boom with an Alien Bee strobe in it, as well as a beauty dish with another Alien Bee. Depending on the shot and composition, I switched between the two lights as the main light.

I also had reflectors on standby, as well as a softbox ready to go for some of the larger groupings. 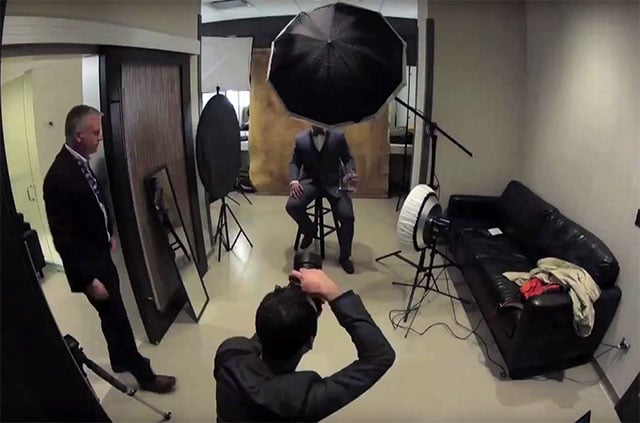 The night of the awards went smoothly, and I had sufficient time to get shots out to the Facebook/Instagram people pretty quickly. I had a laptop right beside me, but there was very little editing applied before they went online.

As well as the creative freedom I was given, the other great thing about this evening was how pumped all of my portrait subjects were to be photographed. I can’t tell you how many times a week I hear from my subjects how they hate being photographed. Everyone was so great to work with and I think it shows through the images.

A gallery with a small selection of images from the evening can be found in this Facebook album. I also shot a timelapse of a portion of the night with a GoPro. You can check out the footage below:

Here are some of the photos that were shared on Instagram:

Midnight, and its all over. I survived!

About the author: David Lipnowski is a commercial photographer with a photojournalist background who regularly works for many of Canada’s top companies and magazines. You can connect with him through his website, Instagram, Twitter, and Facebook.

These Color Photos of Paris Were Shot 100 Years Ago