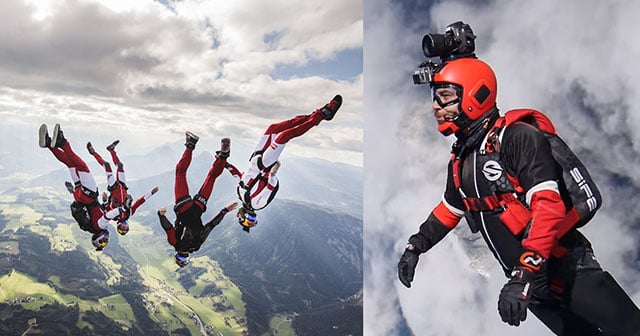 Skydivers often photograph and film their jumps with a GoPro camera, but what happens if you want to shoot higher-quality photos with a DSLR? The solution is to mount it to your helmet and find a way to trigger the shutter.

Photographer Wolfgang Lienbacher demonstrated this recently by jumping out of a plane with the Red Bull Skydive team with a DSLR on his head and a shutter release cable in his mouth.


Lienbacher first figured out his camera’s point of view by looking at a live view through his smartphone. Using a red marker, he drew the frame lines onto his goggles to help with composing shots.

Next, Lienbacher placed the end of a shutter release cable in his mouth to trigger shots without using his hands. 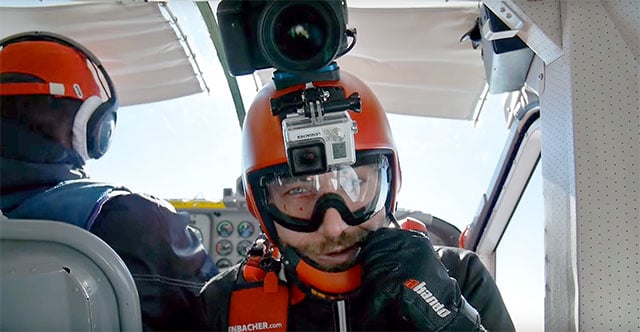 With this setup, Lienbacher can jump out of a plane, look around to compose his shots, and chomp down to expose a photo. 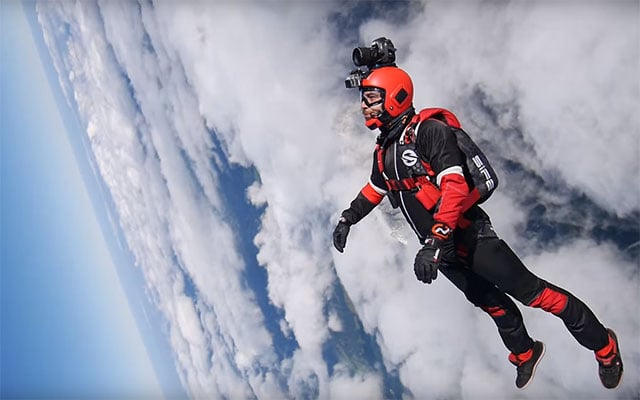 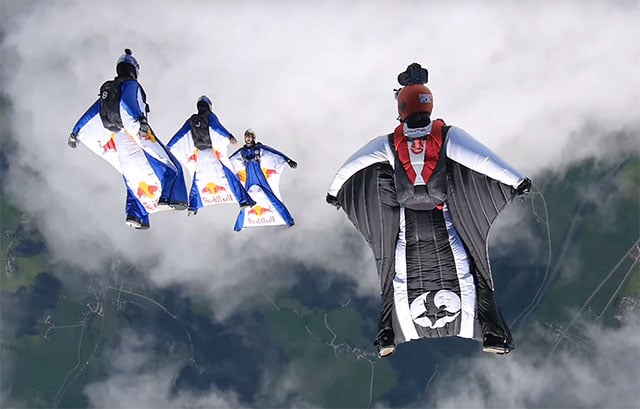 Here’s a short 45-second behind-the-scenes video showing how the shoot was done: 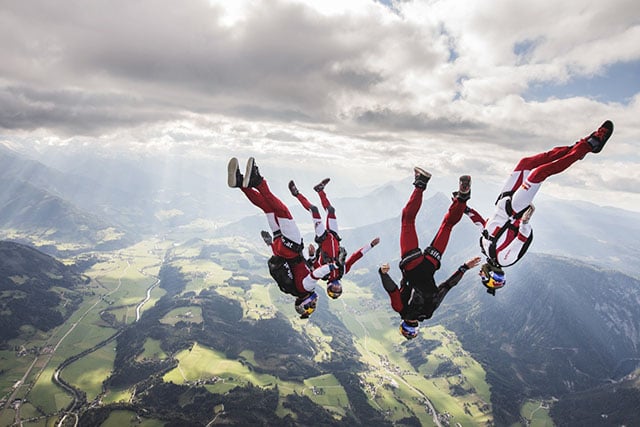 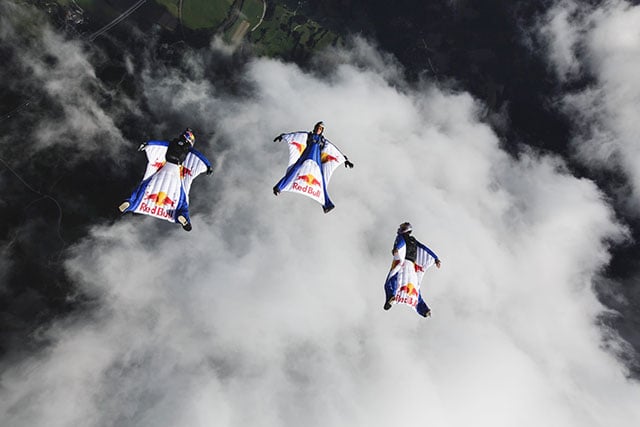 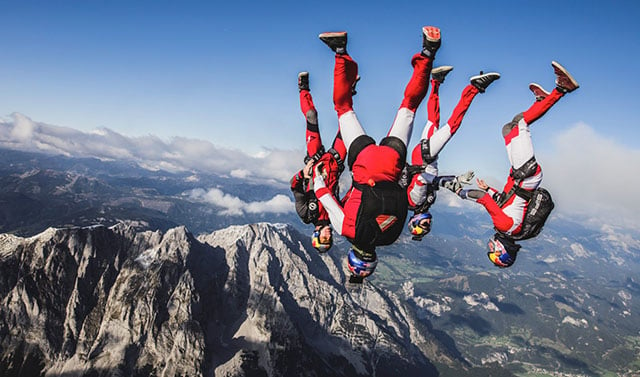