The kinds of stunts the rise of action cameras has allowed us to capture in POV are often scary, but more often than not they’re also planned. However, for nine skydivers, the footage their helmet mounted GoPros captured recently wasn’t planned in the least, and it will likely be the most terrifying thing you see all week… or month… or year.

The skydivers were getting ready for a planned group jump over Wisconsin last Saturday when the planes carrying them collided in midair, throwing the jumpers from the plane and turning what should have been an exhilarating and fun experience with friends into a terrifying near-tragedy. 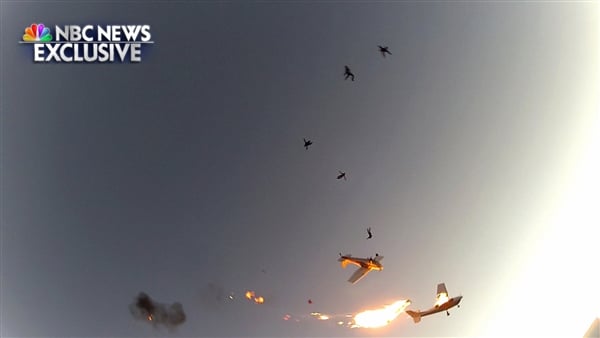 Fortunately, we’re able to use the term “near-tragedy,” because all nine skydivers and the pilots of both planes survived unharmed and, what’s more, recorded the entire thing from several different angles — if the Red Bull mountain biker video was action cam heaven, this could easily quality as the opposite extreme.

What it is for certain, though, is several miracles caught on camera: from the skydivers who all managed to avoid being hit by burning debris, to the pilot who used his emergency parachute to escape the wreckage midair, to the last pilot who managed to land the heavily damaged second plane safely.

Tamron Has a Shiny New 150-600mm Lens in the Works, Will be Its Longest Zoom Yet