Back in November of 2015, filmmaker Daniel Riley created what he dubbed “the world’s brightest flashlight”: a 1000W LED panel that pumped out an insane 90000 lumens of light. This week, he took his invention to the skies.

First, Riley upgraded his ‘flashlight’—which is more of an LED strip on steroids really—by swapping out the cheap eBay LEDs with some Yuji high CRI LED chips that are much more accurate and even brighter, although he didn’t reveal HOW much brighter. 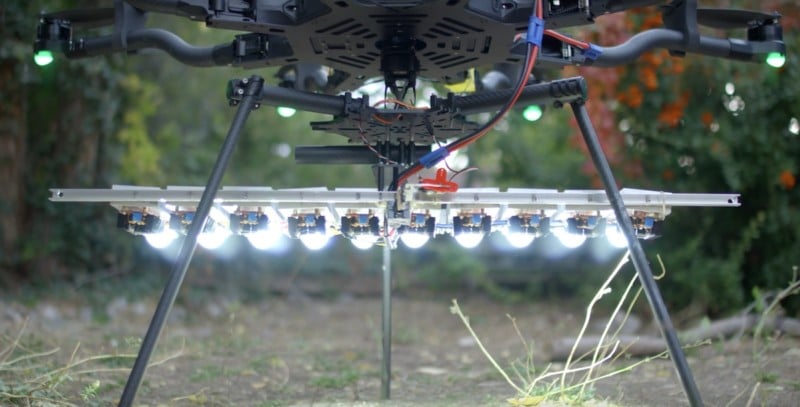 Once the light was upgraded, Riley attached the strip to the powerful Freefly Alta octocopter, along with an extra battery to run the lights and a servo to turn them on. Both drone and light can run for about 10 minutes on one charge, and the shots he’s able to capture with this blinding drone light are just extraordinary.

Of course, these low res GIFs don’t do any of the test shots justice. If you really want to see what’s possible when you attach a 1000W LED strip to an octocopter and let ‘er rip, check out the video up top and kick the resolution up to 4K.