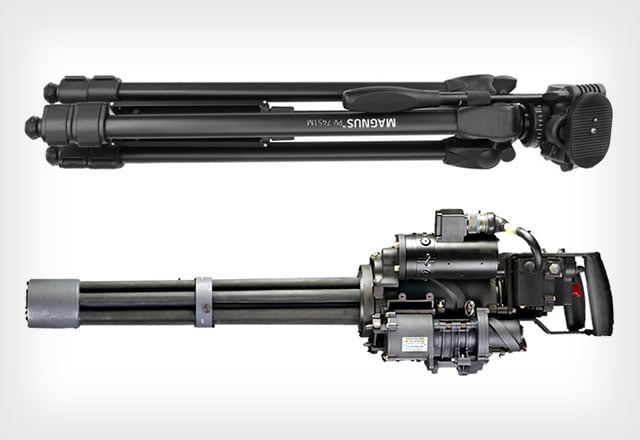 Police in body armor showed up at an office building in Lancaster, Pennsylvania, yesterday after someone called 911 to report a gunman holding a machine gun. Turns out it was a photographer holding a tripod.


ABC News reports that officers responded to the 11 a.m. call by searching the Griest Building floor by floor for the suspected gunman. They soon found the female photographer and her tripod, which was perhaps confused with a 6-barreled minigun.

Industrial Resolution, a software company in the building, posted a photo on Facebook showing the police with the photographer.

Sometimes, when a charming photographer from the Reading Eagle comes to take your photo for an upcoming story, and…

Lt. Todd Umstead of the Lancaster police department believes the caller did the right thing by calling 911, saying that his force would “much rather respond to a call like this” than to not get a call about an actual machine gun being carried around.