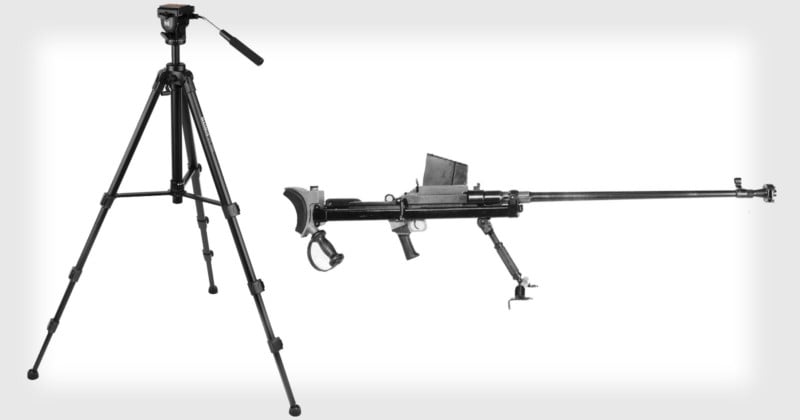 In September 2017, an Ohio newspaper photojournalist was shot by a deputy at a traffic stop when a tripod was mistaken for a gun. Now lawyers are arguing that the deputy “reasonably” believed that the tripod was a gun and that the photographer’s “negligence” may have led to the shooting. The state has also decided that the deputy won’t face any charges for the incident.

Photographer Andy Grimm was shot at around 10 p.m. on September 4th, 2017, when he pulled into a parking lot to shoot photos of a nearby traffic stop. Clark County deputy Jake Shaw, believing that Grimm was pulling a rifle out of his car, opened fire, hitting Grimm in the arm and stomach.

Grimm filed a lawsuit against the deputy and city in the aftermath, accusing Shaw of excessive force and violating his rights.

Now lawyers are now pointing the finger at the photographer, telling the court that Grimm’s actions were to blame, reports the Springfield News-Sun.

“[I]t reasonably appeared to Deputy Shaw that Andrew Grimm possessed a firearm under the conditions facing him, in the course and scope of his employment,” Shaw’s lawyers write in their response to the lawsuit, “and in good faith, to make a split-second decision to discharge his weapon in order to protect the public and himself from perceived deadly harm.

“Plaintiff Andrew Grimm’s own contributory and or comparative negligence and/or assumption of the risk may have caused or contributed to cause the injuries and damages of which he complains.”

The 25-year-old Shaw returned to work in October last year, reassigned to working at the county jail.