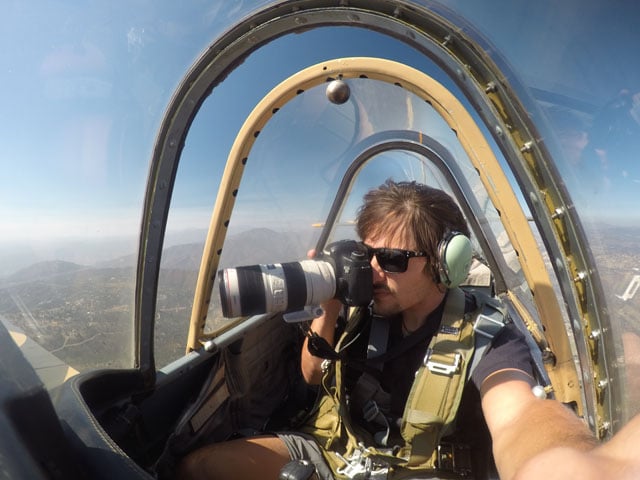 Nick Cahill is a photographer and filmmaker based in Incline Village, Nevada. One of his photos was recently selected for the cover of National Geographic magazine — the “Guide to the Night Sky” issue. We had a chat with Cahill about his life, work, and cover photo experience. Nick Cahill: I’m a self taught outdoor adventure photographer. Born and raised in the San Francisco Bay Area and relocated to Lake Tahoe Nevada in 2011. I’ve taken 1 photography course in my career, which was really a “how to develop film” course and taught me little to nothing about cameras, photography, composition or what I consider most important for myself – going out and shooting.

I’m fortunate enough to have a job as the Media Director for Force12Media.com, which gives me the freedom to pursue my personal photography without the stress of forcing paid freelance gigs. I think I’m a bit different than most. I consider having an outdoor adventure lifestyle to be equally if not more important than the tech side of photography. As a child my parents would take my family out to Yosemite National Park for two weeks every summer. These childhood experiences were the beginning of my appreciation for the outdoors. Which re sparked when I moved to Lake Tahoe. 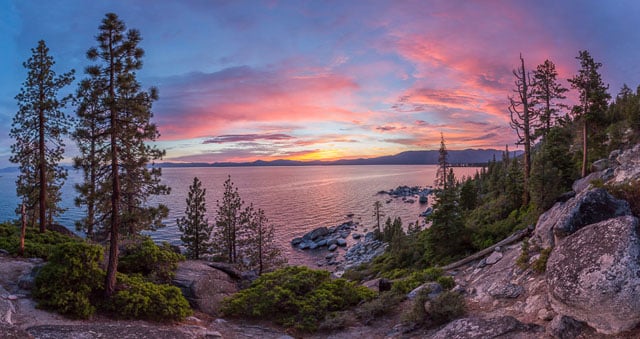 How did you first get started in photography?

I first got into photography after high school when I was working two jobs to build a racecar. I had a friend who would regularly snap images for me and eventually I decided that I might as well learn how to take my own images so I didn’t have to count on someone else to be around to document what I was doing. Cars lead into my outdoor adventure life, like snowboarding, long boarding and mountaineering and eventually into landscape photography. The more I shoot the more I realize I don’t like to be shoulder to shoulder with another photographer capturing the same moment. 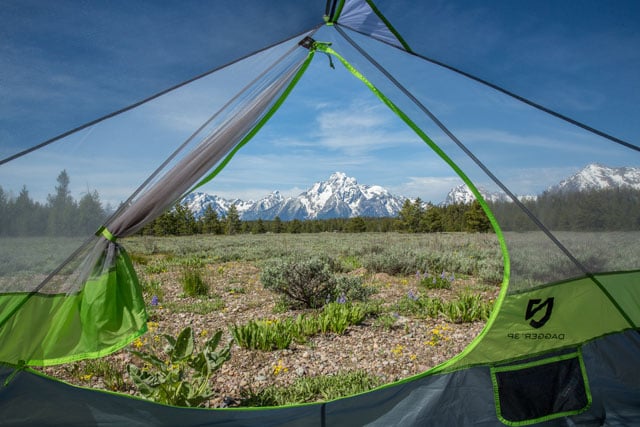 How did you get your photo onto the cover of National Geographic magazine?

I got an email last January, and to be quite honest I thought it was spam. It read, and I quote:

Hey I’m ____ from National Geographic and we are currently working on a special edition magazine titled “Guide to the Night Sky” and would like to try out one of your images on the cover. I have attached a screenshot of the image below, which we found on your website. Would you be willing to provide us with a high res file for our designer to test? We can’t proceed with a decision until we’ve seen the full file. Obviously we would not publish anything without your consent

I had been trying to acquire a cover shot for some smaller local magazines in Lake Tahoe with zero success, so I kind of assumed this was a joke or a fantastic prank from one of my photographer friends. My personal website, Instagram and Facebook pages don’t see much traffic so it was tough for me to come to the conclusion this was legitimate. Then I clicked on the drop down on the email, there it was an @nationalgeographic.com email… naturally I sent over my files, crossed my fingers and the waiting game began.

4 months later, I got another email while I was riding the stationary bike at the gym (because staying fit as an outdoor adventure photographer is just as important to me as shooting is) and read the email that said “Congratulations Nick, with your permission we would like to proceed with your image.” I just about had a heart attack at the 11 mile mark of my work out.

What’s the story behind the cover photo?

The photo, titled “Dark Needle,” was taken at Speedboat Beach in Lake Tahoe, August 2014. The story is as follows. I’ve been super inspired by my buddy Justin Majeczky and another local photographer Abe Blair who both took me under their wings and inspired the hell out of me. One night I was out shooting with Justin and I had been shooting a ton of panoramic shots for the past few months when he suggested “Why don’t you try shooting a vertical one” so I did exactly that. Were you paid for the use of your photo on the cover? If so, how did you go about negotiating a price?

Yes, I was paid to for the cover shot. They gave me a price range in the first initial email and I was able to get the upper end of that range, but its not as much as one would think. If you take a look at the back of any National Geographic you can see the credits. You’ll be surprised but a lot of images are from stock websites like Getty.

Would you be willing to share the financial figures with us?

Sure, the range they gave was $1,000-1,200, without exclusive rights. So I can still sell the image, let you guys post it and can use is however I please. 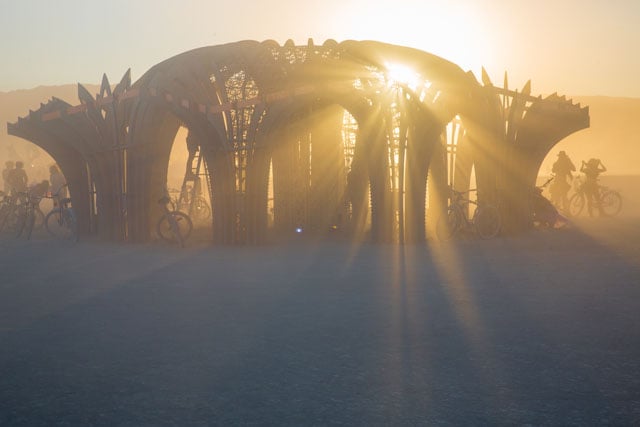 Where do you want to take your photography career?

I currently make a living entirely from photography and videography as the media director for Force 12 Media. However, I would love to take my outdoor adventure photography to the next level. I’m a huge fan of Jimmy Chin and Cory Rich and the type of photography they do. I have a few big wall rock climbing photography ideas that will have to wait until next summer but should be super rad. Have you gotten contacted by anyone after your cover photo on National Geographic? Aside from the photo being widely seen, how much exposure does it get for you as a photographer?

Unfortunately not as much as one might think. 99% of the exposure has been me reaching out to people. I need a proper PR agent to really get it going.

Do you think getting your photo on the cover of Nat Geo will open doors to other big opportunities with other publications? Has that happened at all yet?

Absolutely. Specifically when talking to companies about becoming a brand ambassador or reaching out for sponsorships. “Maybe” becomes a “yes” a lot faster than I imagined.

Whats next for you?

Funny you should ask, Mike. About a week prior to getting the initial email from Nat Geo my girlfriend and I purchased a 1988 Thomas Built School bus. Our plan was to build it into a tiny home to attend Burning Man more comfortably in. As we were building the bus out I was forced to think multi purposed in terms of maximizing our 100 sq feet. Which lead me to thinking about how this bus could be multi purpose and maximized.

We got our bus right about where this photo was taken in the desert.

Bamboo floor day. We're very excited! This was a big step in making our bus feel more like a home. 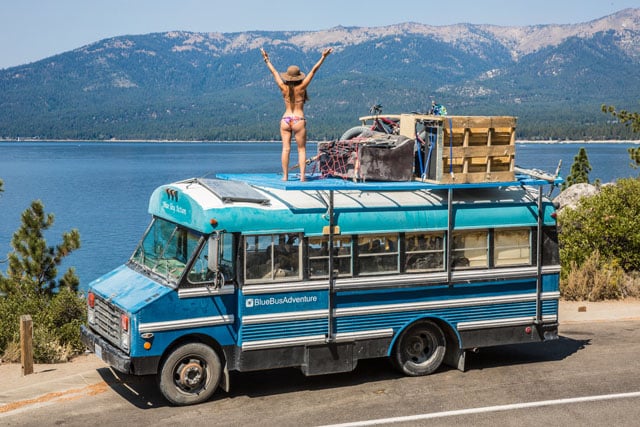 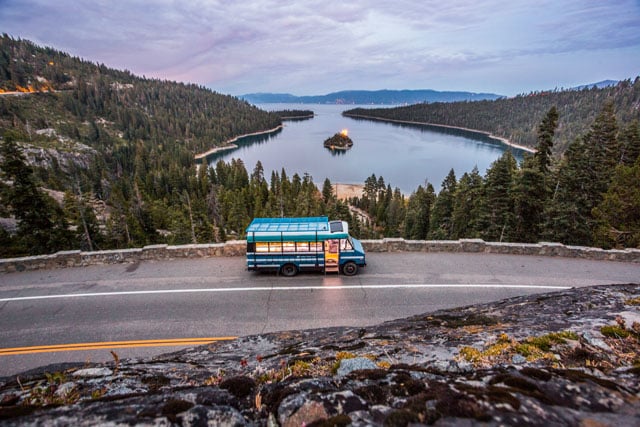 Where are some places you’re planning to take the photo bus?

We will start on the west coast since we’re already here. Probably head north and go through the pacific northwest and head down from there in the spring. I would love to make it to Havasu Falls and Zion National Park, but for the most part I would like to avoid national parks and the more touristic spots that tend to get shot. I would love to get lost on the coast and shoot some milky way images in locations I’ve never been.

What advice do you have for other photographers?

My advice would be advice they’ve probably heard time and time again, but I have a quote that I pretty much live by and am finally realizing its very true: “Do what you love and the rest will follow.”

‘HASHTAG NOFILTER’: A Creepy Short About the Dark Side of Social Media