Earlier this year, GoPro announced that it will be launching its own camera drone in the first half of 2016. While details of the quadcopter’s specs, features, and design have been sparse, GoPro just published the teaser video above to show what the drone is capable of.

The footage was “captured with a developmental prototype of GoPro’s quadcopter and stabilization system,” GoPro writes. “No post-production stabilization was implemented; this is an example of the incredible image quality we are already able to capture at this advanced prototype stage.”

From the description of the 1440p video, we see that the footage was captured with a GoPro HERO4 camera that was mounted to the drone. From the shots, we see that the drone does quite a good job of keeping the camera stable as it flies through the air. 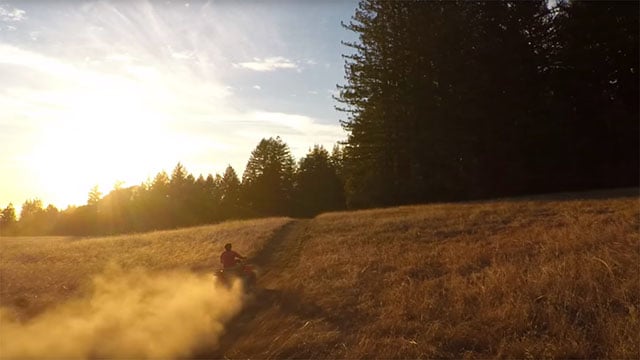 The release of this video coincides with GoPro’s third quarter earnings announcement, which disappointed investors. International revenue tripled, but sales in the Americas fell 7%. Revenue and net income both missed analysts expectations ($400M vs $433.6M and 13 cents per share vs 29 cents), sending the stock price plummeting by over 16% in after market trading today to an all-time low.

(via GoPro via Engadget)

Ep. 16: Canon Earnings Are Down. Will The Rumored Full-Frame Mirrorless Body Turn the Ship Around? – and more