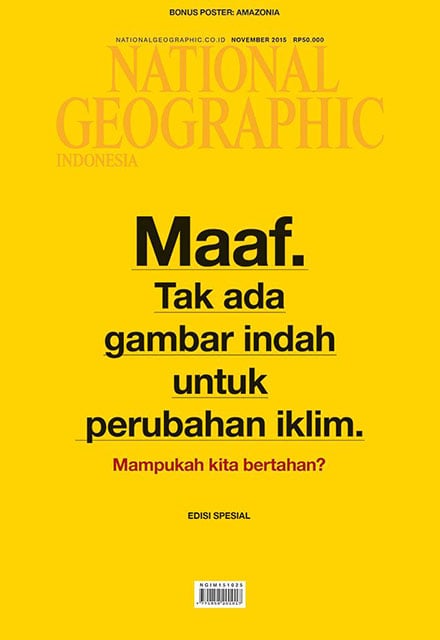 Instead, the cover is dominated by stark text that roughly translates to: “Sorry: There are no beautiful images of climate change. Can we survive?”

The magazine shared the cover on its Facebook page this past Sunday:

“Our editors of National Geographic Indonesia decided for the first time to not use photos or illustrations for the November 2015 edition cover because there are no beautiful photos for describing climate change,” a rough translation of the post reads. “Can we survive? We can all change it. Together, lets improve our view and behavior of/toward Mother Earth.”

(via National Geographic Indonesia via Photoblog.hk)

These Portraits of Auto Mechanics Are a Homage to Renaissance Paintings